Dawson best of the Irish after day one in France 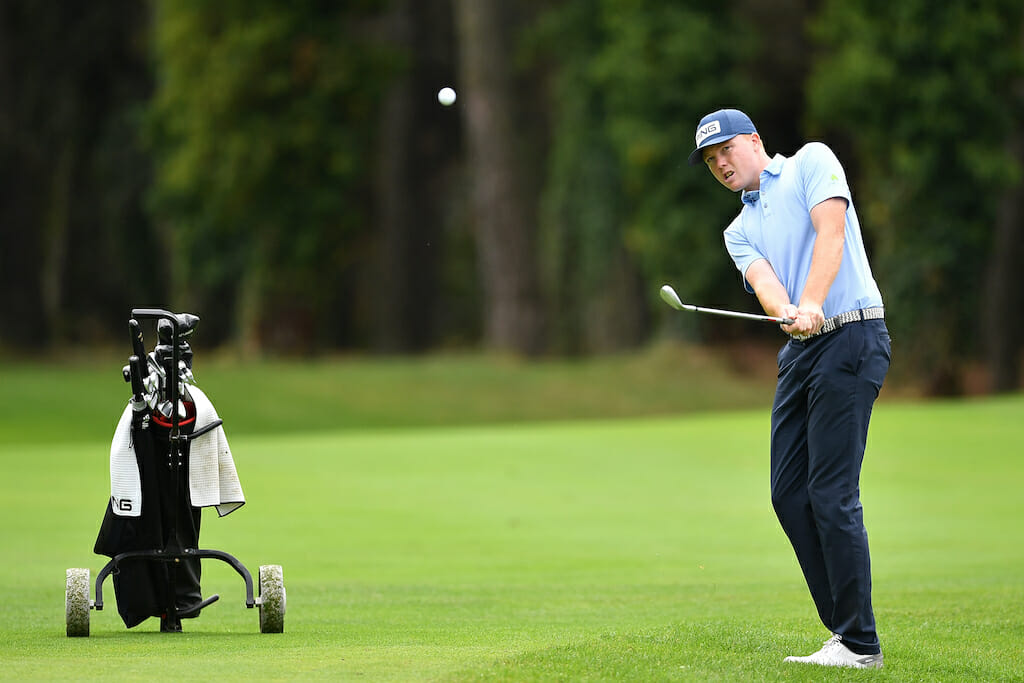 Robin Dawson fired a three-under par round of 69 to fare best of the Irish on day one of the Hopps Open de Provence in France.

The Tramore professional carded four birdies and one dropped shot, leaving him just outside the top-20 and only three shots off the lead.

Just one shot back of Dawson was 23-year old Kinsale pro John Murphy who continues to impress. Fresh from a tied-11th result last week in Germany, Murphy posted five birdies and three dropped shots, laying the foundation for what he’ll hope is another good week in Challenge Tour company.

As for the rest of the Irish contingent, Naas pro Jonathan Yates traded three birdies and three bogeys in an even par start with Ballymoney professional Michael Hoey down the leaderboard after an opening one-over 73 while Paul McBride was a further shot back after a two-over 74.

At the top, Chilean Hugo Leon and French pair Sam Testelin and Tom Vaillant all went bogey-free to join an an eight-way tie for the lead on day one in France. The trio’s six under par rounds of 66 were matched by two-time Challenge Tour winner Marcel Schneider of Germany, Italian Enrico Di Nitto, Swede Simon Forsström and two further home favourites in Jérôme Lando-Casanova and Alexandre Fuchs on a weather-interrupted day at Golf International de Pont Royal.

British Challenge presented by Modest! Golf Management winner Leon is full of confidence after his maiden Challenge Tour win at The Belfry earlier this month, admitting he felt as if he could birdie almost every hole on day one in Provence.

“I played very well today. It was probably the best ball-striking I’ve had since I came over this season. Everything felt good, I putted it beautifully and I was six under par but I had a lot of looks at birdie. Overall, it was a very pleasant round of golf.

“I made a very good par save on seven, but other than that I hit everything so clean. I had great control over the ball and I felt as if I could have shot lower than six under today. That’s always a great feeling because it doesn’t happen often in tournament rounds. I was on point today, knew my numbers and I felt as if I had a chance at birdie on almost every hole.”

Amateur Vaillant impressed on his maiden Challenge Tour appearance and was delighted to please the local crowd at Golf International de Pont Royal.

“It’s my first Challenge Tour event and my first season playing professional tournaments,” he said. “I am still an amateur and I am still learning every day. I want to play well with the help of my caddie, hit good shots and make good decisions.

“I was a little bit nervous on the first tee, but I was excited to start because this is where I want to be, playing against professional golfers. I tried to stay calm and just play like any other normal day.

“I was putting well out there today, I had a good speed on every putt and the grass was very similar to where I grew up, so I found chipping easy today. My iron game was solid, I just tried to hit the greens and play the percentage play.”

The first round of the Hopps Open de Provence was suspended due to darkness at 7:46pm local time and resumed at 7:45am on Friday.