Walsh kicks off season with bogey-free 69 at the ANNIKA 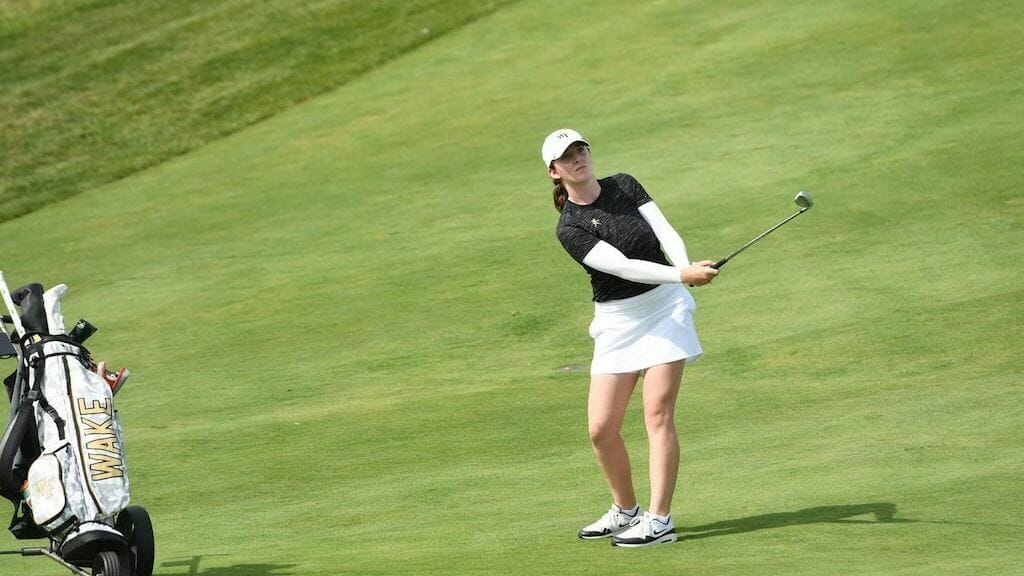 The Wake Forest women’s golf team is currently in third place after the first 18 holes of the ANNIKA Intercollegiate where star Junior, Lauren Walsh sits inside the top-10 at T8.

Off the back of a summer that included a Major Championship debut at the AIG Women’s Open as well as a maiden Curtis Cup appearance, it was business as usual for Walsh back in collegiate golf with three birdies included in a blemish-free opening 69.

The Deacs had a slow start to the morning, falling as low as 10th, but made a run on the second nine to break through the top five. Walsh and teammate Mimi Rhodes each recorded three birdies and zero bogeys on their second nine holes, and each birdied the par-five, 451-yard 18th. Walsh started her second nine with two pars and tallied back-to-back birdies on the par-three 12th and par-four 13th. Rhodes recorded birdies on the par-four 13th and 15th before ending her round.

Freshman Carolina Chacarra finished her first nine just one over par but ended the day with back-to-back birdies on the par-five 17th and 18th. She also eagled the par-four, 372-yard 15th. With Walsh inside the top 10, Rhodes and Chacarra both sit inside the top 20 at T15 and T18, respectively.

Tuesday’s second round will begin at 9 a.m. ET. Wake Forest will be paired with South Carolina and Duke with their times beginning at 9:50 off the first hole.