O’Rourke just four back after sizzling 64 on EuroPro 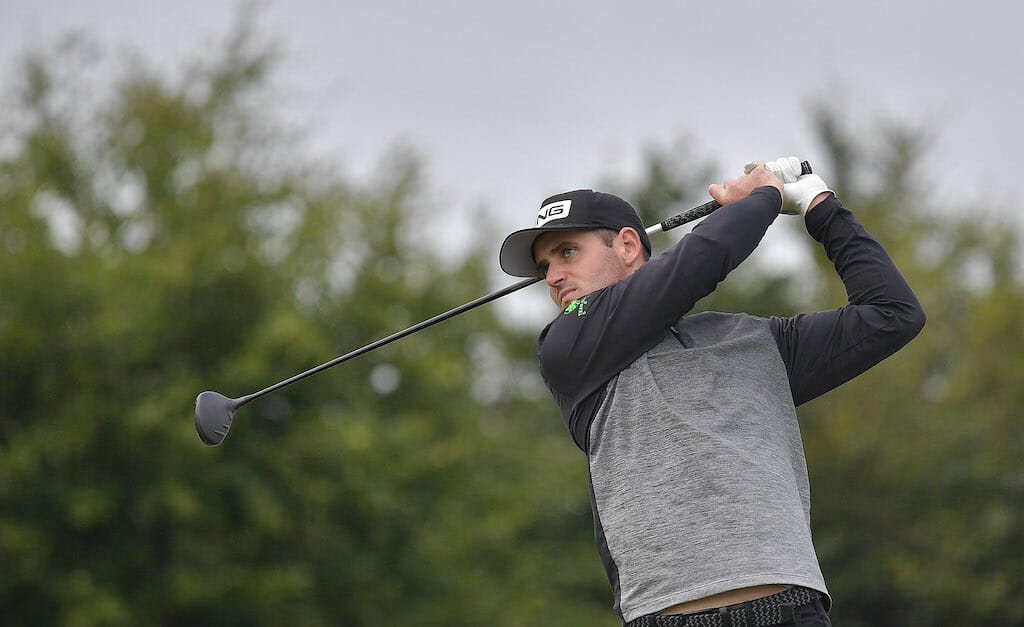 K Club professional Conor O’Rourke fired a six-under par 64 to launch himself into contention ahead of the final round of The Motocaddy Masters at Leven Links in Fife.

O’Rourke carded six birdies without a bogey in sight to move 22 places up the leaderboard and inside the top-10 in a share of ninth at eight-under par, just four shots back of William Harrold’s 36-hole lead.

O’Rourke heads a quartet of Irish through to the final round of this week’s EuroPro assignment with Galway’s Ronan Mullarney safely through at five-under par, two shots inside the cut-line.

Mullarney also went bogey-free with a two-under 68 but lost 10 places on the leaderboard on a hot-scoring day in Fife. He sits in a tie for 28th, one shot clear of Shannon’s Daniel Brennan and Tullamore’s Stuart Grehan who both carded three-under 67s to make the cut on the number at four-under.

Limerick’s Tim Rice fell on his shield after a brilliant second round 63 saw him miss out by two strokes at two-under par.

At the top, Harrold (Sheringham Golf Club) kept it steady on the front nine going out in 32 before into the back nine where he had to contend with two bogies but bounced back to be one clear of Robbie Busher and Mitch Waite at -12.

Busher (Rushmore Golf Club) will play in the final group for a second week in a row after a second round of 63 for seven under par which includes coming in for 31 (-5) including birdies at 11, 12, and 15 plus an eagle at the 13th. Waite (Filton Golf Club) has been the trailblazer this season with two wins and he underlined his strong showings of late signing for a day of eight under par for 62 with five birdies on the back nine. He will go into the final day on the back of 1st, 2nd, 3rd, and 1st finishes in his last four tournaments.

Josh Hilleard posted a round of 64 (-6) to move to solo fourth and within two shots of Harrold whilst Tippity Green Golf Club’s Jack South kept pace to go to nine under from a round of 67 to be tied fifth. South is joined by previous Leven Gold Medalist Kieran Cantley, Liam Murray, and Curtis Knipes.

This week’s tournament is sponsored by our long-term partners Motocaddy Golf, the world’s top-selling trolley brand. As well as the £12,500 first place. The Motocaddy Masters champion will also get an M5 GPS with Lithium battery and a PRO 3000 Laser; the runner-up receives an M1 with Lithium battery, while the player in third place will also take home a popular PRO 3000 Laser Rangefinder, which in total is over £2,000 worth of prizes. Motocaddy is also offering a PRO 3000 Laser as part of a special skills-based challenge for the players throughout the event with the winner carding the most birdies/eagles through the three rounds.