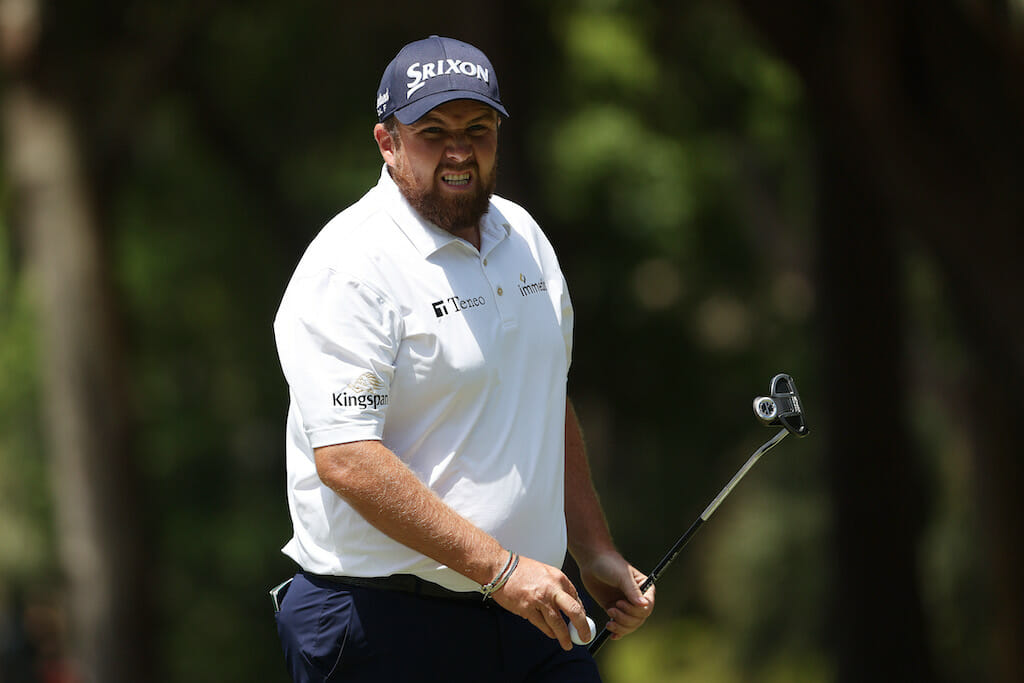 Victorious 2014 Ryder Cup captain Paul McGinley is predicting Shane Lowry will require a ‘wildcard’ pick after the events on day one of the BMW PGA Championship at Wentworth.

Lowry was delighted to birdie the last in a two-under par 70 and aside from a Leona Maguire-like fist pump for birdie four holes earlier, the former Open Champion struggled for the bigger part of his round on the famed ‘Burma Road’ course.

Just one shot behind Lowry, and just inside the top-50, is Austrian Bernd Wiesberger, the player McGinley predicts, after this first day’s play, will unseat Lowry from his current ninth and last ‘automatic’ European Team selection standing on the table. Wiesberger needs to finish top-50 to bump out Lowry and after slumping to three-over par after six holes, the 35-year-old Vienna golfer was making all the right selection sounds in finishing birdie, eagle for a 71.

“To be three-over early in his round and then come back with that big finish, and put himself on the right side of 50th position, speaks volumes for Wiesberger’s fighting qualities,” said McGinley speaking on SKY Sports Golf.

“The probability, at this stage, is that you would say Bernd is going to jump Shane Lowry and that is if Shane doesn’t have that top-eight finish he needs to hold onto that ninth qualifying spot.

“It then leaves Padraig with a choice between Henrik Stenson and Justin Rose or a Shane Lowry and that’s what you have to say at this time but as we know, it’s chopping-and-changing every day and will do from now to Sunday night.”

For the opening 13-holes, Lowry’s body language was not all that good, included raising his arms over his head when sending his second shot long to the back of the green at the 14th.  Though Lowry’s monster birdie putt could have done with a visa given how far it travelled. Whatever about the length, the former Open Champion got the line right with his ball just having enough momentum to find the bottom of the cup.

Lowry gave the shot straight back at the next and rammed his putter back into the bag ahead of a great second shot into the last before two-putting for birdie.

Moments earlier, Harrington walked off the last with a disappointing double-bogey in finding the water guarding the green in attempting to lay-up for a round of a level par 72. Graeme McDowell, on Ryder Cup vice-captain’s duty watching over Scottish hopeful Robert MacIntye, finished tied on one-under par with Clandeboye’s Jonathan Caldwell.

MacIntyre did his chance of even being considered a ‘pick’ no favours in finishing bogey, double-bogey and par in a two-over 74 to be trailing well down in 105th position.

The duo of Thailand’s Kiradech Aphribarnrat and South African Christian Bezuidenhout lead the field with eight-under par 64s while Rose is back in bloom at the right time in posting a 67.

Aphribarnrat capped his round near lunch with five birdies in succession from the 10th hole while Bezuidenhout, who recently joined Aphribarnrat as a fellow 2021/22 PGA Tour member, highlighted his round with a fourth hole eagle and then three birdies in a row before ending his day with another hat-trick of birdies, including holing a curling birdie putt on the 18th.