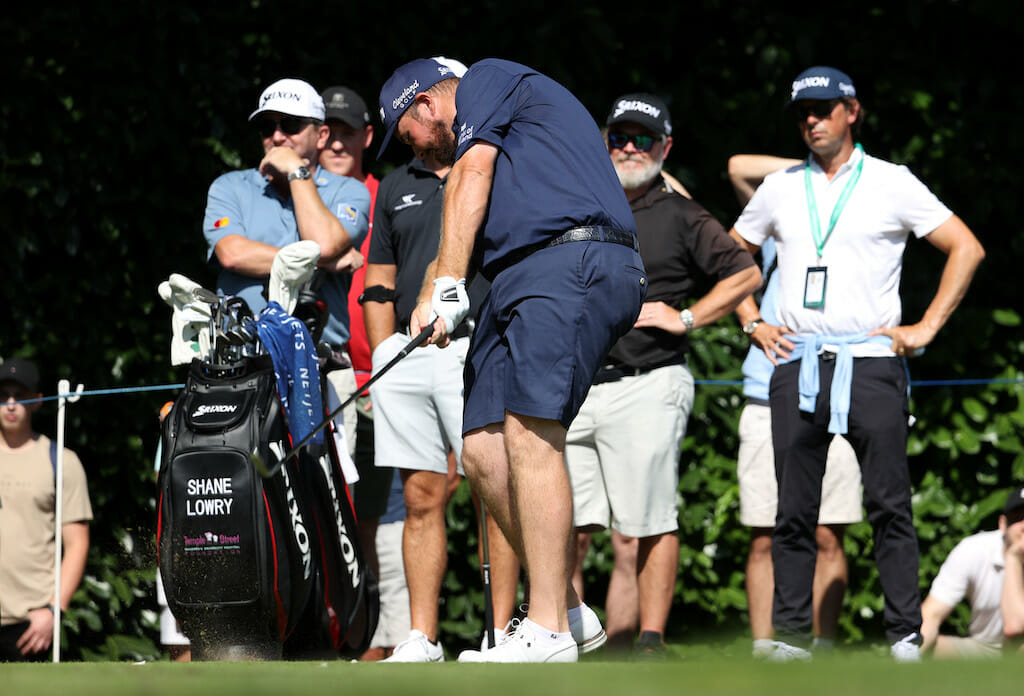 Shane Lowry admits he’d “give anything” to have the opportunity to emulate Solheim Cup star Leona Maguire and lead Europe to victory on U.S. soil at the Ryder Cup in two weeks’ time.

Currently sitting in ninth and last spot on the automatic list of qualifiers to Team Europe, Lowry is in touching distance of a Ryder Cup debut at Whistling Straits and although his mind will drift to dreams of Wisconsin, first and foremost he must secure his place in Padraig Harrington’s side.

“I obviously need to go and make the team first this weekend but when it comes to it next week, I’ll want to go and have as big an impact as I can,” Lowry said prior to teeing up at this week’s BMW PGA Championship at Wentworth.

“I’ll want to go and win points if I’m there and do all that type of stuff. Leona literally had the dream week last week. She basically won the Solheim Cup for Europe and I’d give anything to have the opportunity to go and do that in a couple of weeks.”

Lowry delivered news to the masses last week that he and wife Wendy had welcomed their second daughter, Ivy to the world. With the new arrival in tow, it meant plenty of late nights for the delighted Dad of two but a lack of sleep had one benefit; he hardly missed a shot of Solheim action.

Maguire’s player of the tournament performance, where she made history after collecting 4.5 points at the tournament, the most in a single renewal ever for a European player, was particularly pleasing to Lowry’s eye but no surprise to the 2019 Open champ, not least because his former bagman Dermot Byrne had been speaking to Lowry a fortnight ago about the star attribute’s of his latest employer.

“Obviously Dermot used to caddie for me and now he’s with Leona and I was asking him about her a couple of weeks ago and he said to me that she’s an unbelievable competitor and an unbelievable putter and she obviously showed that at the weekend. So it was a good call by him and it was an amazing win for them.

“Hopefully I’m part of the team in a couple of weeks and hopefully we can use that to go ahead and maybe match what they’re after doing and win on American soil.”

First up for Lowry is a 12.55pm opening day tee-time on Thursday alongside two hopeful Ryder Cup teammates in Tommy Fleetwood and Lee Westwood.