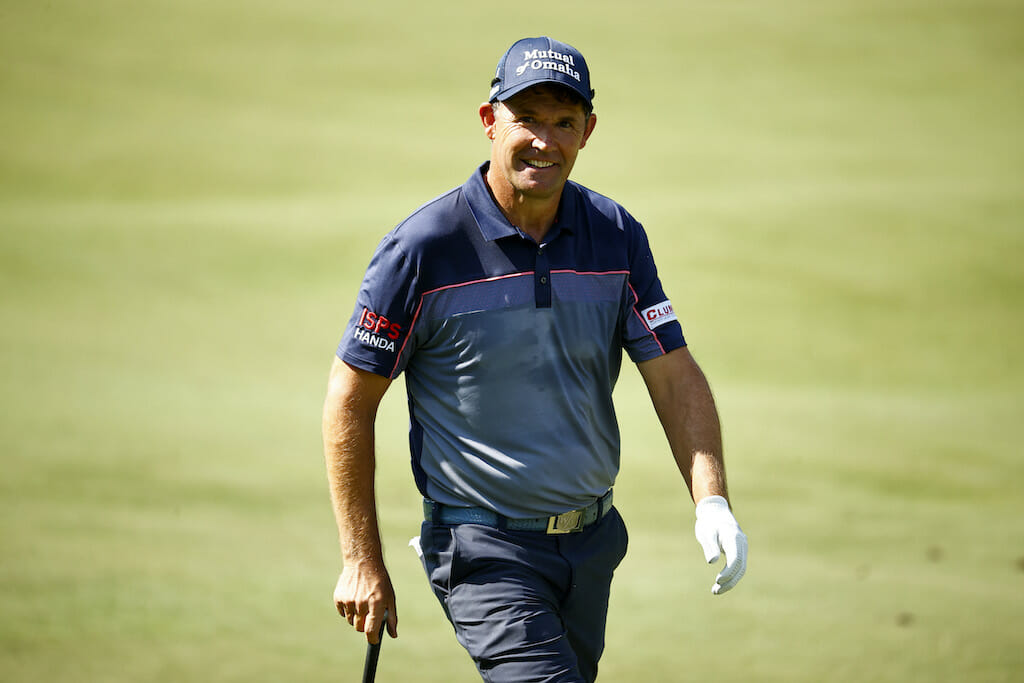 European Ryder Cup Captain Padraig Harrington could not contain his praise in handing Leona Maguire a tremendous tribute declaring the winning Solheim Cup hero to be now one of ‘Ireland’s greatest golfers’.

Harrington was speaking publicly for the first time since the incredible events of Monday night Irish time when Maguire, in her debut Solheim Cup, helped steer the Europeans to a stunning 15-13 triumph at Toledo, Ohio.

Maguire, 26, created European Solheim Cup history in being undefeated to secure 4 ½ points from a possible five and in the process, become the highest European Team points scorer in a single Solheim Cup since the inaugural event in 1990.

Harrington, himself a veteran of six Ryder Cup’s as a player since 1999, including his maiden appearance in the ‘Battle of Brookline’ where he scored just 1 and ½ points from his three matches, was over the moon with his praise and joy for Maguire.

“It is phenomenal,” said Harrington. “She’s (Maguire) so young but she is now one of Ireland’s greatest golfers. She’s right up there. What she’s done is fantastic. It’s inspirational. It’s inspirational for us, the Ryder Cup Team, what she went out there and done.

“But I can’t tell you how important it is in Ireland for golf, for all sports in Ireland, for all people in Ireland. We love our sport and we love people being successful in Ireland but I think we are a better country than any for celebrating our successes.

“But I really think that Leona’s golf, yes, it will motivate young girls to get into the game and be a bit more competitive and carry it through, but I think it will motivate all golfers and all people in Ireland, all sports people, what we can achieve on the world stage, and that’s what she’s done.

“For us in Ireland, we’re a small country and we do need to believe at times that we can do it on a world stage and sometimes we get lost or we get out of that bigger stage, and having people like Leona go out there and deliver on the biggest stage there is; that so many people get behind in all sorts of sports, and not just young girls but the young boys, as well, will go, ‘hey, I can be one of the world’s best’, rather than thinking they can be the best in Ireland, but thinking I can go on and be one of the world’s best.

“We’ve seen people do it before. It is incredibly important all the way through the game, especially for the ladies game, but would I say for golf in general and sport.”