Tainted Love* – a visit to a revitalised Narin & Portnoo. 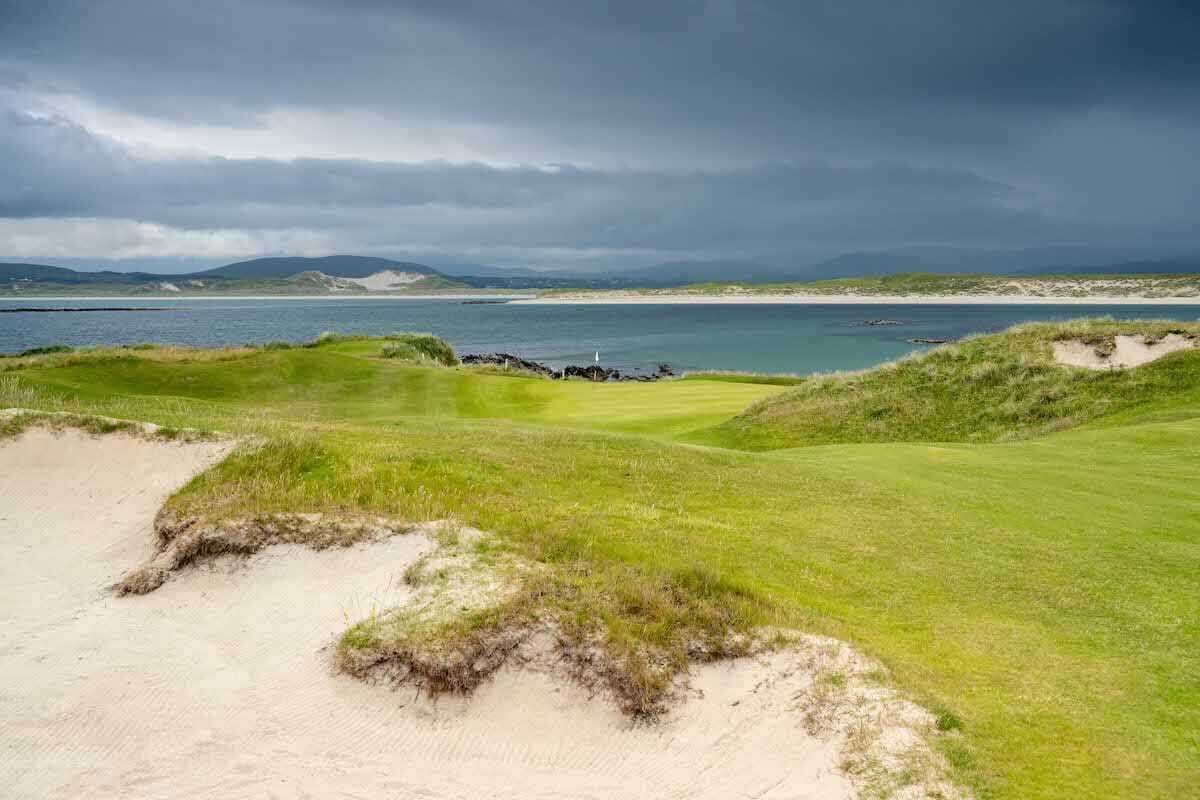 The first time I played Narin & Portnoo was in 2007. I fell in love with the place, its remote location and the beautiful Irish setting of sea, mountains and sand. Holes 7 to 11 quickly became my favourite stretch of holes anywhere. It started and finished with par-3s and took you as close to the ocean as any Irish course… on three sides.

A few years ago the club was purchased by Liam McDevitt Larry Foley, and a new chapter began. They brought in Gil Hanse and Jim Wagner, one of the world’s most respected design teams, and after a huge amount of work – and imagination – the new Narin & Portnoo reopened in mid 2020.

I was champing at the bit to see the changes in all their glory and I finally managed to play it this summer. It was an interesting journey for me. There were certain elements of the old course – at least the Eddie Connaughton creation – that worked well; there were others that didn’t. Three consecutive par fives (13 to 15) proved a challenge a touch too far for some golfers, especially so late in the round. Under Connaughton’s upgrades the links moved from a par 69 to a par 73. Gil Hanse has turned back time, making it par 70 with five par threes – three of them all shiny and new. The course length, however, is not that different.

Fifteen of the greens have been moved and their shapes are what sets them apart from the old course. Strong angles, steep run offs to rattle the nerves and big slopes to provide plenty of entertainment. If you look at these greens (and Doak’s greens at nearby St Patrick’s) you’ll see the strength and imagination of the modern designer. They’re things of beauty. I spent 10 minutes putting on the 8th (the old 9th) green… the one on the corner of the course where the land disappears into the sea of Gweebara Bay. I loved its shape and the rhythm… but I could easily have done the same on any green here.

I finished with mixed feelings so, for the sake of clarity, here are my Pros and Cons of the new design.

It is easy to nit-pick over such things when your favourite run of holes is no more (the new par-3 9th has interrupted things) but the Hanse/Wagner team has redesigned Narin & Portnoo to pack a bigger and more modern punch than before… and it more closely reflects its pre-Connaughton origins. It tests you in new ways: the five par-3s demand more care in the wind; and the new greens require more intelligent, strategic approach play. Those green complexes are the cornerstone to a thoroughly entertaining day’s golf and they will greatly enhance Narin & Portnoo’s reputation at home and abroad.

* Tainted Love was a number one hit for Soft Cell in 1981. It was originally recorded by Gloria Jones in 1964.