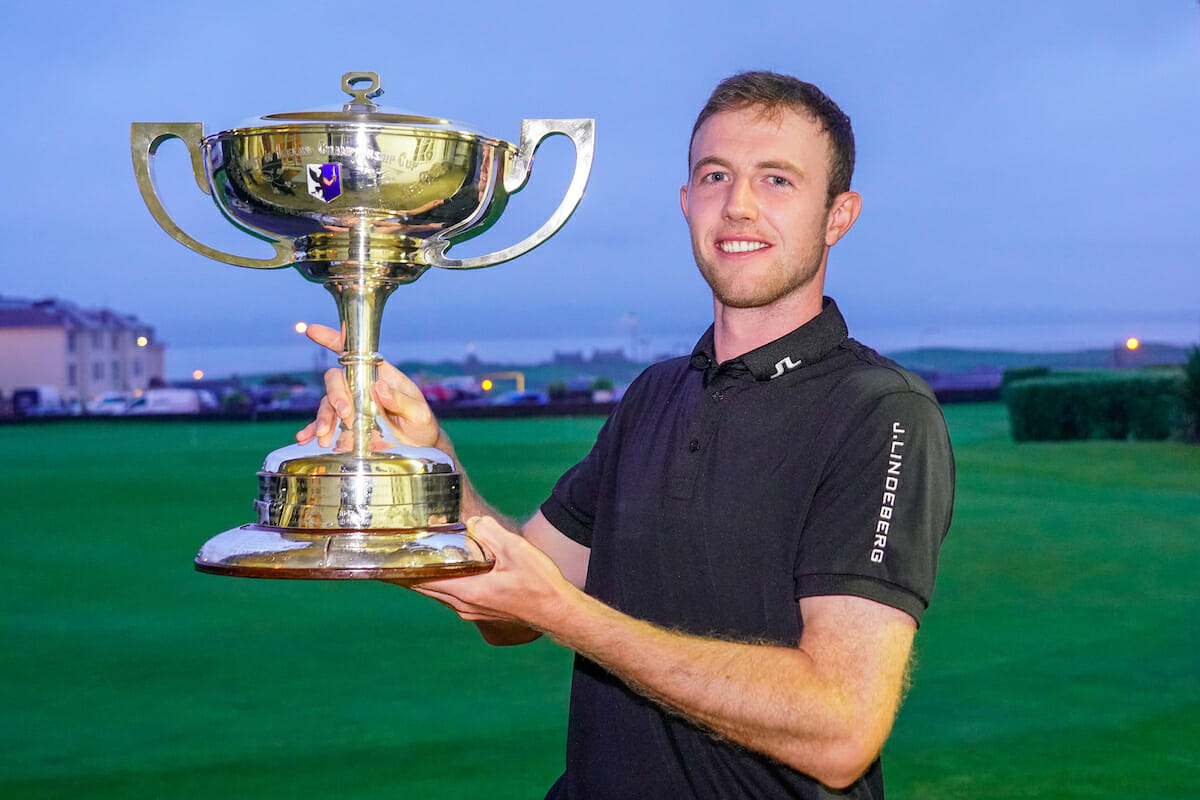 Royal Dublin’s Hugh Foley added the West of Ireland Championship to The Irish Close title he won at Rosapenna last year after he finished on 9-under par, five shots clear of Galway’s Liam Nolan and overnight leader Paul Coughlan (Castleknock).

As can sometimes happen at ‘The West’ albeit typically a bit earlier in the season, torrential rain accompanied the players in the afternoon on Sunday and there were only seven names  under par after four rounds at Co. Sligo GC.

After carding a superb round of 66 on Sunday morning, Foley took to the course with a five shot lead and it was a lead he never looked like losing.

Sligo’s TJ Ford initially closed the gap to three early in the afternoon round but a triple bogey on the 9th put paid to his challenge and it was left to Nolan and Coughlan to put up the biggest fight with the duo finishing on 4-under par where Nolan’s final round of 66 was the best of the afternoon.  Neither could find the birdies required to match Foley however and he closed with a final round of 2-over par 73.

Speaking after the win, Foley was delighted to come out on top after a gruelling competition.

“I’m knackered. It was two long, long days. There was a lot of stress and a lot of emotions.

“Everything was going my way in the third round. I played great, had a couple of lucky bounces, and made plenty of putts.

“To have my name on two Championships is brilliant. I have to thank my coach Geoff Loughrey. He took me on as a four handicap. I was here a few years ago, missing a putt in the play-off for the Qualifiers. To win the trophy is incredible”.