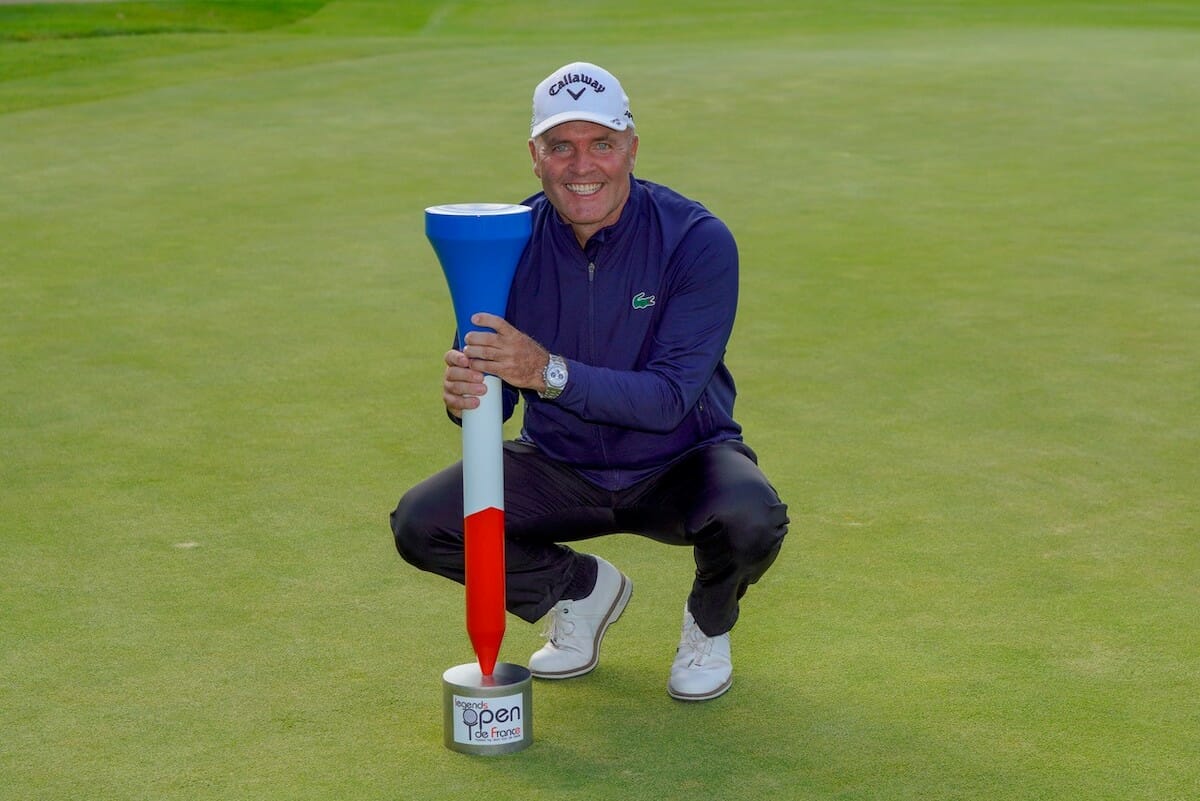 Paul McGinley carded a second successive 69 to finish just outside the top-10 on the Legends Tour but still finished some nine shots adrift of Thomas Levet who thrilled the home crowd as he secured an emotional second Legends Tour victory at the Open de France hosted by Jean van de Velde.

Brendan McGovern finished on 2-under par in T16 position but all the plaudits must go to Levet, the six-time European Tour winner who carded a three under par final round of 68 to move to 13 under par, three shots clear of Canadian David Morland IV, who finished in second place at Golf de Saint-Cloud.

The 52-year-old Levet believes his triumph was written in the stars after the recent passing of his coach, and Levet paid tribute to the man that has played such an important part in his illustrious golfing career.

“I think everything was written this week,” he said. “My coach died last Sunday and it’s my birthday tomorrow, so this is all for him. It’s a nice gesture for him because he has always looked after me, he was my coach for 40 years and I think it’s a good way to remember him and a gift for the family. I’m thrilled to win here, I’ve now done the double in the French Open and the French Senior Open, not too many people have done that. I’m really happy about it.”

The Frenchman demonstrated an exhibition of consistency to play all three rounds under par on home soil, admitting that he relishes the pressure that comes with leading on the final day of a professional tournament.

“I’m not somebody that struggles with pressure,” he said. “I have always tried to do my best, whatever the conditions and whenever I play against somebody I try to produce the best result and that’s why under pressure I normally do well.

“When you’re playing well, pressure is very easy to handle because you know the shots will come out the way you want and I’ve never lost a tournament when I have been leading on the final day and that’s something I’m very proud of in my career.”

Levet fed off the electric home atmosphere in Paris and was overjoyed to seal victory in front of the eyes of some old friends.

“It was a lot of fun having the home crowd behind me,” he said. “My local club is only 15 minutes away, I have a lot of childhood friends here, members of my club and people that I have known for a long time. It’s always nice to win on home soil, it’s a special feeling.”

The Legends Tour now heads to Scotland, with the Scottish Senior Open hosted by Paul Lawrie taking place from September 10-12.