Bekker takes charge at The Belfry as Hoey falters 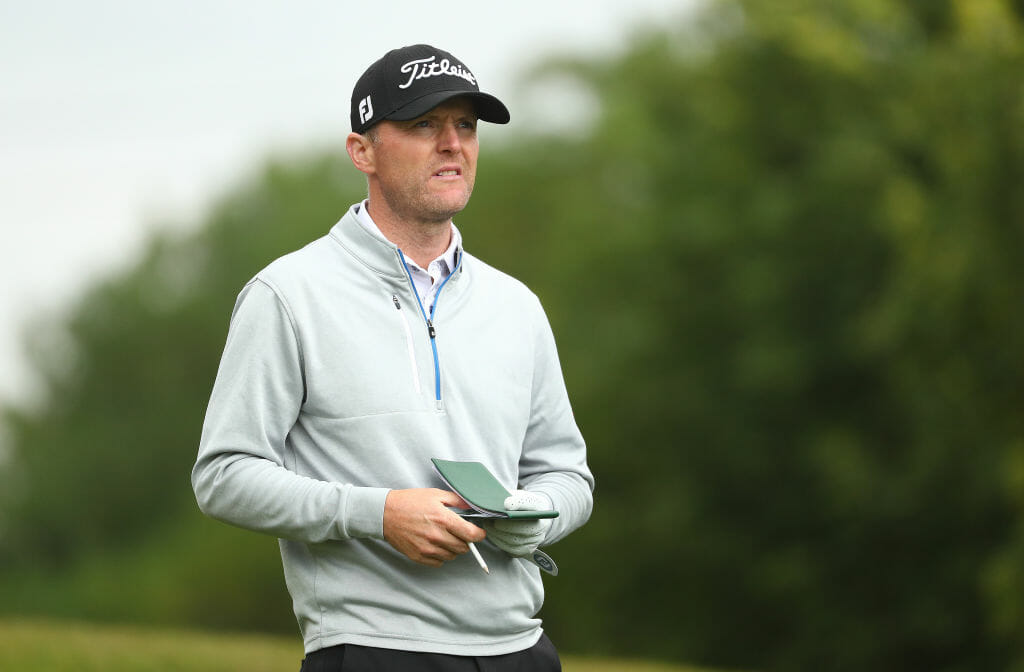 Michael Hoey followed up his stunning 63 on Friday with a less stunning 74 on Saturday as the Northern Irishman slipped into a tie for 30th position at the British Challenge presented by Modest! Golf Management.

Hoey, looking to capitalise on his share of second place at last week’s BN-L Challenge and with one eye on the Road to Mallorca Rankings went into the week in a tie for 26th with the top-20 earning full main Tour status for next season but his third round leaves him with a lot to do.

Gavin Moynihan meanwhile added a 70 to his opening 70, & 67 efforts to boost him into a tie for 20th place, two shots ahead of Hoey, on 9-under par but John Murphy had a day to forget after a 75 saw him lose ground on the leaders and he is tied on 4-under par alongside Tom McKibbin in 45th position.

There was a new PGA National course record for Oliver Bekker as he took control of the tournament following a stunning ten under par third round of 62. The South African finished with back-to-back birdies to reach 18-under par and secure a two-stroke lead going into the final day at The Belfry Hotel & Resort, with Chilean Hugo Leon his closest challenger on 16-under par.

Bekker, whose double bogey on the final hole of his second round accounts for two of only three dropped shots all week, will tomorrow go in search of his first European Challenge Tour title after putting himself in pole position with rounds of 68-68-62.

“I’ve been playing nicely,” he said. “The weather was really good today so I took advantage of that. I gave myself a lot of opportunities and managed to make a few putts, so that was nice.

“I’ve been playing well, I’ve been trending in the right direction this year so if I do get the win this week then that would be great, but at least I know my game is in the right place and it will come sooner or later.”

The 36-year-old has seven victories to his name on his native Sunshine Tour and if he is to secure his first win on European soil this week, he will need to continue to keep the bogeys off the card.

“The par threes are tough, the par fives you can get at, so you just have to manage yourself so you make sure you have good opportunities on those par fives.

“I hit it really good, I’ve been solid and I’ve been in play on almost every hole so that makes it quite easy to make pars. If you do give yourself a good birdie chance and make the cut, as long as you keep the bogeys off the card then you’re going to move in the right direction.”

England’s Todd Clements, who went into day three in a share of the lead, suffered a blow to his title chances as he dropped three shots in two holes on his way to a level par round of 72 to sit fourth on 13 under par. Seven players share fifth place on 12 under par, including England’s Nathan Kimsey who carded an albatross on the par five tenth hole during round three, holing out with his second shot from 165 yards.