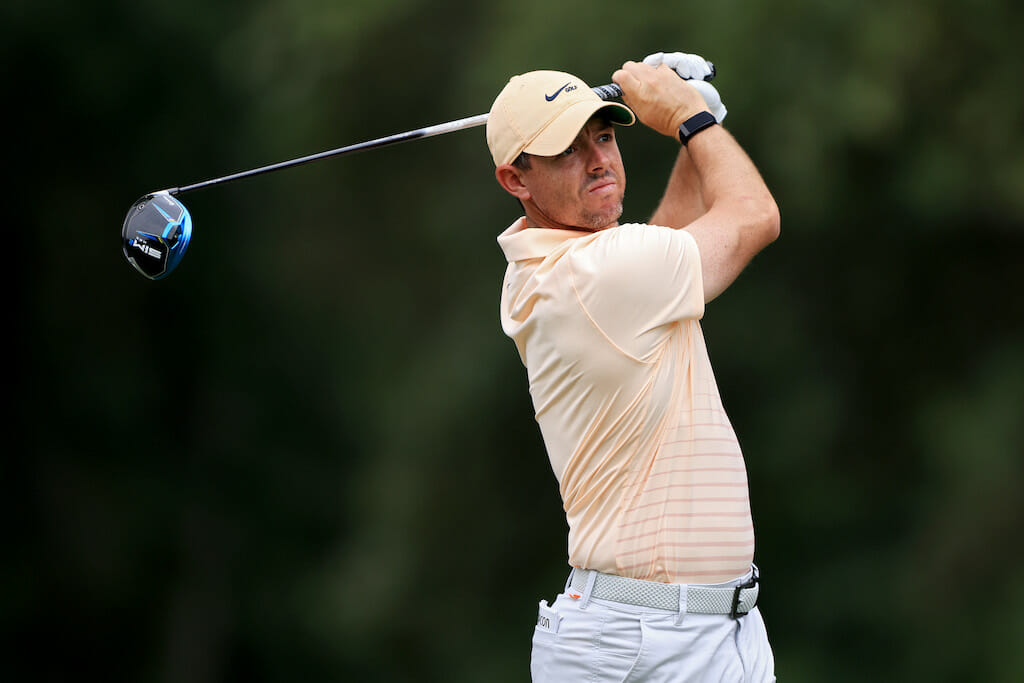 McIlroy long ago assured himself a sixth Ryder Cup cap in automatically qualifying for Harrington’s team but the question now with just two qualifying events to go is who is Harrington going to pick and who is going to be left bitterly disappointed.

Harrington’s Ryder Cup ‘big guns’, namely Ian Poulter, Henrik Stenson, Sergio Garcia and Justin Rose are way off the radar when it comes to automatic selection with only Stenson, now for the third week running, showing a commitment to the European Tour by teeing up at the Italian Open.

Of course, Garcia is at the Tour Championship and showed last week at the BMW Championship in finishing in a share of sixth that he’s peaking at the right time for Whistling Straits.

One ‘wildcard’ pick surely would be Poulter but then how do you leave out someone of Rose’s experience of five Ryder Cup’s?

As it stands, and as McIlroy points out, the two players really set to really shake-up the standings and add to Harrington’s wildcard selection dilemma are Bernd Wiesberger and Victor Perez, currently lying 10th and 11th on the points table. Both are competing this week in Italy and each ready two swoop this week in Rome.

If they should automatically qualify, then Harrington’s wildcard selection bucket just gets deeper and it led to McIlroy being asked by Irish Golfer Magazine ahead of this week’s PGA Tour season-ending Tour Championship if Harrington is staring at a ‘wildcard’ selection dilemma.

“It depends how Italy and Wentworth go, I guess, the next couple of week as Bernd Wiesberger had a great chance to play himself into the team in Switzerland and didn’t quite get it done but certainly has a couple more opportunities coming up in Italy and Wentworth to get over the line,” said McIlroy.

“And then I think if that were to happen, if say someone like a Bernd or a Victor Perez or one of those guys plays their way into the team, then I think it makes it a little more difficult for Padraig because then say, for example, if Shane doesn’t get on automatically, then you’re looking at him for a pick or whoever else. It’s still all a bit up in the air.

Also, McIlroy was asked if he intended contesting next week’s BMW PGA Championship, an event he won in 2014 some five days after the emotional press conference where he announced the break-up of his engagement to Caroline Wozniacki.