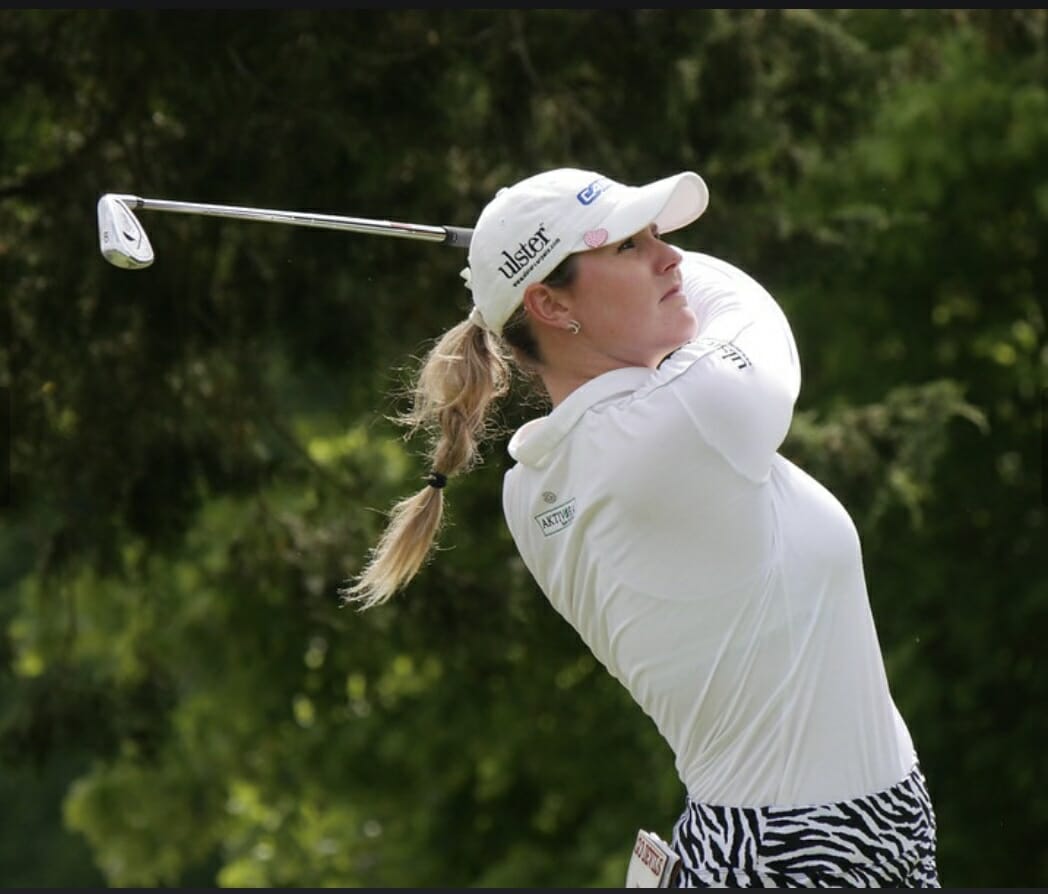 Olivia Mehaffey carded a rock-solid even par 72 to move inside the top-95 players who advance to Stage Two of LPGA Qualifying School in October.

The Royal County Down and Tandragee pro carded a birdie, a bogey and 16 pars to jump into a tie for 75th overall at two-over par, good enough to move through to Stage Two despite not having her best stuff this week in California.

The former Arizona State star now has plenty of time to sharpen her bats ahead of a trip to Venice, Florida from Oct. 21-24 where the Panther Course and Bobcat Course at Plantation Golf and Country Club await the next stage of this year’s examination.

Meanwhile, it was amateur Gina Kim who came out on top of this week’s assignment, posting seven birdies in the afternoon on the Dinah Shore Tournament Course at Mission Hills Country Club in a final round 67 for a 15-under tally.

Soon to start her senior year at Leona Maguire’s former Duke University, Kim now gets back to college life ahead of a Stage Two showdown and also tackling GB&I at the Curtis Cup in Wales.

“The putts were not dropping at the beginning [of the week], but I knew this was a marathon not a sprint. I took it one hole at a time and stayed patient. After I made a bogey on No. 8, that’s when putts started dropping, so I think staying calm and poised was really the key for me,” said Kim.

“Coach [Dan] Brooks and Jon Whithaus have been real instrumental in helping me strengthen my mental side of the game. I guess I am just thinking smarter these days, a lot calmer and I’m able to simplify a lot of things, so today was a pretty stress-free round.

“I am heading to Wales tomorrow, a quick turnaround, and will play in the Curtis Cup this week. After that, I must go back to school and be a regular college student and play in my college tournaments, so I am pretty excited about what is coming up.”