I don’t see any of my picks as Rookies – Matthew 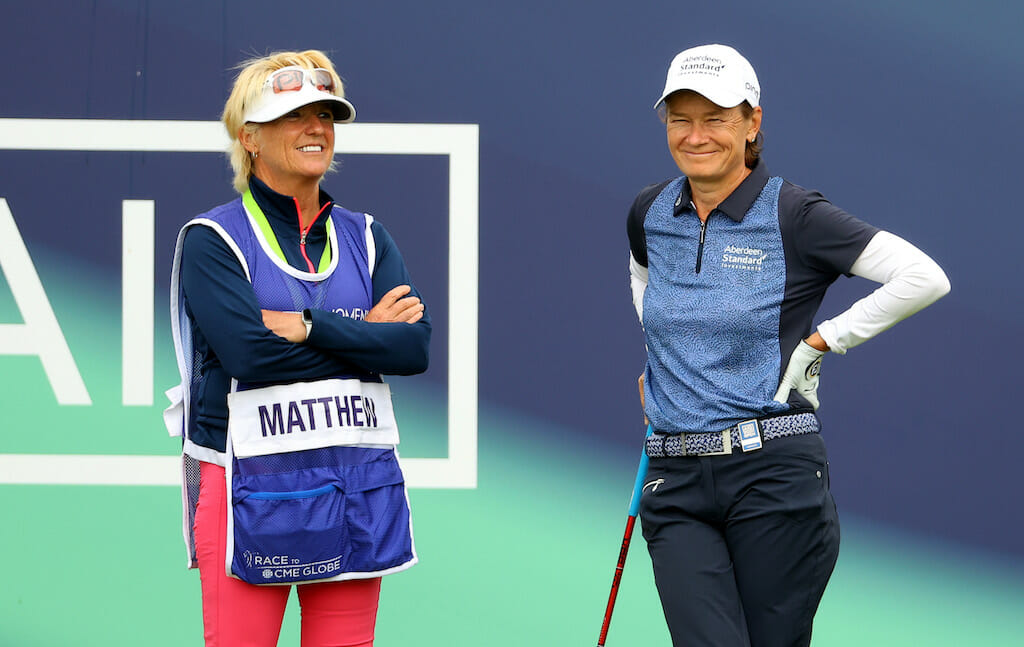 Europe’s Captain Catriona Matthew insists that although three of her picks will be first-timers come tournament week, her Solheim Cup debutants are only ‘Rookies’ on paper.

Speaking to Sky Sports News, Matthew was in bullish mood after seeing so many of her European charges fare so well at the year’s final Major at Carnoustie. Sweden’s Anna Nordqvist might’ve won the event but with 2018 champion Georgia Hall finishing tied second alongside Madelene Sagstrom, and Nanna Koerstz Madsen tying fifth, Matthew had plenty of reason to think her team were trending in the right direction, and most importantly, at just the right time.

“Obviously the Americans are always strong on paper and world ranking-wise they’re probably ahead of us, but I think we’ve got a really good team,” Matthew said.

“As we saw at the AIG Women’s Open, a lot of our team are playing well. That was a dream leaderboard for us and if we can keep that form up then we’ll give them [Team USA] a run for their money.

“It’s always tough playing away from home, especially this year when there will be very few European fans due to them not being able to travel to the States, but hopefully they’ll all be cheering us from their TVs!”

Cavan pro Leona Maguire was amongst a trio of first-timers in whom Matthew showed her fate; the 26-year old set to become the first Irishwoman to compete at the event. Joining her will be Matilda Castren and Nanna Koerstz Madsen who all claimed captain’s picks, while 2020 Open winner Sophia Popov is also making her first appearance in the event.

“I think Leona has been playing really well all year and will be the first player from Ireland to play in it,” Matthew added. “She’s a really solid player with a great match play record as an amateur and was world number one amateur for a couple of years, so I think she was an obvious choice.

“Castren has won on the LPGA Tour this year and then had to come back and win a Ladies European Tour event just to be eligible for the team, which I think showed great character. Madsen finished third in the first major of the year and then was pipped at Carnoustie yesterday, so I don’t really think of any of them as rookies to be honest!”