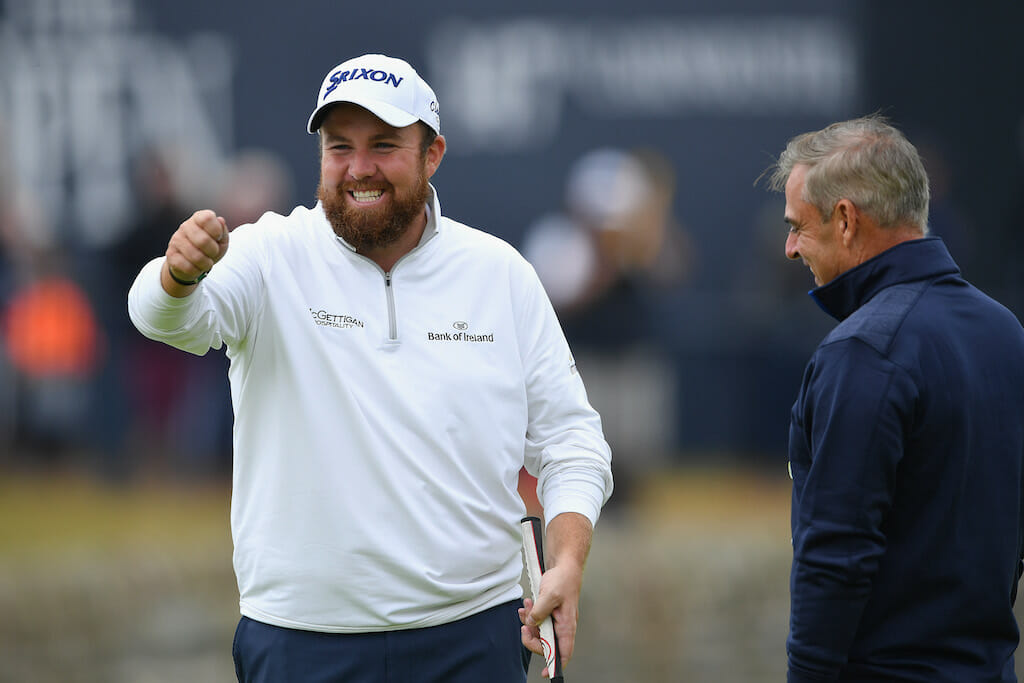 2014 winning Ryder Cup captain Paul McGinley has no doubt that Shane Lowry will play his way onto Padraig Harrington’s Ryder Cup team for the September 24-26 renewal at Whistling Straits.

Lowry currently occupies ninth place on the automatic selections list with Harrington’s three Captain’s picks set to be named on September 13th after the conclusion of the BMW PGA at Wentworth. With the likes of Justin Rose, Sergio Garcia and Ian Poulter all vying for selection, some tough decisions certainly await Captain Harrington in the coming weeks but when it comes to Lowry, even if he was to drop out of automatic selection, McGinley insists that picking the Offaly man wouldn’t be one of them.

“I have absolutely no doubt that Shane is going to be on that team,” said McGinley, speaking ahead of welcoming his fellow Legends Tour players to Rosapenna this week for the Irish Legends presented by the McGinley Foundation from August 20-22.

“I think he deserves to be on the team. He’s certainly one of the top-12 players in Europe, comfortably so, and he’s been in good form over the summer months. Even if he does fall out of the automatic places at this stage, there’s a really strong likelihood that he’ll be one of Padraig’s picks, and rightly so.

“I think like most of us here from Ireland, he has that representative thing in him from the GAA as a young kid – representing your town, province, country and ultimately your continent in Europe. That DNA is in him which is always a good thing.

“I think the fact we’re playing Whistling Straits, a links style course with potentially bad weather and the wind blowing should suit Shane and he’s also got a very affable character that’s easily blended. He’s very popular with everyone on Tour. Very popular with his teammates and every guy will be queuing up to play with him – Rory [McIlroy] included.

“So yeah, I think every indication points to Shane making the team in one way or another and a great addition he’s going to be.”

With the PGA Tour playoffs beginning this week at the Northern Trust Open before attention shifts to Europe’s flagship event at Wentworth, time is running out for players to stake a claim in Harrington’s side ahead of this eagerly-anticipated trip to Wisconsin. As a Captain, McGinley was heralded for leaving no stone unturned in his preparation at Gleneagles, so what will his fellow Dubliner, Harrington, be on the lookout for as the clock counts down to tournament week?

“The thing he’s looking for most in the run into the FedEx over the next three or four weeks, or that he’d be worried about most, is form,” McGinley said.

“Players are like the stock-market, we go in and out of form. What you want as a Captain is as many players as possible on form and pretty fresh going into that Ryder Cup. Freshness and form are the two things he’s focussing on at the moment.

“You’re not going to get 12 players on form but certainly he’s looking for his big players. Rory looks like he has a spring in his step again. Those big players in particular are the ones you want to see coming into form and getting excited about the Ryder Cup.”

McGinley will hope to ramp up a similar excitement in his some of his fellow pros as this week he welcomes a number of Ryder Cup legends to his parents’ home county of Donegal with fellow winning captains Thomas Bjørn and Ian Woosnam set to tee up, as will 1999 Open Champion Paul Lawrie, who has two top five finishes in three starts in 2021.