Power off the pace & Harrington cut as Henley leads the Wyndham 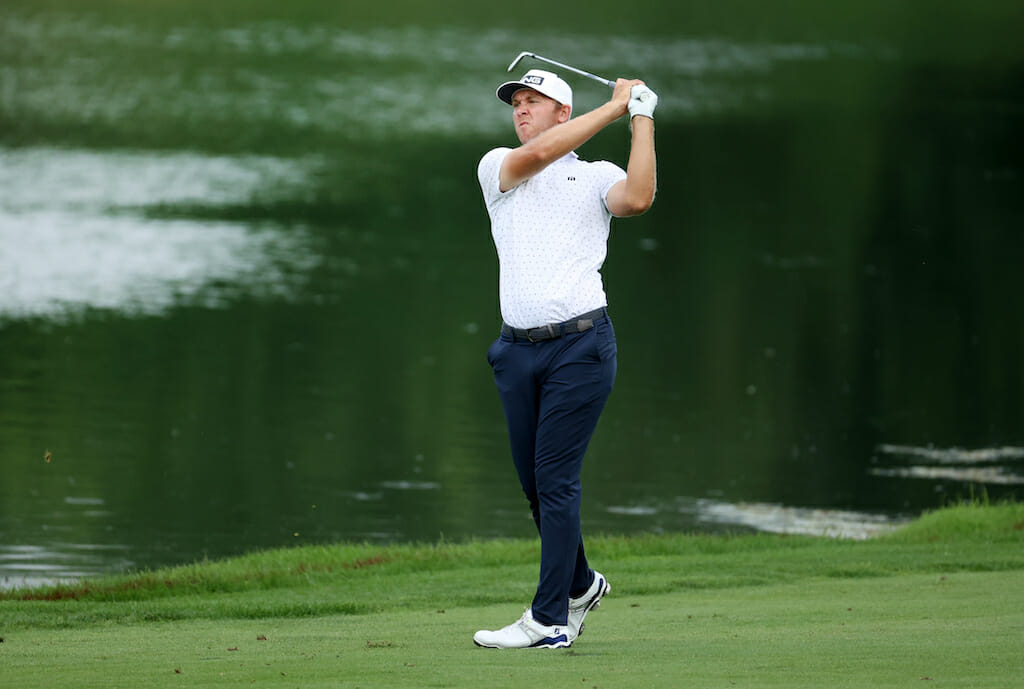 Seamus Power dropped two shots over his closing two holes before signing for an even par 70 that saw him make the weekend cut on the number at minus-three as Russell Henley grabbed a four-stroke lead halfway through the Wyndham.

Power seemed to be in the groove once more, trading three birdies with one bogey to make the turn in a no fuss 33. Two decent chances went a-begging at 10 and 11 before a punishing double-bogey out on nowhere on the par-3 12th where he sent his tee-shot right, going right.

He bounced back immediately with a fine approach to the 13th to set up a birdie before taking care of the 15th in birdie ‘4’, but after holing a ten footer for par on 16, Power again lost his tee-shot way right at his penultimate hole, the first of two bogeys with Power slipping 14 places down the board to a tie for 56th at three-under.

his 2016 Olympic teammate Padraig Harrington had started the day at four-under but carded four bogeys, two doubles and one treble bogey in a bizarre 76 that saw him miss the weekend at two-over.

Meanwhile it’s Henley who enjoys a healthy lead, good omens aplenty after tying Stewart Cink’s Tour lowest 36-hole score this season. Olympic silver medalist Rory Sabbatini was tied for second at 10-under with past champion Webb Simpson and Scott Piercy while Justin Rose fired a 65 that left him at nine-under.

“You have to do everything right,” Henley said. “So it’s kind of the same way except for I’m just mainly trying to keep committing to every shot off the tee and put myself in the fairway.”

And it was the end of the Playoff road for Rickie Fowler who missed the cut after shooting 71-72 for a three-over tally though credit to him for still speaking to media post-round.

“Yeah, it sucks,” said Fowler. “I mean, I know what I’m capable of, I’ve been up there and played against the best in the world and been a top-5, top-10 player in the world for a number of years in my career. I’m not in a position where I’m comfortable or where I want to be. Like I said, with the season ending now for me, it’s kind of just added motivation; hey, let’s figure out what we need to go do and let’s go do it.”