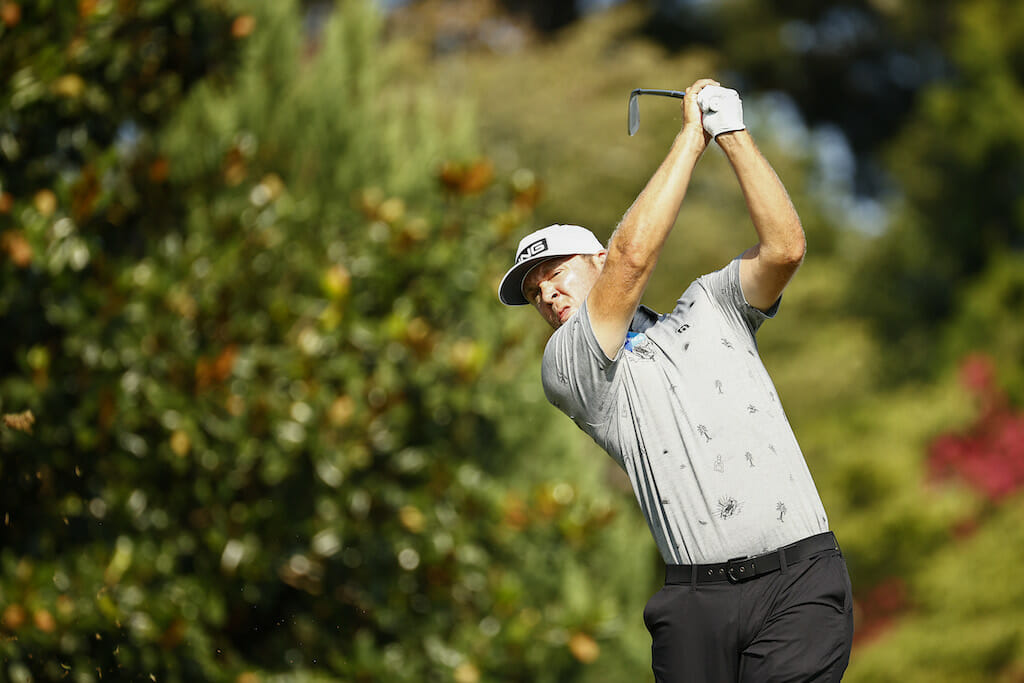 Seamus Power returned from a three-week maiden Tour victory break to continue his great season form with a 67 on day one of the Wyndham Championship.

Last month’s Barbasol Championship winner spent time off celebrating with his father and family back home in Ireland before jetting to Las Vegas to attend the wedding of his cousin, Frank. Though this week’s fifth straight visit to the penultimate event on the 2020/21 PGA Tour schedule ahead of the Play-Offs is like no other for Power.

He teed-up for a first time not only as a Tour winner but at 73rd on the FedEx Cup standings meaning it’s a first year Power has entered the event without the worry of striving to gain full new season membership. Already, Power’s projected to jump to 71st place and that’s well inside others this week desperate to be inside the top-125 on the money list.

“Three-under is not a bad start though it’s been a bit of a struggle the last couple days just kind of getting it together after a couple weeks off, but I was able to get around and actually started hitting it pretty well there on the front nine,” he said.

“Overall, not too bad. Not what I wanted, but I’m in a good spot. It’s very hot out there. The golf course is fantastic. The greens are incredible, fast, they’re running as pure as you can possibly have. The rough is thick, I feel like it’s a little thicker than the last few years so you’ve got to be on the fairways.

“So, after a couple of weeks off there’s always a little bit of unknown, but it was not bad. I got here Monday and it was not quite where I wanted to be, but it’s getting closer to where I had it. Hopefully another little session here on the range, it will be good to go for tomorrow.”

Also out early before 8am local time was European Ryder Cup captain, Padraig Harrington,  impressing in birdieing three of his closing four holes in a four-under par 66 to now sitting just outside the top-10. Overall, Harrington had five birdies in his round and saved the best for last in landing a 171-yard second shot right of the flag and holing his 20-foot birdie putt.

England’s Tommy Fleetwood also returned an encouraging 66 as he looks to play his way into the top-125 from 136th on the FedEx standings ahead of next week’s Playoffs.

American Russell Henley, with a 19-footer for birdie on 18, was the clubhouse leader in signing for a sizzling eight-under par 62 before play was suspended late in the day due to fading light.