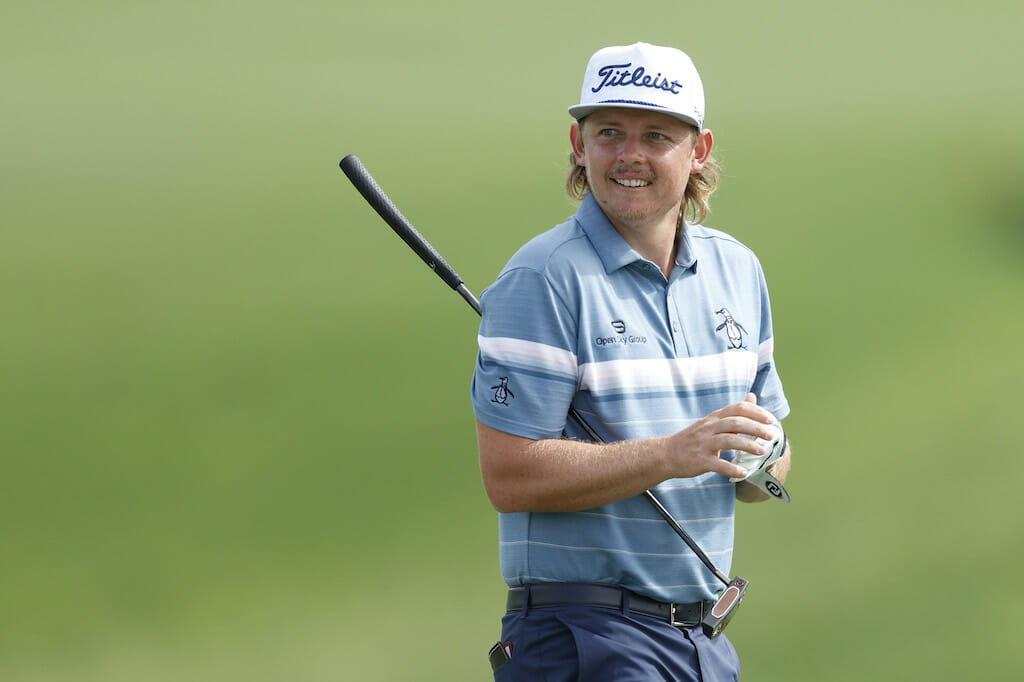 Cameron Smith grabbed a bizarre golfing first for Australia less than a week after proudly representing the ‘green and gold’ at the Japan Olympics.

His round of an eight-under par 62 included a third hole eagle and six birdies that moved the 27-year old three-time Tour winner into a share of second place at 11-under par in the $US 10.5m on the TPC Southwind course.

“It’s a pretty cool little title I guess to have next to your name,” said Smith.

“I was actually hitting really nice golf shots as well that ended up just going off the green and made a few of them, and had a chip‑in there for par on 4, which kept the round going. Yeah, I was seeing the putts really good today.

“It’s always nice to, whether it’s on the green or not, to hole those putts of length for par and kind of keep the momentum going. The greens are so good around here, if you get the ball started on line and you’ve hit a good putt, most of the time they’re going in. Yeah, really just a good day on the greens, I guess.”