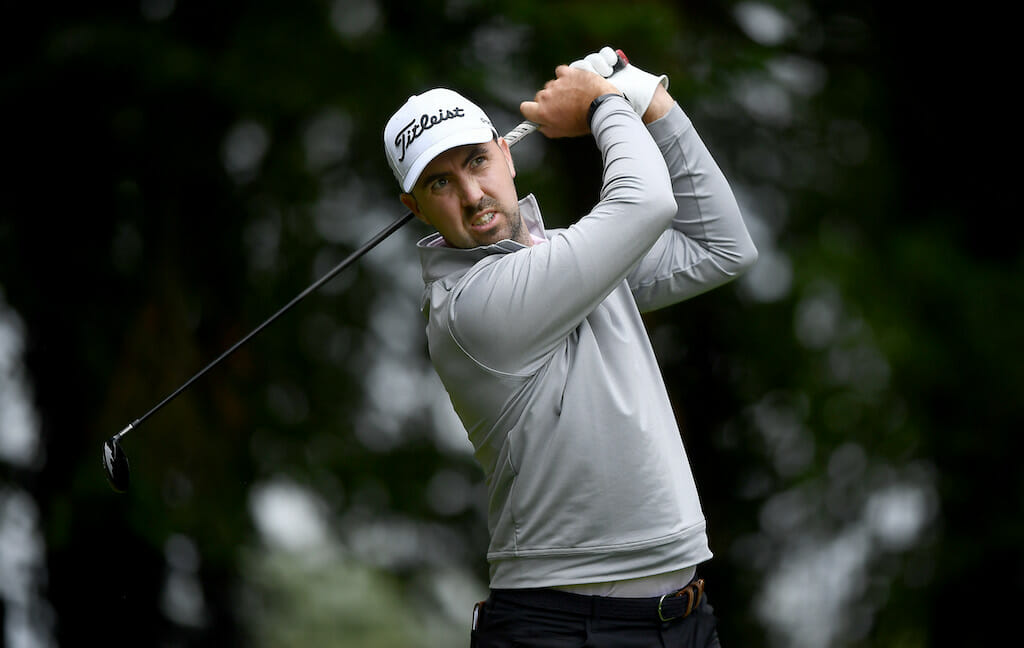 Royal Dublin’s Niall Kearney bolted inside the top-20 after firing a six-under par round of 66 as Scotsmen Grant Forrest and Calum Hill share the lead ahead of the final round of the Hero Open, with compatriot David Law trailing by just two strokes at Fairmont St Andrews.

33-year old Kearney carded seven birdies and just one dropped shot to move into a tie for 16th at 10-under par ahead of the final day, eight shots back of the lead but within striking distance of a big week as he looks to move out of 134th place on the Race to Dubai standings.

Meanwhile, Forrest set the clubhouse target of 18-under par after a stunning ten-under par 62, which included 11 birdies despite tricky conditions on Scotland’s east coast. He was joined on that number by Calum Hill, who carded a five-under par round of 67.

“It was one of those days – bogey start as well and you’re thinking it’s not an ideal start,” said Forrest. “The first couple of days I played nicely but couldn’t get anything going and didn’t really make a putt. Today I changed my putting grip and I made pretty much everything. I think Lucas’s (Bjerregaard) putter from yesterday might have rubbed off on me a little bit.

“I just felt I wasn’t hitting putts solidly and I went back to left over right, which I’ve done in the past so it’s not something new. It feels natural. I hit loads of really good putts today. It’s tough making putts in that wind, you need a little bit of luck and I got that. I’m delighted.

“I’ve been playing better tee to green since Germany onwards. I had a good week at the Irish Open and then last week I didn’t really play poorly I just didn’t score and ended up missing the cut. I’ve been feeling confident in my game so I’m just trusting that and trusting the good scores will come along.”

They will be joined in the final group by Spaniard Santiago Tarrio, who leads the Challenge Tour’s Road to Mallorca Rankings after two victories on the developmental Tour within the last nine weeks. Tarrio matched Hill’s round of 67 for a 17-under par total.

Law carded one of the few bogey free rounds of the day, a six-under par 66 to share fourth with 36-hole leader Lucas Bjerregaard. Since his bogey on the 11th hole of his first round, Law hasn’t dropped a shot on the 43 holes since.

“I’m really pleased – especially with the back nine,” said Law. “The wind really picked up and there’s some tough holes coming in. I played good tee to green and holed some nice putts, so I’m looking forward to tomorrow.

“I’ve been playing in these conditions for a long time, you put the ball back in your stance, take a club, sometimes two, more and just hit it soft. That 17th hole is 190 yards but must have played 230 yards, it’s certainly difficult out there.

“It would mean a lot (to win at home). I’ve not been in this position, up there trying to win a golf tournament, for a couple of years. I’ve been playing good golf and I’m comfortable in these situations. I’m really looking forward to it, it’s why we practice and why we play. I’m excited.”

Forrest, Hill and Law are bidding to become the first Scottish winner on home soil since Paul Lawrie won the Johnnie Walker Championship at Gleneagles in 2012. Bjerregaard, meanwhile, has previously tasted success in St Andrews, winning the Alfred Dunhill Links Championship in 2018.