Purcell ties 24th as Waite wins out at Nokia Masters 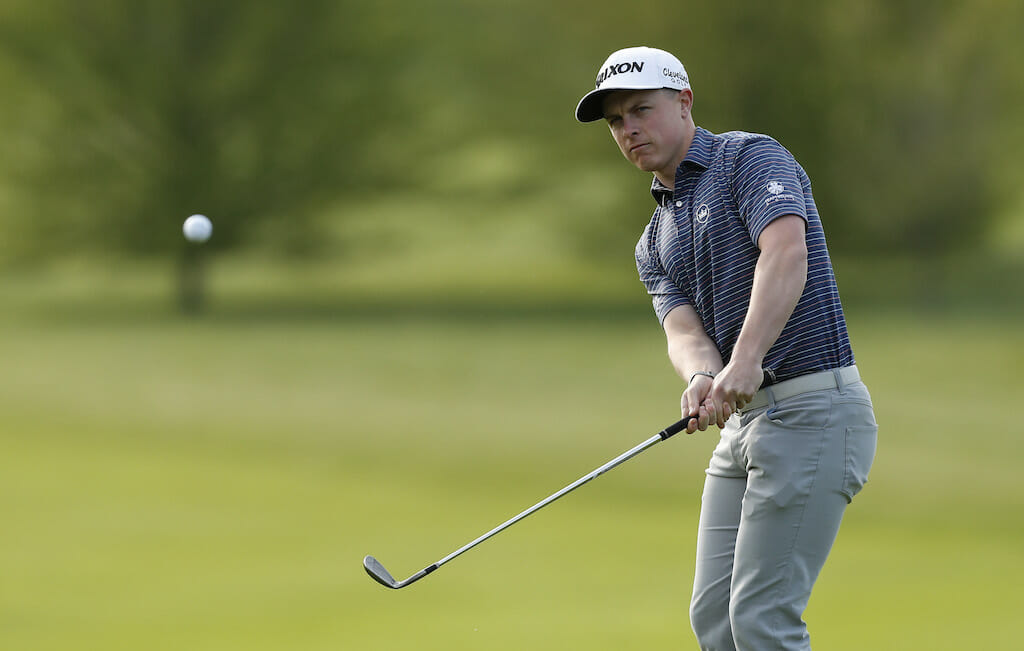 Dubliner Purcell finished on eight-under par, his tie for 24th banking him £440, one shot better than Shannon’s Daniel Brennan who signed off with a 72 for a seven-under tally and West Cliff’s Brendan McCarroll who carded a disappointing two-over 74 to tie 31st at six-under.

At the top, Waite started his day at 6:45am on Friday morning with the completion of the second round after play was suspended. Eventually penning a second round 67 which left him one shot off the lead alongside McDonald who had completed his second round yesterday.

When it came to the playoff, very little separated the pair on the opening two with McDonald finding the rough from the tee on both occasions whilst Waite was in the middle of the fairway but found the fringe of the green on both second shots. On the third attempt on the 18th, Waite was again on the fringe taking it close before making par, McDonald meanwhile struggled and ended up making bogey.

Waite ended up being at the course for over 12 hours with a small gap between the two rounds: “The whole week feels like it’s gone on forever. After the early start on Wednesday morning. I’m delighted to get it over the line. Jack and I played pretty solid all day and went toe to toe in regulation so it was good to get the better of him in the end.”

“I just liked being aggressive to that back flag. I didn’t mind chipping off the back of the green or short left. I felt like with the greens being soft, I could chip in. I just wanted to keep being aggressive. When I saw he (McDonald) came up short. He hadn’t been up short yet, I thought this could be my opportunity.”

“This Tour this year is ruthless. The calibre of player is phenomenal. you’ve just got to stick in there and when your week comes you’ve just got to try and cash in and fortunately for me it’s come this week. I’ll rock up at Luton Hoo next week and go again.”

As mentioned previously, the second round wasn’t completed until 10:30 am this morning due to the suspension of play yesterday. Rain threatened early on in the final round but it soon cleared with the greens drying out well as the day went on.

At one stage, six players were all tied at the top for the lead including Daniel Brown who bogeyed 18 to miss out on the playoff, and Joe Brooks who suffered the same fate having gone birdie, birdie on 16 and 17 to be right in the mix. Overnight leader, William Harrold was also there or thereabouts tied for the lead at one stage and so was Ryan Campbell, Jamie Rutherford, and Brandon Robinson-Thompson. It was anyone’s game for so much of the day.

Robinson-Thompson’s 65 (-7) was the pick of the day which pulled him right into contention. The Isle of Wight golfer ended up taking a share of third with Rutherford, Brooks, and Brown. Rutherford with a final round of six-under-par to mark another top ten finish. Brown of Romanby Golf Club has threatened a few times this season and it’s clear he will be back again for another bite of the cherry.

Brocket Hall Golf Club’s Tom Shadbolt threatened throughout points in the day and had a final day 67 to finish tied seventh with Harrold.

The top ten was rounded out by Campbell (Falkirk Golf Club) and Adam Chapman (Penrith Golf Hub) at 12-under-par.