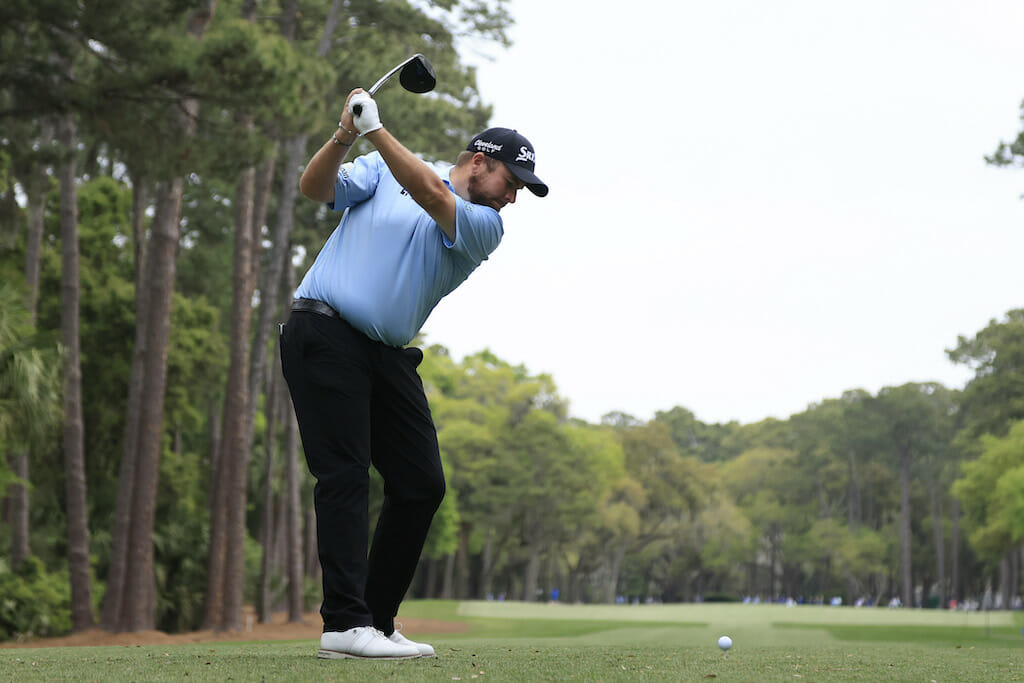 A last hole birdie was some comfort for Rory McIlroy in a no-frills two-over par 72 on the opening day of the WGC – FedEx St. Jude Invitational in Memphis.

McIlroy had also commenced his round with a birdie but sandwiched in between the bookended birdies was a ninth hole bogey, a 15th hole double and a penultimate hole bogey.

The effort in the $10.5m event left the four-time major winning McIlroy trailing eight shots behind clubhouse leader, Harris English who signed for seven-under par 63 to lead by one on the TPC Southwind course.

Lowry, McIlroy’s Olympic Games teammate, fared much better in grabbing five birdies and one less bogey in a two-under par 68. And like McIlroy, Lowry also birdied his closing hole in landing a 145-yard second shot to just two-feet for his tap-in birdie.

Harris English made the most of a lightning start to card a 62 and take the first round lead ahead of two time World Golf Championships winner Ian Poulter in Memphis.
The American went out in 28 to match the lowest nine holes on the 2021 Race to Dubai and while he dropped two shots early on the back nine, a strong finish moved him to eight under at TPC Southwind.

“I don’t see it as any different to any normal tournament I’m going to play in the whole season,” said Poulter, who’s playing himself into form at the right time should he wish to catch Padraig Harrington’s attention.

“The only thing I’m focused on is playing as well as I possibly can. I’m not high enough up in the FedExCup, I need to obviously move up in that. I’ve got two opportunities this week and the first FedEx event, so I need to move forward.

“Not only that, I need to pick up some points for the Ryder Cup team. So I don’t look at this as a WGC, I don’t look at that in any way, shape or form. It’s a good tournament, a course I like, so hopefully I can just continue on that.”

Major Champion Bryson DeChambeau was then at five under with fellow American Scottie Scheffler and Australian Marc Leishman for company, a shot clear of four home favourites in Daniel Berger, Sam Burns, Max Homa and Will Zalatoris.

English is a four-time winner on the PGA TOUR, including at this event in 2013 and twice this season, but his victory in Memphis came before the tournament had World Golf Championships status, and he is still seeking a WGC breakthrough.

MEANWHILE – Running concurrently on the PGA Tour is the Barracuda Championship where Padraig Harrington is the sole Irishman in the field. Europe’s Ryder Cup captain carded three birdies and three bogeys in an even par effort that leaves him at +3 on the points table and in a tie for 71st with Joel Dahmen out in front on +16.