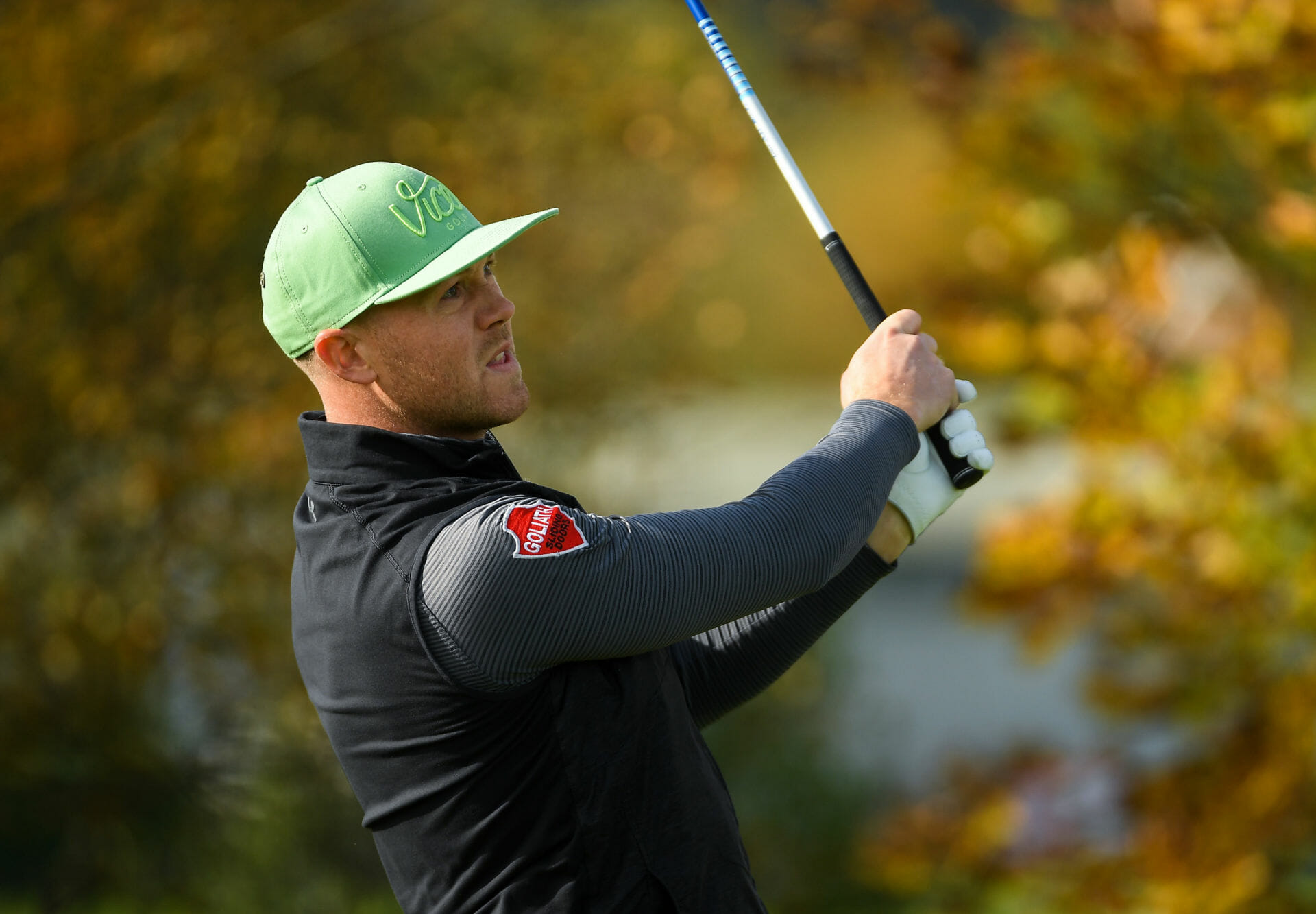 West Cliff’s Brendan McCarroll added a three-under 69 to his opening 67 to move into a tie for 12th, four shots back of William Harrold’s lead as play was suspended ahead of the final round at the EuroPro Tour’s Nokia Masters.

McCarroll traded five birdies with two bogeys to move to eight-under par, needing a low one on Friday should he harbour title aspirations at Mannings Heath GC. Portmarnock’s Conor Purcell sits a shot further back after adding a 71 to his opening 66 after a quiet round that included two birdies and one bogey.

Tied alongside Purcell in a share of 18th was Shannon’s Daniel Brennan who fired six birdies in his three-under 69 to get to seven-under.

Plenty of the field were only partway through their second rounds when play was halted due to a deluge of rain pelting the golf course causing problems around the course. The second round was completed on Friday morning from 6:45 am before the cut fell at a harsh five-under par, leaving Tullamore’s Stuart Grehan  one shot outside the mark despite a three-under 69 moving him to four-under par on Thursday.

William Harrold holds a one-shot lead going into the final round after signing for his second round of six-under-par of the week. The Sheringham Golfer putting together a bogey-free day that included an eagle at six.

One back will be Jack McDonald who also put together a second day 66 (-6) to be tied for second alongside Mitch Waite (Filton Golf Club). Waite is one of those who got caught up in the bad weather and will face having to finish his second round tomorrow morning five-under thru 15 holes for the share of position with McDonald.

At one stage in the day, it was Kieran Cantley of The Renaissance Club and Dan Brown (Romanby Golf Club) who lead the way in Sussex. Brown’s 70 paired with his 64 from yesterday took him to ten under whilst Cantley posted a bogey-free 67 (-5) to keep in touching distance of the lead. A remarkable 64 (-8) from Ryan Campbell (The Renaissance Club) took him to ten under, going out and in for 32 each. Whilst the experience of Chris Gane showed as he kept tow with the leading pack to move tied fourth with Campbell, Cantley, and Brown. Gane steady for a 68 (-4).

The morning groups took full advantage of the kinder weather conditions and will also benefit from extra rest tomorrow morning ahead of the final round. The cut currently stands at 5-under.

Make sure you are following the PGA EuroPro Tour across social media for updates from The Nokia Masters at Mannings Heath Golf & Wine Estate. Facebook, Instagram, Twitter.

Highlights from The Nokia Masters will air on Sky Sports Golf on Tuesday 17, August at 6 pm with further airings throughout the following days. You can also watch highlights on Matchroom.Live free of charge