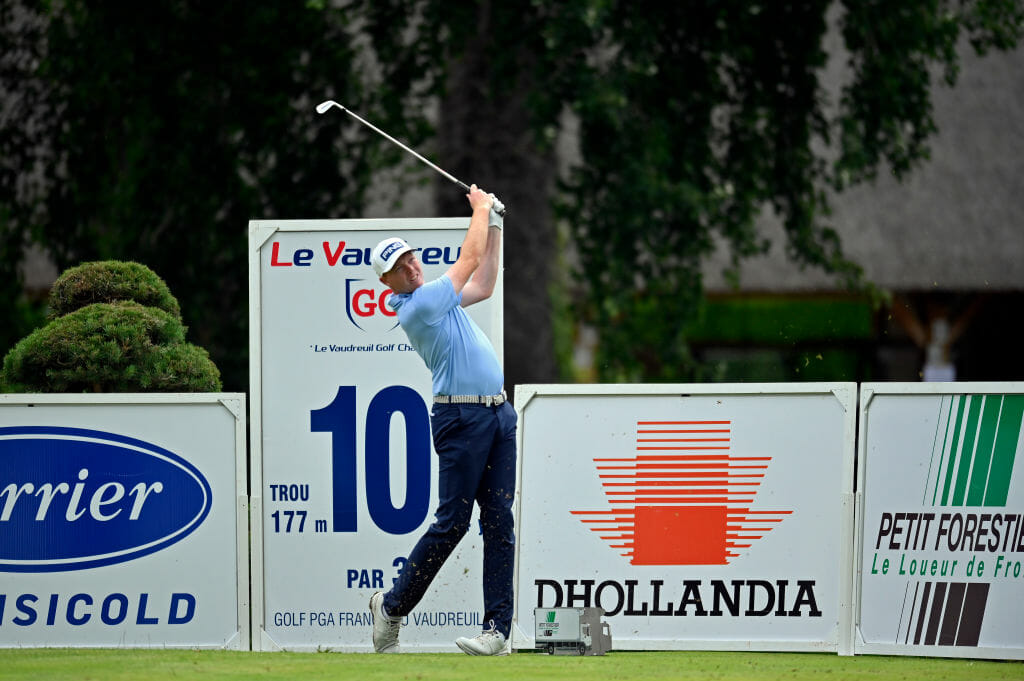 Ireland’s Robin Dawson enjoyed a welcome return to scoring form in Finland and an opening round of 64 sees him tied for second place behind leader Marcus Helligkilde at the Vierumäki Finnish Challenge.

In what proved to be a decent day for the Irish at Vierumäki Resort, Paul McBride and John Murphy came in with 68’s to be in T27 while Jonathan Yates and James Sugrue shot level par 72’s. Both will have work to do tomorrow with level par only good enough for a share of 94th place while Conor O’Rourke (73), David Carey (74) also have plenty to do.

At the top of the table Helligkilde carded ten birdies and an eagle (-11) to take pole position, while compatriot Oliver Hundebøll carded a round of 64 and shares second place with Dawson, Sweden’s Tim Widing and England’s Todd Clements on eight under par.

The 24-year-old Dane came out of the blocks at blistering pace with seven birdies in his first eight holes and the he believes his putter played a paramount role in his sensational round of golf.

“I’ve been putting very poorly this year but today I think I gained about five strokes on the greens so I think that was big part of why I was successful today,” he said. “Seven under through eight holes is pretty good and to be honest I just holed everything today and hit some pretty bad shots which still ended up being tap in birdies, so that’s just golf.

“I have actually shot a 59 before but this is my second-best round I think, so I’ll definitely take that any day.”

Helligkilde, who finished in second place at the Range Servant Challenge by Hinton Golf earlier this season, reaped the rewards of patience as he withdrew from the temptation of attacking tough pin locations at Vierumäki Resort.

“I played pretty conservative and aimed mainly for the centre of greens here, aiming three metres right of the pin because they are tough,” he said. “Of course, to have a good round of golf you need a certain amount of luck. I might play better tomorrow and only shoot five under so you just never know what’s going to happen.”