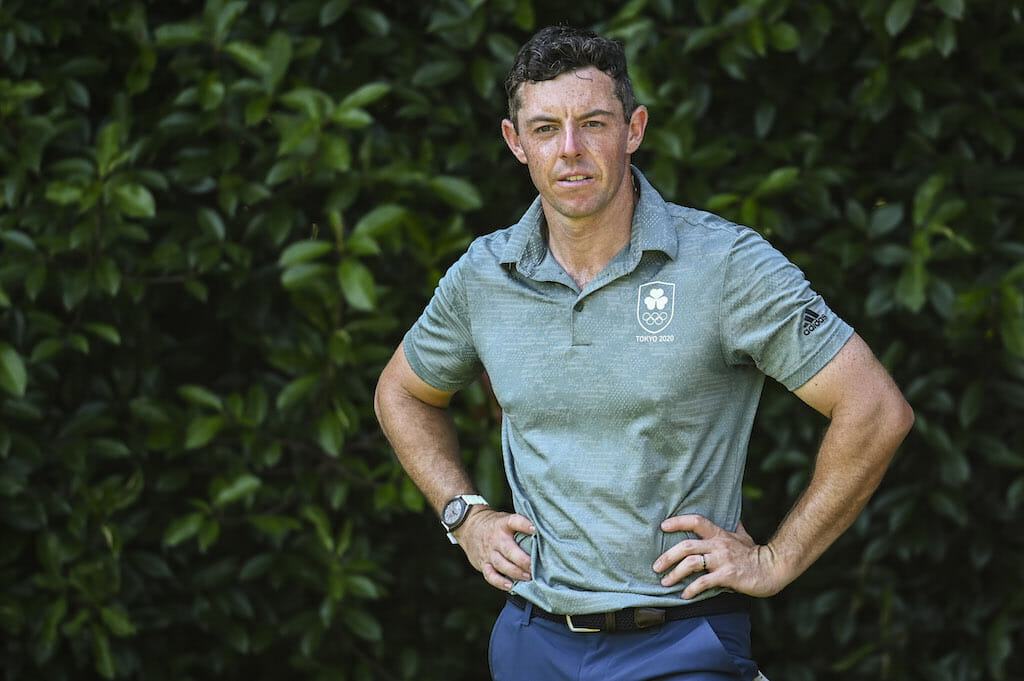 Rory McIlroy believes the Irish Open could follow in the steps of the Scottish Open to also become co-sanctioned with the ultra-lucrative PGA Tour.

In a ‘regular’ European Tour event first, next year’s 50th anniversary of the Scottish Open will be co-sanctioned with the PGA Tour. It means, the winner, if not a PGA member, will enjoy a two-year PGA Tour exemption and earn the extra benefits of an automatic invitation into the Masters plus the many other elite events on golf’s richest stage.

It’s why the announcement by the European Tour to raise the prize purse of the 2022 Irish Open to a whopping $US6m could be the first step in Ireland’s premier golf event joining the Scottish Open in appearing on a PGA Tour schedule.

“It was great news the Irish Open gets a little burst of money with the prize fund going up to $6m, so it’s all heading in the right direction,” said McIlroy.

“I think it’s wonderful for everyone involved. I’ve always said we’re all in this thing together and we need to be pulling in the same direction and this is the start of it, which is great. Added to that, the Scottish Open and a couple of events here in the U.S. are to be co-sanctioned is huge.

“So, it’s a big lift for both events and it is just one of the benefits of the formation of the strategic alliance between the European Tour and PGA Tour.

“I think also it is the start of something bigger and more substantial but hopefully one day you can see the Irish Open becoming similar to what the Scottish Open has for next year. Hopefully, down the line the Irish Open can become a part of the PGA Tour.”

As Chairman of the PGA Tour’s Players Advisory Committee (PAC), McIlroy revealed he had been aware of co-sanctioning discussions since taking over as head of the committee earlier this year.

“I sat in on all the PAC meetings while there were also two board calls a couple of weeks ago to get the decision over the line, so I’ve been a part of the conversations,” he said.

“I’ve also worked on the smaller details and it’s been great to get it done, so I’m really happy about that.”

McIlroy was speaking ahead of this week’s $10.5m WGC – FedEx St. Jude Invitational in Memphis with the four-time major winner returning to competition, and wearing full Nike sponsored attire, since going so close to earning an Olympic Bronze Medal last Sunday in Japan.

“Last week was unexpected I would say as I didn’t expect to feel the way I did when I was there but it was a great experience and I had a wonderful time,” he said.

“I had a good chance to win a medal but it was a great week and I am already looking forward to Paris in three years time. And I certainly seemed to play okay not wearing a cap but I wish I was wearing a cap as it was so hot, and I probably needed a cap as I had sunscreen dripping into my eyes so happy to have a cap back on my head this week (smiling)!”