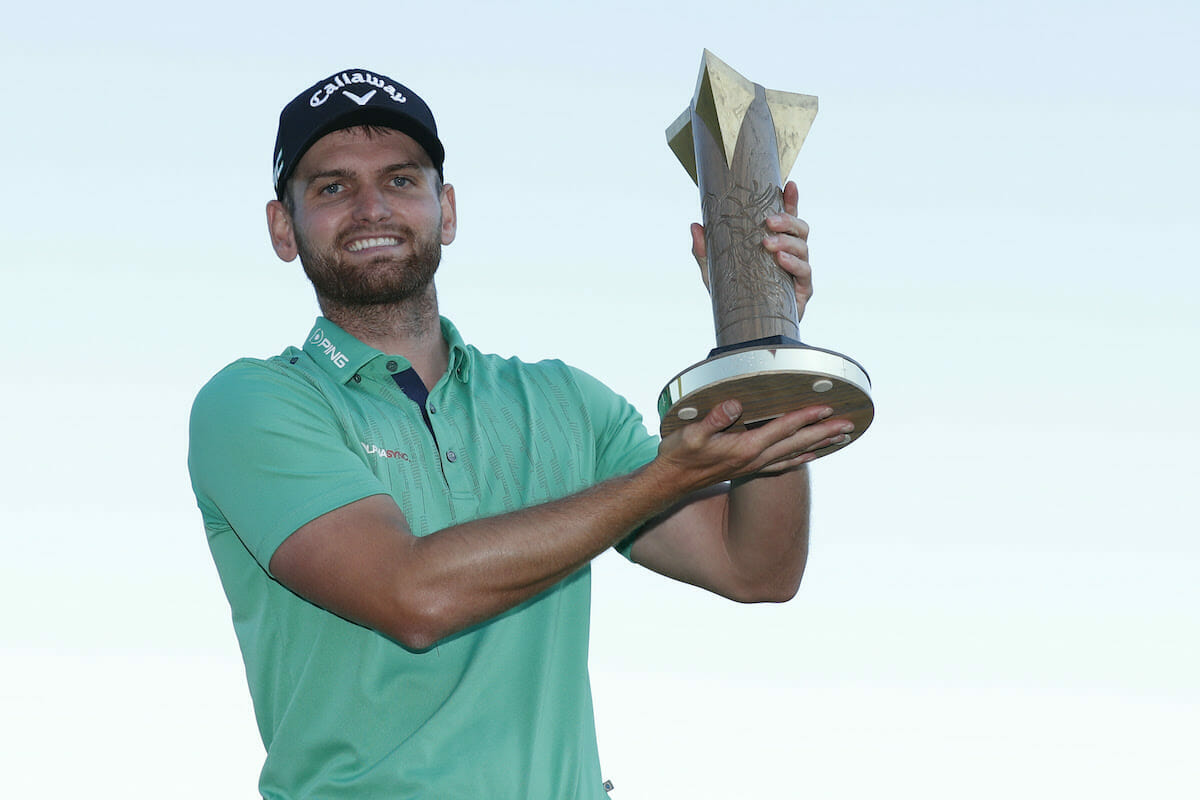 Daniel Gavins came from seven shots back to claim a maiden European Tour victory in the most dramatic fashion at the ISPS HANDA World Invitational presented by Modest! Golf Management.

The Englishman teed off more than an hour before the final group hit their first shots of the final round at Galgorm, but a stunning short game performance set him on the road to victory.

A hole out from the bunker at the fifth was followed by a monster putt at the sixth which found the cup, and he produced similar magic at the 16th by converting another huge putt across the green.

Two more birdies in a bogey-free 65 earned the 30-year-old a one-stroke win with a 13 under total – a career-changing victory for a player who came into the week on a Challenge Tour category and targeting graduation to the European Tour through the top 20 of the Road to Mallorca at the end of the 2021 season.

“I went into today playing each hole as it came and just tried to stay patient out there. A few birdies led to a few more, and yeah, here we are

David Horsey finished one shot back on 12 under par after a disappointing bogey finish and a two over par 72, while third round leader Jordan Smith was one of four players who shared third place on 11 under.

Of the two Irish that made the final day Dermot McElroy carded a final round 67 to finish on a -7 total moving him to a tie for 19th while Tom McKibbin carded a level par 70 to finish I. a tie for 26th on -5.

In the women’s event, Pajaree Anannarukarn of Thailand overcame the USA’s Emma Talley in a two-hole play-off, claiming her first LPGA Tour title in the process. Earlier in the day, Brendan Lawlor earned a second successive victory on the EDGA European Tour, winning the ISPS HANDA World Disability Invitational – a victory which is set to move the Irishman to the top of the World Ranking for Golfers with Disability (WR4GD) for the first time in his career.