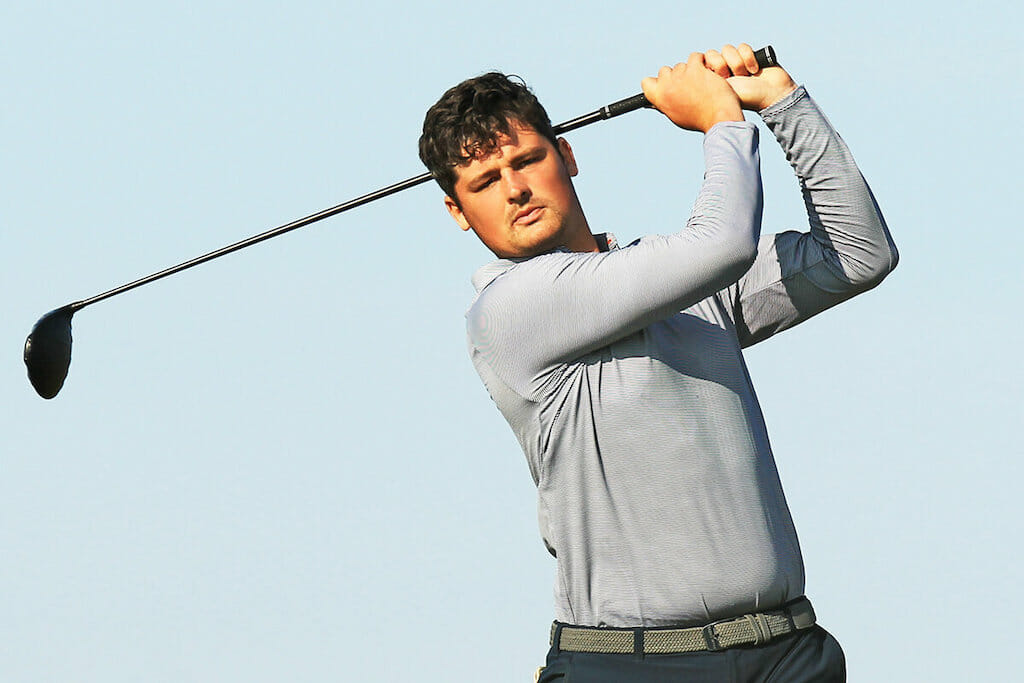 Last week’s South of Ireland winner at Lahinch rode in on a crest of a wave to Mullingar, easing into the tournament with a bogey-free four-under 68 in the morning before bursting to the front with seven afternoon birdies in a second round six-under 66.

“I wasn’t looking at scores,” said Ford, whose phone began to light up as he raced to the turn with five birdies in a blemish-free outward half of 30 in round two.

“I just decided at the start I wouldn’t bother but I probably will coming down the stretch tomorrow. But essentially it’s just two rounds out of four done so there’s no point really looking.”

“I played really, really well. I was bogey-free up until the 16th tee in the second round and I hit an OK drive but it hit a tree and ended up in the drain and I didn’t get up and down but all-in-all, I played really well.”

Asked if he felt like a different player after last week’s success at ‘The South’, Ford, who bounced back from that solitary day one bogey on 16 with a fine birdie at the last, admits he feels like he finally belongs at the top tier of amateur golf in Ireland.

“I think there’s a new-found belief,” he said. “I mean, you kind of feel like you do belong but until you get over the line and get something under the belt, it can be a bit of a false confidence.

“But yeah, I’m playing well. I’m confident that the putts are in and around the edges even if they’re not going in. There’s obviously still a lot of golf to be played but it’s a good day’s work.”

Ford will hope to join an illustrious list of past winners at Mullingar that includes the likes of Padraig Harrington, Shane Lowry and Rory McIlroy. However, to do so, he’ll have to fend off a strong chasing pack led by Enniscorthy’s Paul Conroy and Grange’s Jake Whelan who share second just three shots back at seven-under.

“Tee-to-green I’ve been pretty solid all year, just haven’t got the putter going so it was a big help today,” said Whelan, who carded rounds of 68 and 69 after a 4.30am wake-up call on Sunday.

Conroy, who, like Ford, also excelled at Lahinch where he was a beaten semi-finalist, bounced back from a quiet even par opener with an electric seven-under par round of 65 that included six birdies and an eagle.

“It’s a solid start,” said the University of Tennessee transfer. “I was two-under through 3 and just finished strong – birdied 13, eagled 14 and had two birdies coming home but it’s gettable over those last few holes.

“The course is in great condition, it’s lovely. It’s kind of soft which we haven’t been used to lately with everywhere being so firm but it’s in perfect shape. I’m looking forward to tomorrow.”