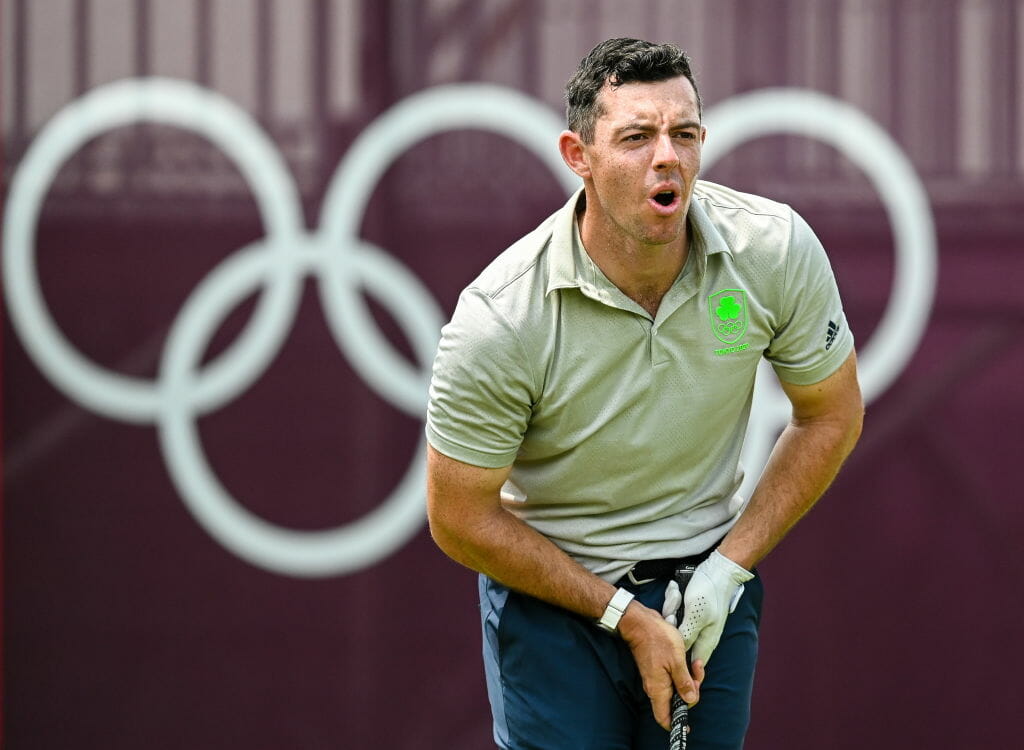 Rory McIlroy has his wife to thank whether or not he leaves Tokyo with an Olympic medal.

McIlroy arrived earlier last week in Japan very lukewarm and also sceptical about competing in a maiden Olympic Games declaring that the event was ‘not much to look forward to’.

Though the four-time major winning McIlroy confessed to a complete change of heart and singled out wife Erica for praise as he heads into the medals round decider on the Kasumigaseki Country Club course outside of Tokyo.

He said: “I need to give things a chance. I was speaking to my wife last night and saying maybe I shouldn’t be so sceptical.

“But I think I need to do a better job of just giving things a chance, experiencing things, not writing them off at first glance.

McIlroy’s four-under-par third round put him in well in the medal hunt ahead of the final round as he currently sits on 11-under for the tournament, three shots behind leader Xander Schauffele of Team USA.

Ahead of Sunday’s start to a second week of Olympic competition, Ireland has one gold and one bronze medal and McIlroy would dearly love to double the gold medal winning tally.

He said: “As you get closer to that finishing line you start thinking about a medal a little bit more.

“Last week, an Olympic medal, well I didn’t really know what that would mean to me, and now that you got a chance to do it it’s like, geez, that would be pretty cool.

“The thing is now heading into the final round you don’t want to look at leaderboards too much but this week it’s top three or nothing.

“So, you do find yourself taking peeks and glances at it and seeing how far off the pace you are. There’s still 18 holes and there is a lot of golf still and a lot can happen. I need to go play a good round of golf tomorrow and see how it all unfolds.”

Meantime – A Schauffele gold medal would be a dream result for the American whose German-born father, Stefan who at age 20 was a leading candidate to make the countries decathlon team.

However, he was robbed of that opportunity when a drunk driver collided with his car on route to a training session when Stefan was living in Japan.

A piece of glass from the smashed windshield of his vehicle lodged in his and despite numerous operations he lost the sight of the eye.

And Stefan Schauffele will be there on course should his son win as he’s his long-time coach.