Lawlor closes in on World No.1 status at ISPS HANDA World Disability Invitational 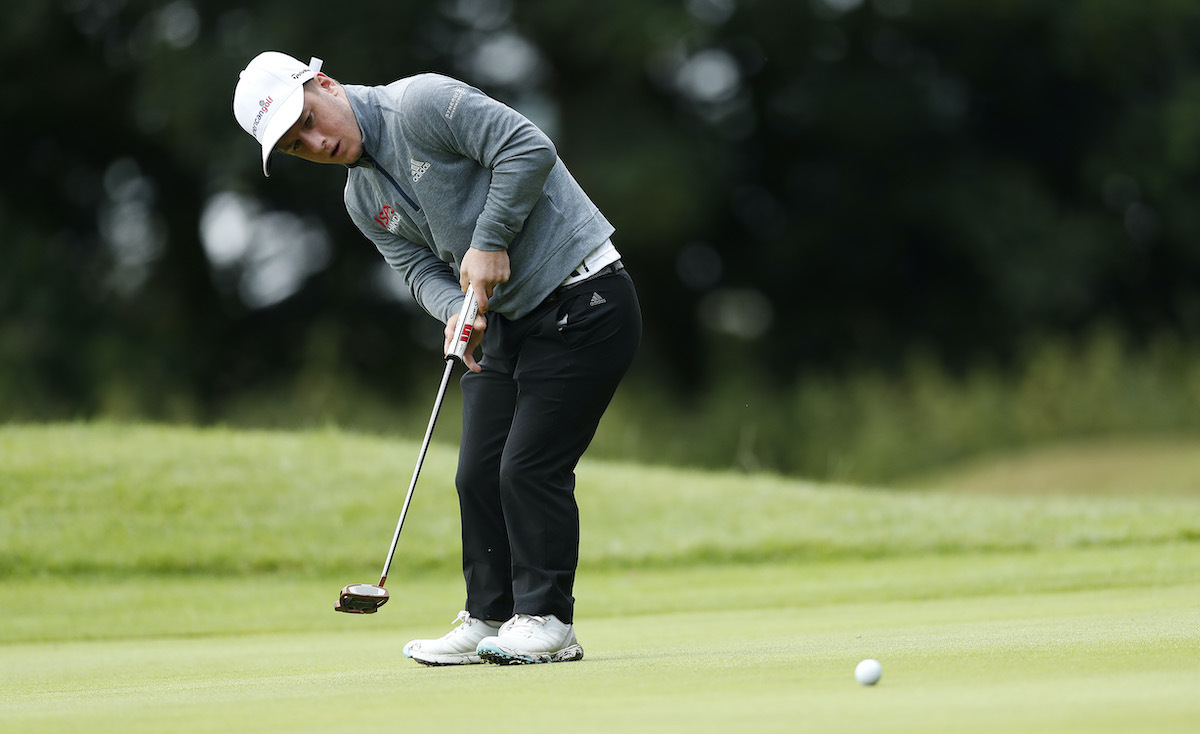 Event Host and Modest! Golf professional, Brendan Lawlor continued his top form of late as he carded a three-under-par 69 to take a commanding first round lead at the inaugural ISPS HANDA World Disability Invitational at Massereene Golf Club.

Lawlor who claimed last week’s EDGA European Tour event in Wales, the first event of the UK Swing series and sealed his place at the season-ending finale in Dubai also has his sights on a bigger prize. A win at Galgorm this weekend would not only clinch back-to-back Tour wins for Lawlor but would also leave him as projected World Number 1 on the EDGA rankings, a lifelong dream of Lawlor’s.

“I am really looking forward to tomorrow” said Lawlor after his round. “To have a chance to not only win another Tour event but also climb to the top of the World Rankings is something I could have only dreamed of a few years ago but I have a chance to make it all a reality tomorrow”

The Carton House professional didn’t get off to the best of starts at Massereene but he remained patient to sign for a three-under-par 69 for a four shot lead over Ryan Brendan in second. The second round of the 36-hole event takes place at Galgorm tomorrow.

“It turned out to be a pretty special round this morning,” added Lawlor after his round. “I didn’t get off to a great start, wasn’t hitting it great and was one-over after six holes. It was as bad as I’ve played in a long time. In my own head, I thought, if I can shoot this score and play that bad, then there must be something coming that’s good.

“And sure enough, I birdied eight, nine and 10. Holed a long birdie putt on the par three eighth, 20-footer on nine then I stitched it on the par five 10th. It was a massive boost during the round. After that I was able to take on the other par five (15th) on the back nine.

Lawlor is delighted to be involved in such a big week, not only for the men’s and women’s game but for the chance to showcase disability golf. “It’s a huge week for us. Having the men and women compete for the same prize money is massive. The event has grown so much, especially with three tours involved now. Inviting disability golfers to this event is amazing too.

“For me personally, it’s great to have helped bring some of the best disability golfers here this week and hopefully we will have more in the future.”

Last week in Wales, Lawlor carded an opening round of one-under-par 70, his first official sub-par round in a professional Tour event and his three-under 69 today is testament to the hard work and commitment Lawlor has to showcase inclusivity and grow the game far beyond EDGA events as he targets making a cut at a full European Tour event and has a start in the British Challenge, presented by Modest! Golf, a European Challenge Tour event at the start of September at The Belfry.

“My game is in good shape. If I put in two solid rounds and I trust my ability then I believe I’m capable of making a cut or two in these type of events like the Belfry,” added Lawlor.

Lawlor will tee off at 07:30am in the morning at Galgorm Castle