Talented Irish junior, Patrick Keeling, has captured the Faldo Series Ireland Girls and Boys Championship, following heated head-to-head contest with brother, Sean.
Over the three days, some of Ireland’s most promising juniors were welcomed onto the
championship course at Luttrellstown Castle Resort to compete for a prestigious invite to the Faldo Series Europe Grand Final at Al Ain Equestrian, Shooting and Golf Club in Abu Dhabi this October.

The pristine parkland course is known for its picturesque setting, with its overlooking 15th century Irish castle and Doric Temple heritage hidden amongst beautiful rolling countryside creating an impressive framing landscape for the respected event, despite the final day rain showers.

Mirroring the conditions, it was sunshine golf for the younger of the two brothers, Sean Keeling, who led much of the tournament on the opening two days. However, it proved to be Patrick who weathered the final day storm best to capitalise on his solid early rounds, securing the overall tournament win and the U18 category with a level par total score. 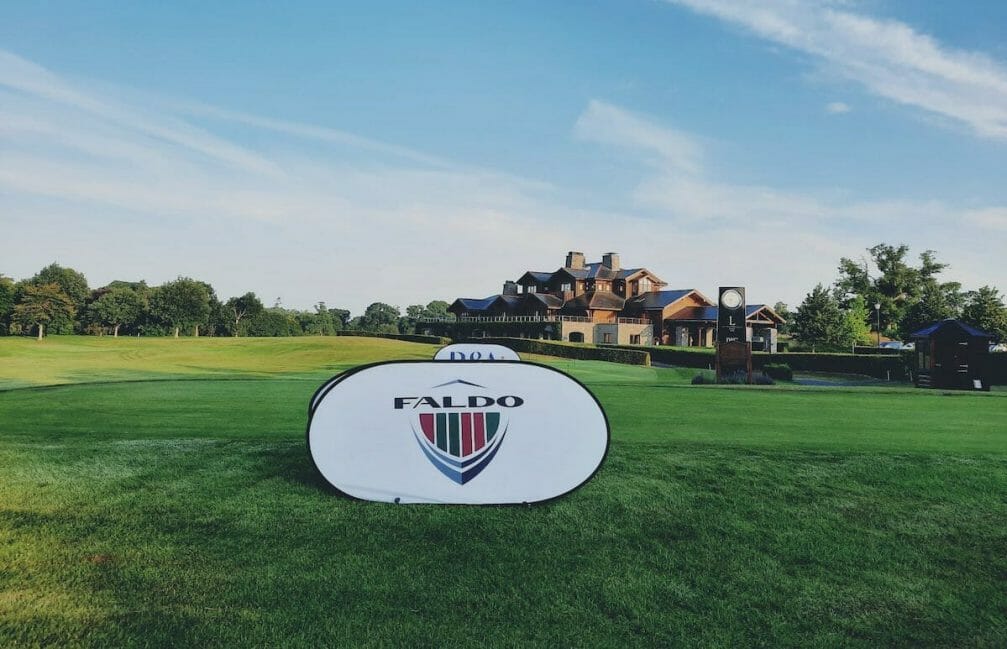 However, all is not lost for Sean, who safely defended his U16 title from last year’s Ireland
Championship to secure a return to the Europe Grand Final, whilst Jack Egan marshalled his way through the U21 category to take the win. Not enough in the end to challenge, Dara Mcnicholl’s impressive albatross on day two was certainly worthy of its own celebration on the 528-yard par-5,
second hole.

Meanwhile, the Girls’ categories also welcomed a second sibling rivalry as Emma Fleming took on sister Kate in the U16 category. However, this time the challenge was less contested, with current U16 defending Faldo Series Ireland champion, Emma, safely claiming the win by eight shots.

Whilst in the U21 category, Corrina Griffin was forced into a playoff after a difficult final round but showed great composure to reassemble herself and seal a much deserved wire to wire win.
Speaking after the event, Matthew Faldo, Director of the Faldo Series, said: “It has been a truly brilliant week in Ireland, the hospitality from Luttrellstown has been incredible and with the course in immaculate condition it proved a pure test for the players.

“A really entertaining battle between both Keeling brothers, and congratulations to Patrick who played a very controlled game with a good tempo to secure the win over the three days. I am sure there was some friendly banter between them in the car home and it will be interesting to see both of them go head to head again at the Grand Final, along with Jack, who I am sure would have been up there if it wasn’t for the bogeys on the 14 th ! Congratulations also to both Corrina and Emma, who were very impressive through the week and managed Wednesday’s conditions well.”

The Faldo Series will continue to celebrate its 25 th year of competition with a visit to Kedleston Park for the England Midlands Championship next week, on 2 nd August.

?FALDO SERIES IS BACK?

Excited to launch the #FaldoSeries 2021 season – which promises to be our biggest and best in all 25 years of the Series.