“This one is for my dad.” That’s the message this week as American Xander Schauffele tees-up representing the USA in the Olympic Games in Tokyo.

The Olympics has always been extra special for the now 27-year-old Schauffele as his father, and also his lifelong golf coach, was hoping to represent Germany in decathlon some 40 years ago.

Sadly, a drunken driver robbed the then 20-year-old Stefan Schauffele of that opportunity when their cars collided in Japan, with a piece of windshield lodged in Stefan’s left eye.  As much as they tried, surgeons could not restore vision in his eye.

“His dream of representing his country was swiped from him,” said Schauffele.

Though when golf was confirmed in returning as an Olympic Sport in 2016, who’s to say Stefan did not dream of his seeing his son march into an Olympic Games stadium.

“I haven’t really talked to him (Stefan) a lot about him since we came here to Tokyo,” said Xander.

“He is my swing coach and he’s a goofy guy.  We like to have a good time, but I really do think if there was an opening ceremony that he could have been a part of and walked, I think maybe he would have gotten emotional, just because it was a dream of his for so long, he put all his eggs in one basket for such a long time and it got taken away from him and he’s learned how to deal with that situation.

“In saying that, I’m trying to empathise with what he’s done, if I got in an accident and lost an arm or a leg, which can happen any day, and I wasn’t able to play golf anymore I would be in the same boat as him.

“So, you kind of have to figure a way around and I think being here, being on the golf course, maybe it’s not, I don’t know, for him as special as if he was at the opening ceremony or on the track at a track and field event.”

Then as Stefan is reported as saying last week: “It’s sort of like a full circle of my own dream.”

Given the Covid-19 protocols in place for this year’s Olympic, competitors are only allowed to bring one person with them to Tokyo.

No prize for guessing that person was Stefan Schauffele despite Xander’s mother, Ping-Yi Chen, who met Stefan when both were San Diego college students, was born in Taiwan but was raised in Japan and has nearly 100 relatives living in the Tokyo area.

No-one deserves a gold medal but you can imagine how special it would be for the Schauffele family should Xander emerge as a Gold Medal champion. 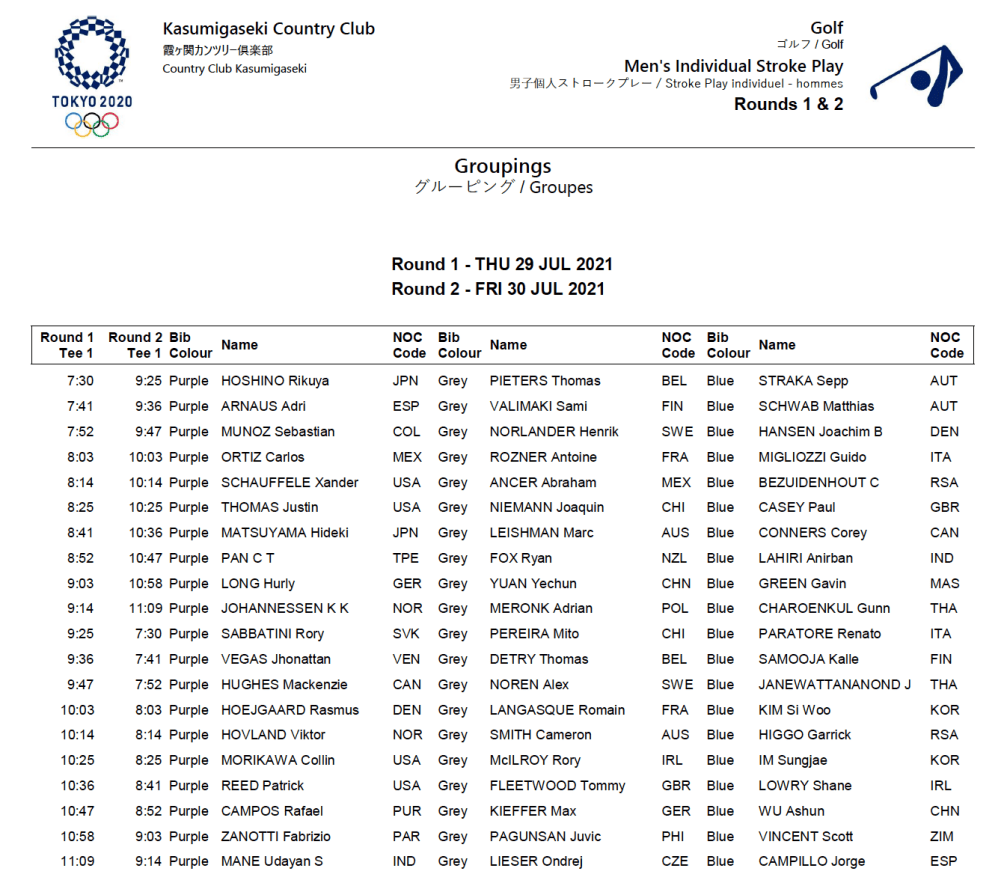