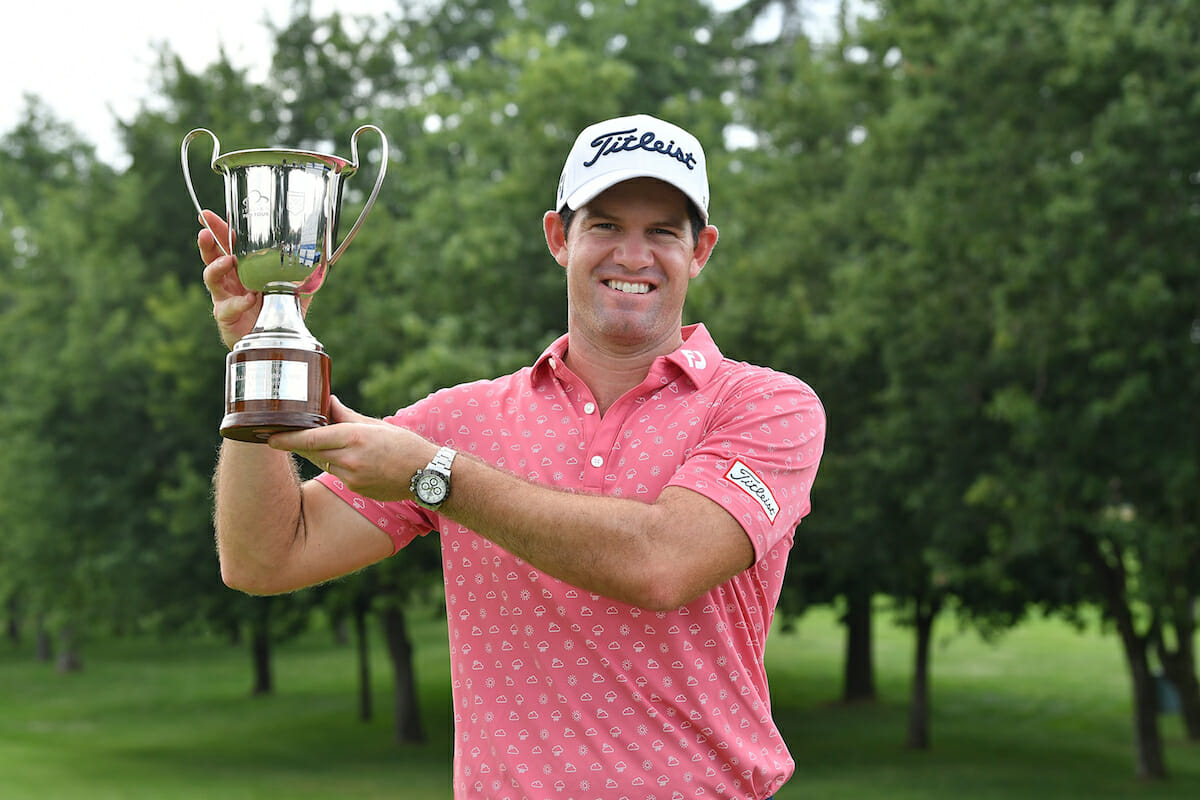 Ireland’s Michael Hoey was the best of the Irish at the weekend at the Italian Challenge and he carded superb a final day 66 to finish just outside the top-10 places (T11) and eight shots off the winning score set by Ricardo Gouveia who posted a seven under par final round of 64 to secure his fourth European Challenge Tour title.

A final round of 70 saw Ireland’s other weekend representative, rookie Tom McKibbin, finish in a tie for 34th place.

29-year-old Gouveia started the day two strokes back at Magara Golf Club but carded seven birdies without a single bogey to finish 16 under par in total, two shots clear of Austria’s Lukas Nemecz who came second to tie his best-ever Challenge Tour finish.

Gouveia’s last victory came at the 2015 NBO Golf Classic Grand Final as he became the first Portuguese player to top the Challenge Tour Rankings and after a tough few years, he is delighted to be back inside the winner’s circle.

“It means a lot because I have had some rough years recently,” he said. “The last few years were really tough, but I’ve always had my team, family and my wife behind me which has been key during those bad moments.

“I started playing better after the lockdown and I gained a lot of confidence from that. I didn’t start too well this year, but I knew my game was coming the last few weeks and I just had to be patient.”

Gouveia’s victory is his second in this event after winning the 2014 Italian Challenge in just his seventh event as a professional and he was delighted to be able to replicate history at Magara Golf Club this week.

“It was an unbelievable week for me,” he said. “I kept playing better and better each day even though the score did not paint that picture. Today I felt really good, and I had one of the best warm-ups I have ever had. I knew I had to just put the pressure on from the beginning and play my game and that’s what I did, and it worked really well.

“I felt very in control of my game throughout today’s round. The difference from today’s round was the putts that I holed. I holed some very important putts on both the front and back nine.”

Englishman Andrew Wilson finished in third place on 12 under par after a six under par round of 65, while Road to Mallorca Number One Santiago Tarrio shared fourth place with France’s Frederic Lacroix on 11 under par. Germany’s Yannik Paul shared sixth place on ten under par with Spanish duo Lucas Vacarisas and Angel Hidalgo.

The Road to Mallorca takes a week’s break before a visit to Finland, with the Vierumäki Finnish Challenge taking place from August 5-8.