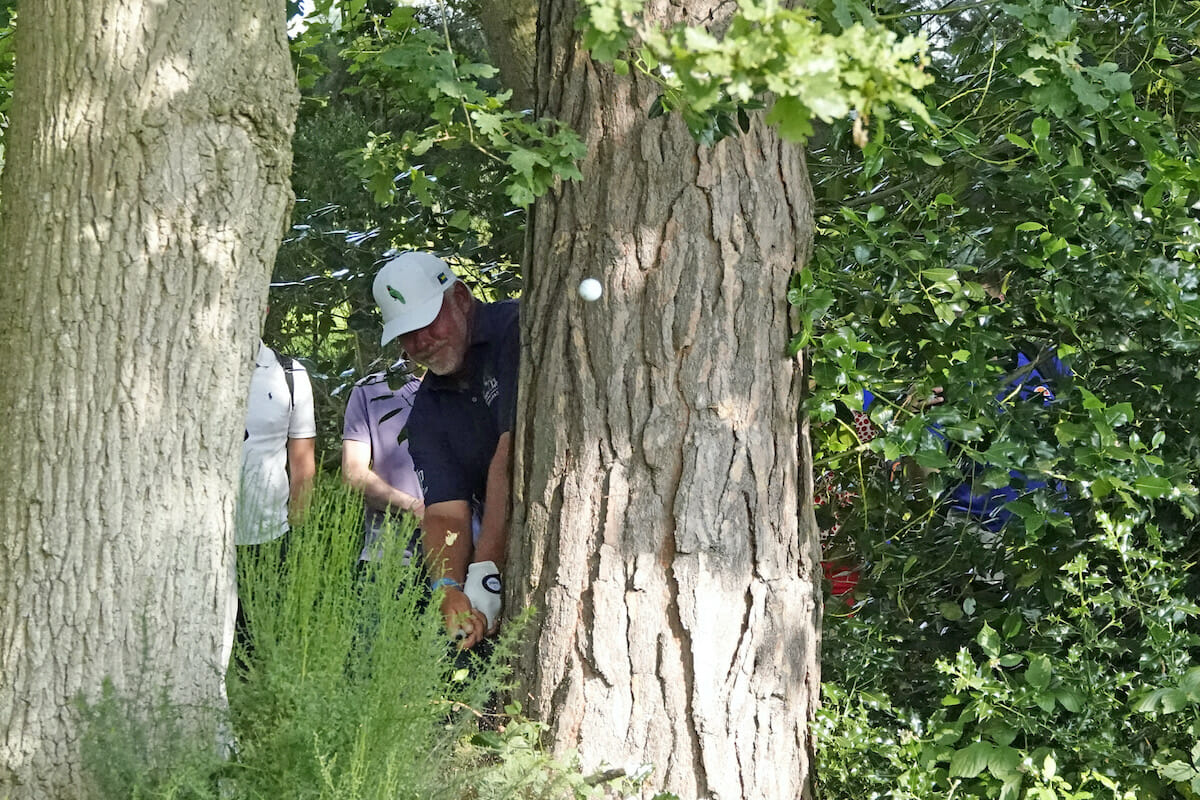 Darren Clarke’s renowned demeanour was tested to the fullest after doubling his penultimate hole and then was staring at a lengthy par putt at the last on day three of the Senior Open Championship at Sunningdale.

To his enormous credit, the now ‘more-settled’ Northern Irishman holed the putt on 18 in a level par round 70 to drop back into third place at eight-under par on the famed Old Course in Surrey. Welshman Stephen Dodd matched the course record with an eight-under par 62 to take a two-stroke lead into the final round.

Dodd, 55, muscled his way into contention for a first over-50 victory toast with an outward nine of six birdies in a 29 and while he dropped a shot on 10, the affable Welshman then birdied three in succession from the 13th.

“After finishing with a bogey on Friday I was not sure what was going to happen today but I was hitting some really good shots today and it helped in holing some long putts,” he said.

“The golf course is set-up so well and it’s fair, and it plays well like I did today so there are chances and luckily today for me I managed to make good with my chances”. Dodd is a four-time winner on the main European Tour including having won twice on Irish soil first in capturing the 2005 Nissan Irish Open when held at Carton House for a first time and a year later capturing the 2006 European Open at the K. Club. 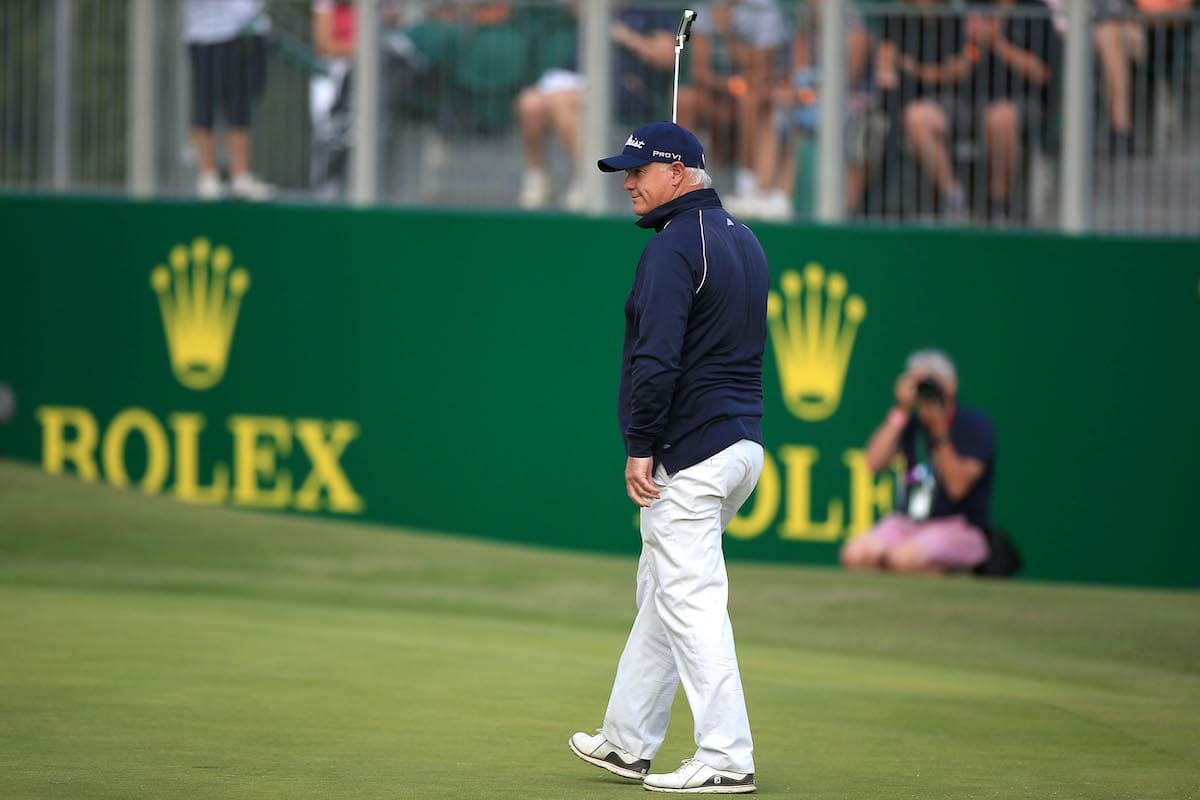 However, Dodd arrived at Sunningdale having played only two events, and both in Wales, in the past two years. “I’ve just played little competitive golf of late, like just one event this year, so I am not sure what will happen tomorrow but with a little luck you never know,” he said. American Jerry Kelly (68) is in second place at nine-under par.

Clarke headed into round three continuing to lead the event since the opening day and he got the start he wanted with a third birdie in as many days at the first. The now Bahamas-based Irishman then birdied the third hole also for all three days before a bogey on six and then posting six pars before his only other birdie for the round at the par-4 12th

Clarke was in the left rough off the tee at the par-5 14th and then played a superb second shot to find the back left of the green with his second before leaving his eagle putt just two feet shy of the cup from where Clarke horribly didn’t even hit the hole with his fourth stroke.

SKY’s Tony Johstone, who competed alongside Clarke on the main European Tour, summed-up Clarke’s mood after he walked off with a three-putt par when a birdie would have sent him back into a share of the lead.

“That’s the difference now with Darren as he would be fuming with himself had that happened back when on the European Tour,” said Johnstone. “Now, he just accepts it and moves on”.
As hinted by Johnstone, journalists like this writer feared for our lives in approaching the Dungannon-born golfer back in the 1990s, 2000s and 2010s.

There was one incident at a BMW International Open in Germany when I needed to speak to Clarke and I thought that I was standing far enough away when he exited the scorer’s hut and began ‘digging’ into his golf bag looking for his watch and wallet.

Though clearly it was not far enough as Clarke let loose: “What the **** do you want Bernie?”. I responded: “Hang on. I haven’t asked you a question yet”. Clarke replied: “Doesn’t matter as you’re annoying me. Okay, what do you want? (now smiling)”

I secured a few sentences and we moved on. In those days when he was forging out a main Tour career of 14 wins, let’s just say it was very rare to enjoy a long fireside chat with Clarke.

Back to Sunningdale and Clarke’s double on 17 sent him back to three behind Dodd and staring at four back after his second shot at 18 was well right and leaving Clarke to chip over a greenside bunker but then staring at a 15-footer to save par.

To his enormous credit, Clarke kept his cool and calmly holed the putt.