Kearney survives cut as Elvira edges ahead in Wales 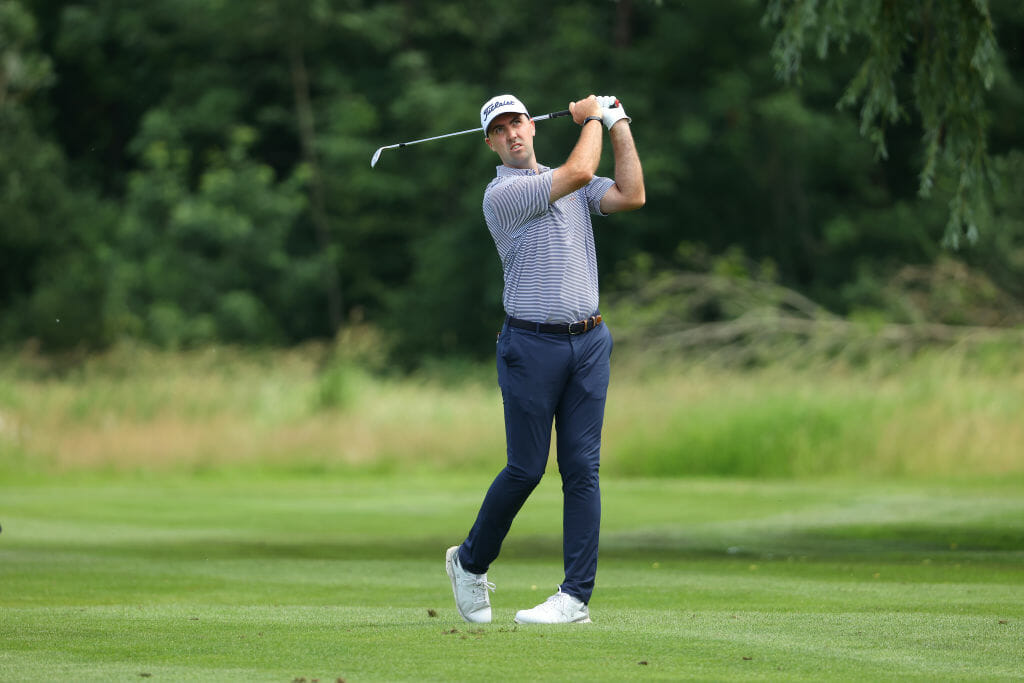 Niall Kearney was the sole survivor amongst Ireland’s Welsh raiders as Nacho Elvira took a two-stroke lead into the weekend of the Cazoo Open supported by Gareth Bale after carding a four under par second round of 67 at The Celtic Manor Resort.

Royal Dubliner Kearney was again not quite at his fluent best, adding a one-over 72 to his opening 71 to advance to the weekend rounds in a share of 44th at one-over par. The halfway cut fell at two-over and that spelled bad news for the remainder of Ireland’s travelling contingent with Gavin Moynihan (+5), James Sugrue & John Murphy (+6), Cormac Sharvin (+7) and Paul Dunne (+8) all missing out.

Sharing the overnight lead with Vincent Norrman, Spaniard Elvira carded six birdies to move to 11-under par on The Twenty Ten Course, host venue of the Ryder Cup 11 years ago.

“It’s definitely playing a lot different than last year. The fairways are firm and the greens are firming up. You have to adjust to how much the ball is releasing on the greens, that’s the most important thing. There were some tough pins today you had to stay away from. It worked out quite well.

“Anywhere close (to the leading groups) is always good. To be 100 per cent honest, I don’t really care where I end up. I’m happy with how I’m trying to turn my game around, especially my mind around. So we’ll see what that brings.”

Norrman meanwhile recovered from a front nine of 39, three over par, with five birdies after the turn, including three in a row from the 14th, to card a two-under par round of 69 for a nine under par total.

Japan’s Masahiro Kawamura carded the lowest round of the tournament thus far, an eight-under par 63, to climb 40 places on the leaderboard up to third. The 28-year-old carded seven birdies and an eagle to record his lowest score on the European Tour in 98 starts.