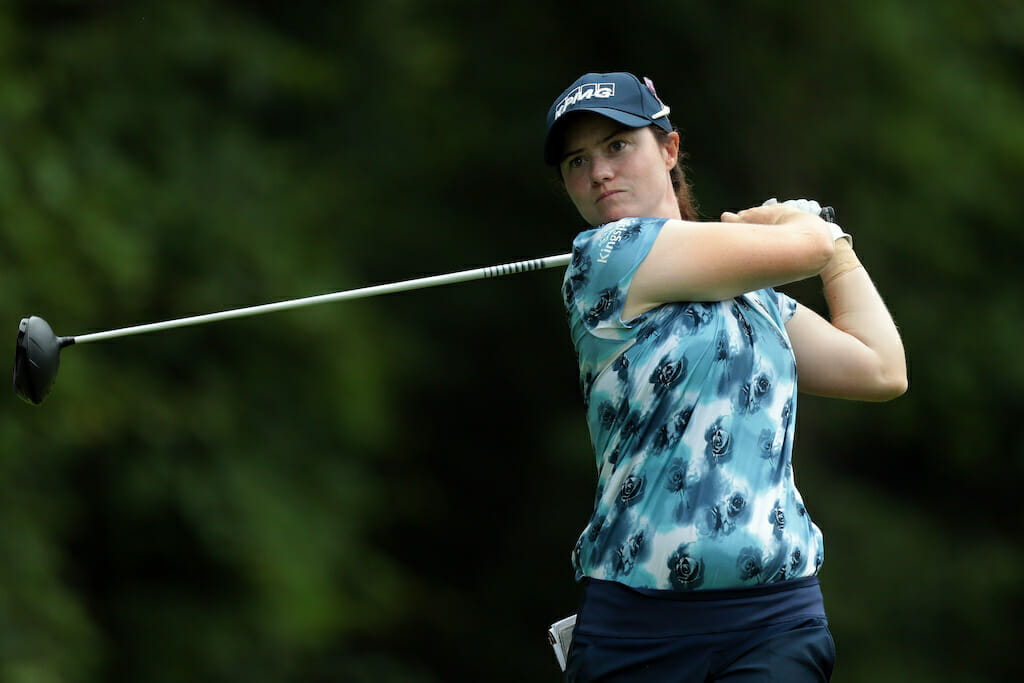 The eyes of the golf world turn to the stunning surrounds of Evians Les Bains in South-East France for another fix of Major action as Leona Maguire and Stephanie Meadow take their chance in the penultimate Major on the calendar from Thursday.

Meadow tees up buoyed by a top-10 finish alongside great friend Cristie Kerr at last week’s team event – the Dow Great Lakes Bay Invitational – where the pair combined for a 17-under par tournament tally and a tied sixth result. The performance couldn’t have been more timely for the Jordanstown swinger who has largely struggled this year, missing five cuts on the spin before teaming so well with Kerr.

Meadow has long shone on the big occasion having struck a podium finish on her professional debut all the way back in 2014 as a 22-year old at Pinehurst. This season she enjoyed a top-20 finish at the ANA and after moving back inside the top-100 on the season-long Race to CME Globe, the Northern Irishwoman will be looking for something similar to reignite her confidence ahead of next week’s trip to the Olympics.

Meanwhile, Leona Maguire enters the fray coming in cold after missing out on last week’s team event through no fault of her own. Paperwork problems for teammate Patty Tavatanakit saw the Cavan professional forced to withdraw by default but after a tied-15th finish at the KPMG Women’s PGA, Maguire will be gunning for more Major success on a firm and fast Evian track that should play to her strengths.

As ever, any Irish success will mean fending off one of the deepest fields in women’s golf with defending champion Jin Young Ko out to retain her crown after enjoying a two-stroke victory over American Jennifer Kupcho, Shanshan Feng and Hyo Joo Kim.

However, this year’s line-up isn’t quite as strong as usual with Lexi Thompson, Danielle Kang, US Open Champion Yuka Saso and Nasa Hataoka all missing out as they dial in their preparations ahead of the Olympics.

The Champions Course sets the stage once again having hosted the tournament since its inception on the Ladies European Tour in 1994 before it officially became the year’s fifth Major.