Power trucking along nicely at the Barbasol Championship 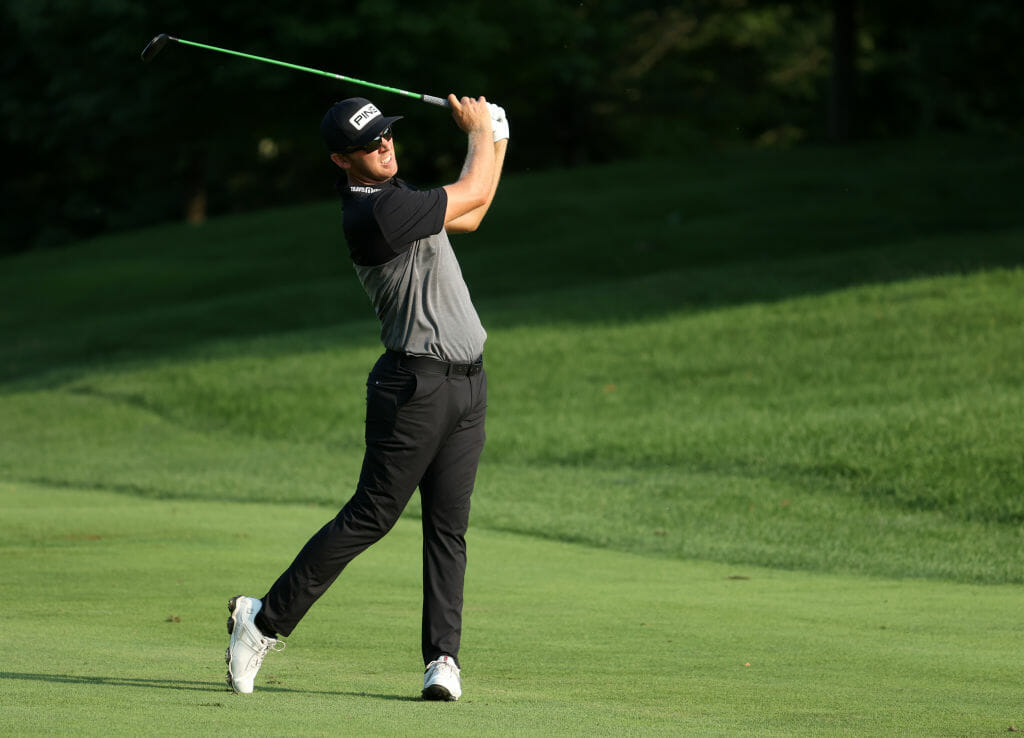 After opening with rounds of 65 and 68, Seamus Power kept his foot to the floor at the Barbasol Championship with a third round 67 (-5) which included seven birdies and just two dropped shots.

Power certainly seems to be getting more comfortable with life on page one of the leaderboard having had some superb finishes at the recent Rocket Mortgage Classic (T8) and the John Deere Classic (T8) and he’s set himself up for another one as he sits on 16-under par, in T5 place. If he can produce the goods today it would ensure his sixth consecutive top-20 finish, while a win of course would be his first in 106 PGA Tour starts.

Three shots ahead of Power is the leader, America’s J.T. Poston, who holds a 54-hole PGA Tour lead for just the second time in his career and it’s a slender one, with Luke List just one shot back on 18-under as he goes in search of his first PGA Tour victory off the back of a T4 placing last week.

Poston, who won the 2019 Wyndham Championship is currently 41 holes without a bogey heading to the final round in the ‘preferred lies’ format in Kentucky.

The story of day three though was James Hahn. The American had opened with rounds of 69 and 70 before he went and blew the field away with 8 birdies and 2 eagles for a round of 60 (-12) which equalled the best round in the history of the Barbasol Championship.

Hahn took just 22 putts to record his score and he joins a pretty elite list with just 41 rounds of ‘60’ in PGA Tour history and he’s in a tie for third place on 17-under alongside Joseph Bramlett with Seamus Power & David Lingmerth one shot further back.