Bryson slammed by Cobra after declaring his driver “sucks” 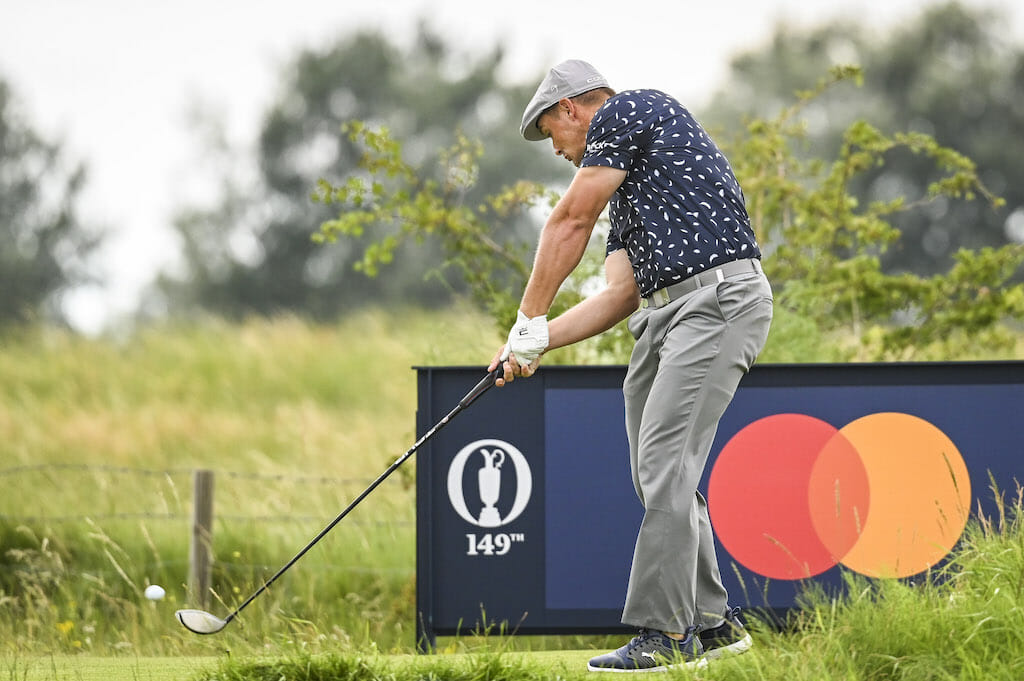 Feuding Bryson DeChambeau is now at the centre of a second ‘war of words’ with club manufacturer Cobra who believes the American is acting like an ‘eight-year-old boy’ after DeChambeau suggested his driver ‘sucks’.

The World No. 6 lashed out at the company supplying his driver and blamed his longest club in his bag in hitting just four of 14 fairways on route to a one-over par 71 on day one of the 149th Open Championship at Royal St. George’s. If left last year’s US Open champ trailing eight shots behind South African Louis Oosthuizen who heads the field with a six-under par 66.

DeChambeau hinted in his pre-Open press conference he was struggling with the driver but no-one was expecting his post opening round outburst.

“It’s what I said yesterday or a couple days ago and if I can hit it down the middle of the fairway, that’s great, but with the driver right now, the driver sucks,” he said.

“It’s not a good face for me and we’re still trying to figure out how to make it good on the mis-hits. I’m living on the razor’s edge like I’ve told people for a long time. When I did get it outside of the fairway, like in the first cut and whatnot, I catch jumpers out of there and I couldn’t control my wedges.”

DeChambeau is using a specially designed 46-inch-long Cobra Rapspeed driver with a 5-degree loft and his shock outburst provoked an immediate response from the Carlsbad, California-based company

“Everybody is bending over backwards for him,” said Ben Schomin, Cobra’s Tour Operations Manager, the man who stepped in to caddie for DeChambeau at last fortnight’s Rocket Mortgage Classic in Detroit a fortnight ago after splitting with long-time bagman, Tim Tucker.

“We’ve got multiple guys in R&D who are CAD-ing (Computer Aided Design) and CAD-ing that, trying to get this and that into the pipeline faster. Bryson knows it. It’s just really, really painful when he says something that stupid.

“Like, it’s very rare where he’s happy. Now he’s in a place where he’s swinging a five-degree driver with 200 rpm of ball speed. Everybody is looking for a magic bullet. Well, the magic bullet becomes harder and harder to find the faster you swing and the lower your loft gets.

“It’s like an eight-year-old that gets mad at you. They might fly off the handle and say, ‘I hate you.’ But then you go, ‘Whoa, no you don’t’.

“We know as adults that they really don’t mean that and I know that if I got him cornered right now and said, ‘What the hell did you say that for?’ he would say that he was mad. He didn’t really mean to say it that harshly. He knows how much everyone bends over backwards for him. But it’s still not cool.”

And this latest controversy comes on the back of his continuing spat with fellow American Brooks Koepka.