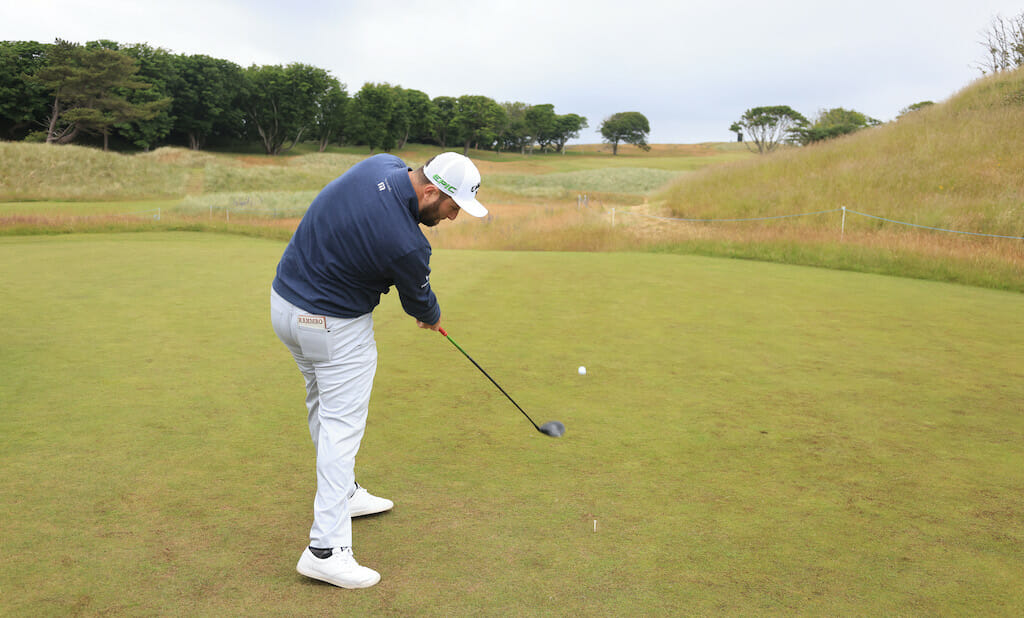 Spaniard Jon Rahm is as little as a 13/2 favourite with bookmakers PaddyPower to become the first player since Tiger Woods in 2000 to capture both the U.S. Open and Open Championship crowns in the same year.

Rahm, after the bitter disappointment of having to withdraw from The Memorial, headed to Torrey Pines where he endeared himself to sports fans the world over in capturing a maiden major on the cliff tops course in San Diego.

Next best with the bookmaker is four-time major winning Brooks Koepka at 14-1, despite Koepka revealing he’s no fan of Royal St. George’s

“I only played the front nine. I don’t know, it’s not my favourite venue that we’ve played. I think Portrush and St. Andrews are definitely the favourites,” said Koepka during his Tuesday pre-Open press conference.

“There’s quite a few blind tee shots where you’re kind of hitting to nothing. The fairways are quite undulating. I don’t know, it’s not my favourite of the rotation, put it that way.”

Jordan Spieth, winner of the 2017 Open at Royal Birkdale, is at 16-1 with fellow Americans Xander Schauffele and Justin Thomas next best at 18-1 alongside Rory McIlroy, looking for a first major victory since capturing the 2014 PGA Championship. World No. 1 Dustin Johnson is a 20-1 chance.