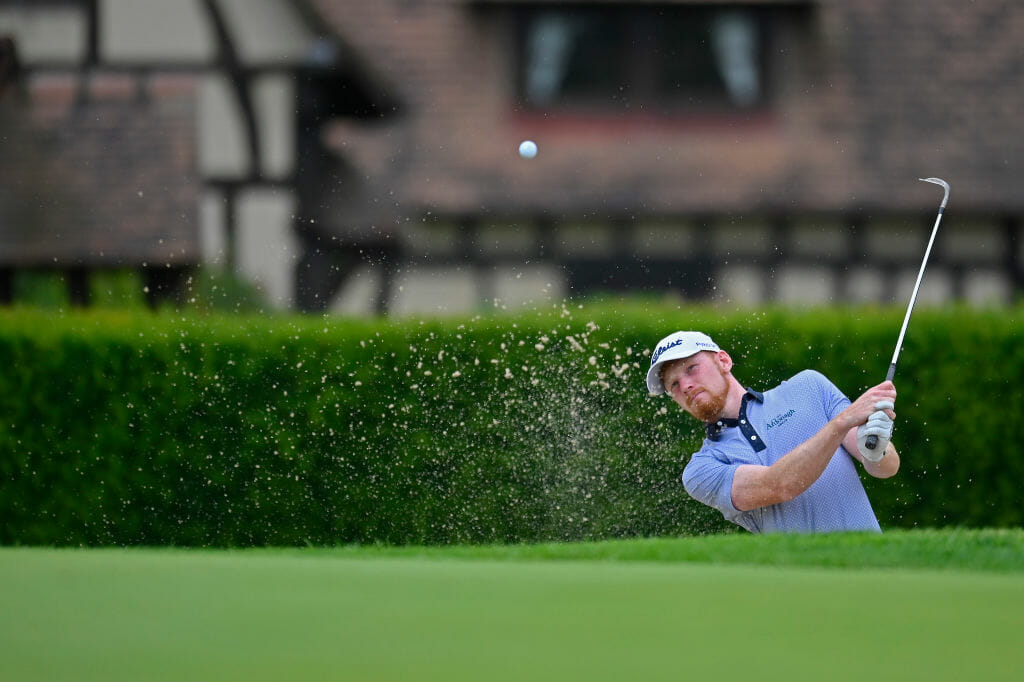 Ireland’s John Murphy is clearly enjoying life as a professional and is best placed of the Irish players in France after carding a level par (71) third round at the Le Vaudreuil Golf Challenge.

After making his first Challenge Tour cut and off the back of winning a spot at the ISPS World Invitational, Murphy recorded three birdies and three bogeys in his third round, adding to his opening 67,69 haul and is in a six-way tie for 8th on six-under par, just three strokes off the lead heading to the final round.

Portmarnock’s Conor Purcell is three shots further back on 3-under par after also carding a third round 71 and he is in tied 22nd place while Tom McKibbin is in tied 31st on -1.

The pair are one stroke ahead of 39-year-old Alfredo Garcia-Heredia, who sits in third place on ten under par.

Four-time European Tour winner Siem has daughter Victoria by his side this week and admitted victory at Le Vaudreuil would be the greatest achievement thus far in his career.

“My dream is that she is with me on 18 when I can lift a trophy so there’s a chance of that tomorrow and that will be the biggest achievement for me so far in my career to win a golf tournament in front of my daughter,” he said.

The 40-year-old is also eyeing a fifth appearance at The Open  with the leading non-exempt player in this week’s field earning a spot in the final Major Championship of the year at Royal St George’s next week.

“I haven’t had a Challenge Tour victory yet so it would be a very big step for me and I’m feeling very calm at the moment which is strange as I’m always feeling slightly buzzing,” he added. “It would mean the world to me and I know there’s a spot for The Open in the mix but I will just focus on Austria next week and if I do win we will have to speak about that.

“Winning a golf tournament is always great and I have got to know the guys on the Challenge Tour a lot better now and winning over here on this tour would be awesome.”

Joint-leader Leon is grateful to be back doing what he loves after playing opportunities were restricted during the pandemic and reflected on a difficult day for the European Tour family following the passing of colleague Clare Lipscombe.

“I think playing with a smile on my face helps my golf,” he said. “Even if it does or does not, it’s important to me given that I haven’t been able to compete in the pandemic, I am just thrilled to be here. I will give it all I got and deal with whatever comes, whether it be good or bad I will not change my attitude because that’s how I feel and I’m honored to be out there playing again.”

“It was a different feel to the day given the news about Clare. I was very sad yesterday and today.  I wanted to put in the best round I could in tribute to her and all of the European Tour family suffering with a big loss this week.”