Maguire cruises into Marathon weekend with 68 in Ohio 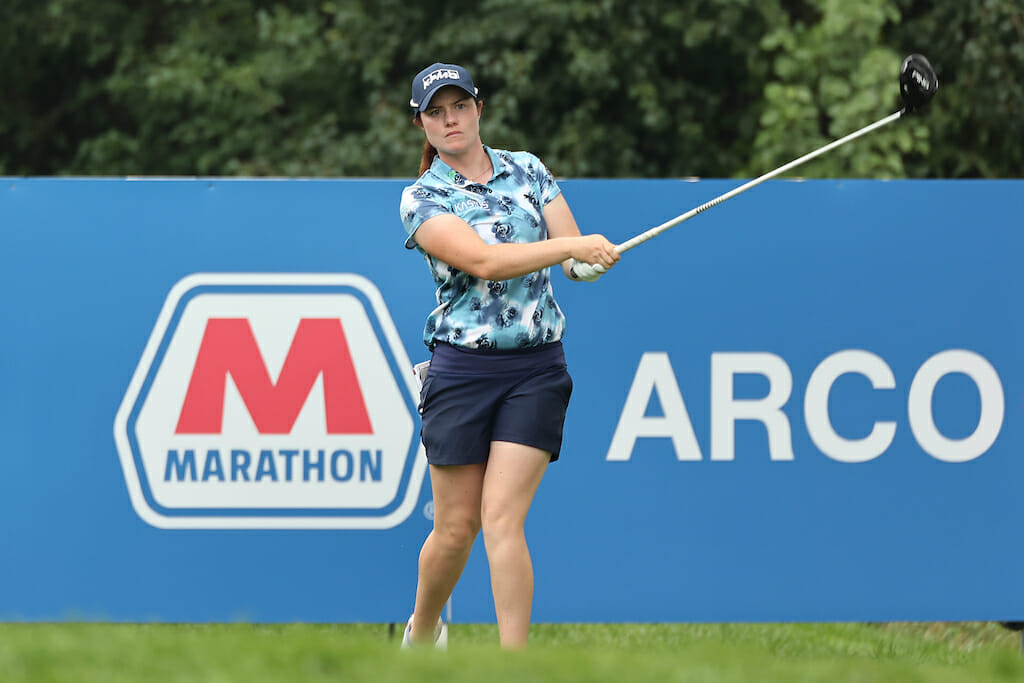 Leona Maguire added a three-under 68 to her opening 69 to move into the weekend of the Marathon LPGA Classic at five-under par and seven back of Nasa Hataoka’s lead in Ohio.

The Cavan professional recovered from an outward half of 39 with five birdies in a blistering homeward half of 29, a back nine blitz that’s seen her move into a tie for 22nd having needed just 27 putts to navigate her second round.

Nasa Hataoka had threatened to take off to the moon during her opening round 10-under 61 and after making six straight birdies on day one, she had a four-hole birdie bonanza to thank for maintaining her lead atop the board after a bit of a struggle on Friday.

“My shots were not as good as yesterday,” said the 22-year-old Japanese star who had four birdies in a row from the 14th-17th before finishing up in the clubhouse two clear of Mina Harigae.

“Didn’t have that many chances. I had a lot of problems, but I was able to fix that for the last part and bring it back up. I was kind of stiff on impact and I was able to realise that and adjusted to relax myself and that brought those birdies.”

31-year old Harrigae has never won on the PGA Tour but she’s confident she can reel in the three-time winner Hataoka.

“I feel really confident, comfortable with all aspects of my game,” Harigae said. “Just everything just kind of feels solid and everything is kind of flowing together, so it feels really good.”