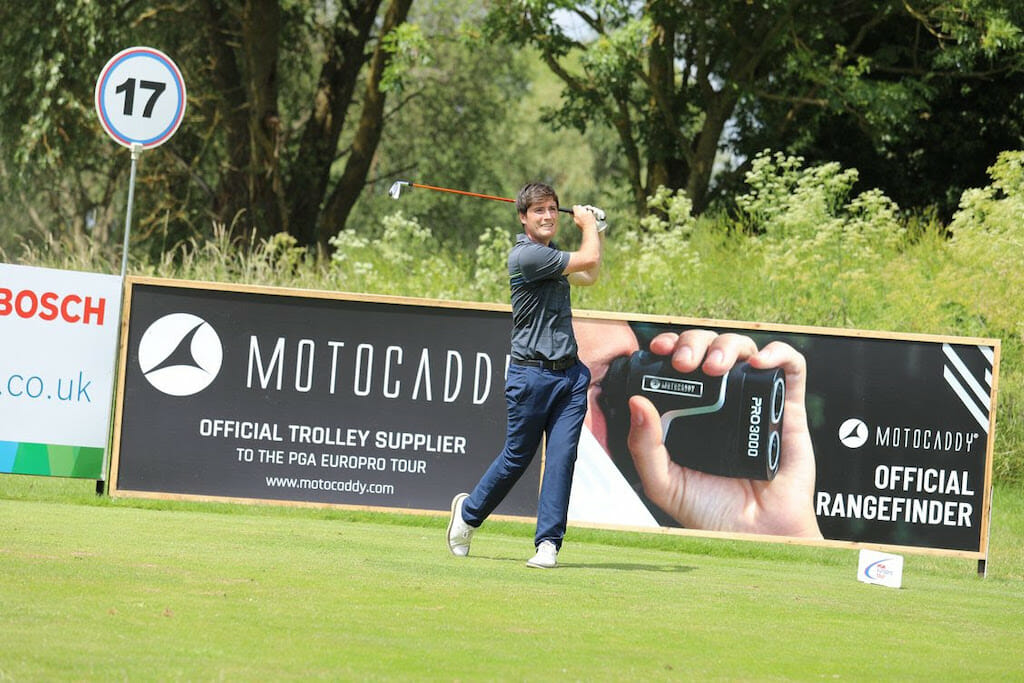 Ballymena’s Dermot McElroy finished like a train to claim a share of second place as Joe Dean collected The GLAL.UK Worcestershire Masters title at The Vale Golf and Country Club.

28-year old McElroy finished three back of the winner but only after pushing all the way in his final round eight-under 64 on Friday. The Northern Irishman had fired nine birdies through 17 holes before his first dropped shot of the day at the last meant he signed for the joint-best round of the week.

McElroy banks £3,188 for the effort and it’s another brilliant finish for the Ballymena man who was one of the stars of the week when winning the Christy O’Connor Jnr Trophy as the low Irishman at the Irish Challenge in Portmarnock links.

There was no denying Dean his first victory on the PGA EuroPro Tour, however, after the Englishman prevailed by three strokes after a flawless final day 66 (-6) sealed it comfortably in the end.

He never looked fazed on a final day that ebbed and flowed always remaining on top of the pile even if he was pushed at several points throughout. In 2018, Dean moved up to the Challenge Tour through the tour’s top five but that came without a win, he was relieved to get his first win:

“It was great to get the top five in 2018 especially without winning but it also leaves a little area of doubt in your mind that are you ever going to cross that line, so to do it now it’s a massive move forwards.”

“Me and Sam (Locke) were going backward and forwards to start with and then I saw after the first six that Ben Hutchinson had made a few birdies as well. To be honest, I didn’t look at the leaderboard the whole way round. I saw Dermot (McElroy), the only thing I saw was him holing a birdie putt on 17. I’m so glad I didn’t look at any leaderboards just to keep my mind at rest and focus on my process.”

Going into the final round Dean wasn’t happy with his short game, something he felt got better: “The putter came back, the short game came back a little bit this week and it was good enough. I might have a few beverages when I get home!”

Highlights will first air for The GLAL.UK Worcestershire Masters at The Vale Golf & Country Club supported by Blackstar Golf on Sky Sports Golf at 6 pm on Tuesday 20, July with further airings throughout the week. A full listing of showings can be found here. The Tour has a week off before it heads to Clevedon Golf Club for The Wright-Morgan Championship from Wednesday, 14 to Friday, 16 July.