Lowry reaffirms brother Alan will caddy for him at Tokyo Olympics 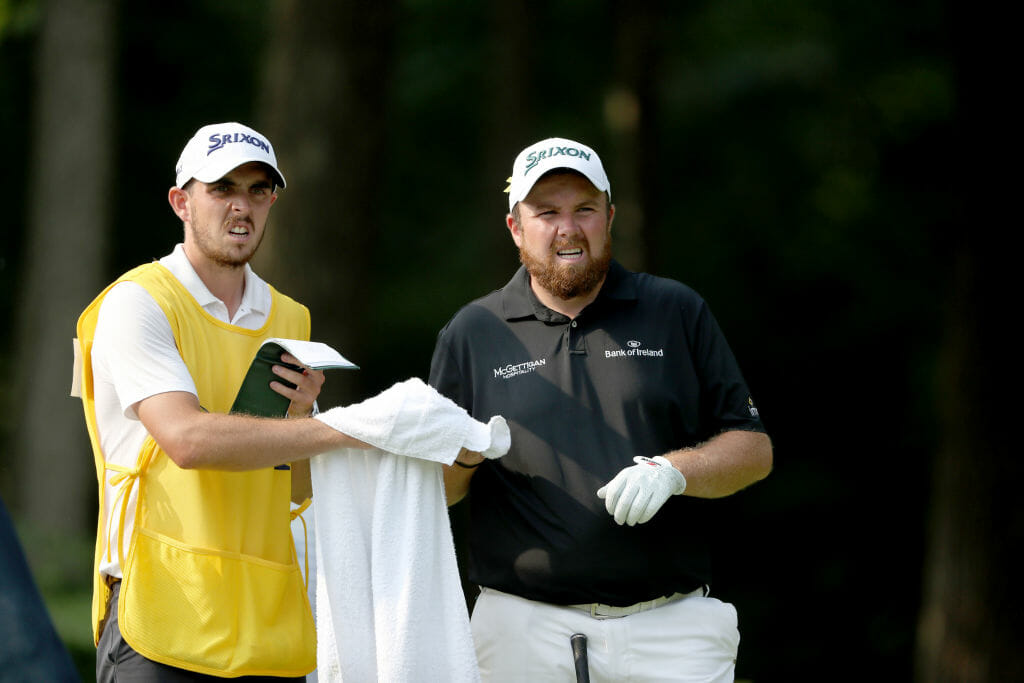 Shane Lowry on the 17th hole with his caddie his brother Alan Lowry during the final round of the 100th PGA Championship at the Bellerive Country Club on August 12, 2018 (Photo by David Cannon/Getty Images)

Shane Lowry has reaffirmed that younger brother Alan will be pulling on the Irish colours when he takes on the role of caddy when Lowry tees-up in the Olympic Games later this month in Tokyo.

Lowry wants to keep it an all-Lowry family affair when he teams with Rory McIlroy in the July 29th starting chase for an Olympic medal at the Kasumigaseki CC in Saitama, Japan.

Alan will take the place, just for this one event, of regular caddy Bo Martin, who partnered Lowry to his stunning Open Championship victory at Royal Portrush in 2019.

And it will not be the first time younger brother Alan, a former Paddy Harrington golf scholar at Maynooth University, will take time off from his job with Deloitte to call the shots for brother Shane as he filled the void for four European Tour events in 2018 after Lowry split with long-time caddie Dermot Byrne.

“Alan’s all organised as he’s arranged from time off work and we’ve talked it over a lot,” said Lowry ahead of teeing-up on day two of the Dubai Duty Free Irish Open at Mount Juliet.

“Alan caddied for me before and did a great job. We had a good run in America for a few weeks and to be honest at that stage, I had not asked Bo to caddie for me.

“So. he’s very excited and it’s pretty cool, as it will be a family affair. It will be nice to have him over there, nice for the two of us to go over there.

“I’d like to emphasise that he’s as good a caddie as you can get. So it’s not like I’m not trying; I’m going over there to win a medal. Having Alan on the bag will just be cool to do  with a family member and it will be nice for Bo to meet me in Memphis the week after and at least one of us won’t be wrecked!

“He did four tournaments with me in a row before Bo started and we did quite well together. We had like three Top 15s in a row over there and it was off the back of a really bad run. So it kind of got me going again, having him on the bag.

“It will be nice to do it, we’re flying over together, I think we’re doing the Opening Ceremony together and just the experience will be nice.

“We just got all our gear during the week and he was pretty happy with that. Look, exciting times for us. It will be pretty cool for my parents sitting at home watching us, as well.”