Raymond in contention at Open de Bretagne after opening 65 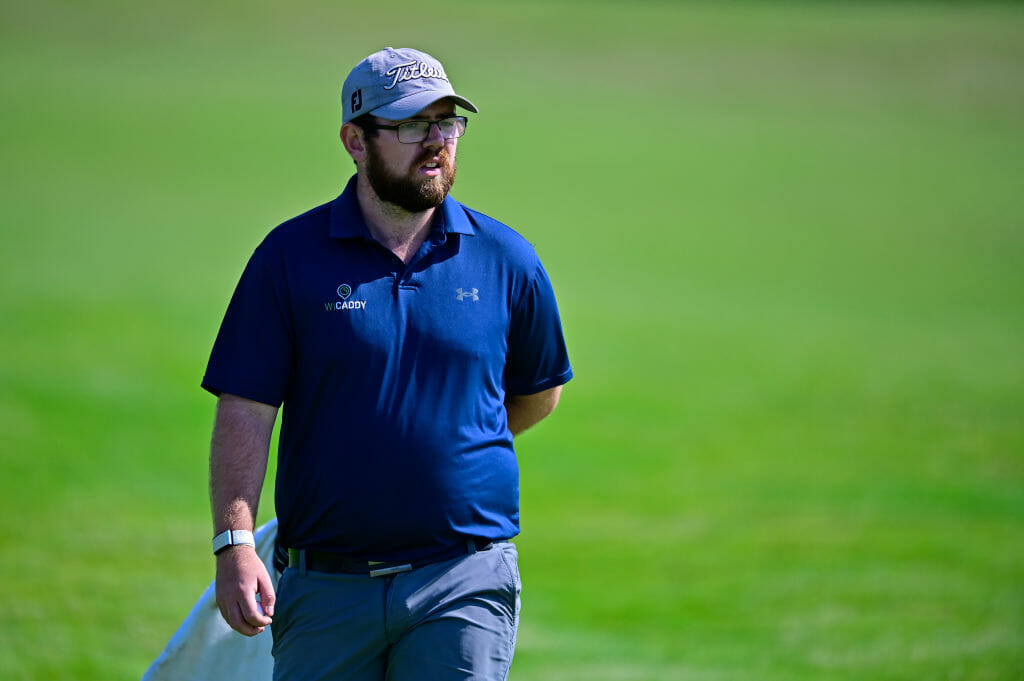 Cameron Raymond looks on during Day One of the Open de Bretagne at Golf Bluegreen de Pleneuf Val Andre on June 24, 2021 in Pleneuf, France. (Photo by Aurelien Meunier/Getty Images)

Cameron Raymond is best of the Irish in France and sits in T5 position after the first round of the Open de Bretagne.

The St. Annes player opened his account with three birdies in his first four holes before back-to-back bogeys on 7 and 8 saw him turn in 34 strokes.

Further birdies on 11 and 12 were followed by a bogey on 14 before he came home like a rocket with birdies on 16, 17 and 18 for a 65 stroke total (-5). Raymond is just two off the lead and shares fifth place with Germany’s Marcel Siem, South African Hennie Du Plessis, Swede Hampus Bergman, Welshman David Boote and  Jeong Weon Ko of France.

John Murphy, clearly enjoying his first few outings as a pro is in a large group of players on two-under while Paul McBride and Robin Dawson have some work to do and are a couple of shots further back on the projected cut mark of level par.

The trio of Gavin Moynihan, Jonathan Yates and Conor O’Rourke find themselves on two-over par after rounds of 72 and really need a big day to make the weekend rounds.

At the head of proceedings Austria’s Timon Baltl will take a one-shot lead into round two after posting a sublime seven under par round of 63 at Golf Bluegreen Pléneuf Val André.

Balti, making just his 19th start on the European Challenge Tour, took full advantage of the calm playing conditions in France and recorded a bogey-free round, carding five birdies and an eagle to take the lead on the first day.

The 26-year-old, who is one stroke ahead of in-form Frenchman Julien Brun, South African Jacques Blaauw and Icelander Haraldur Magnus, admitted that everything seemed to go his way today.

“It was a very, very good round,” he said. “I got it going really early with a birdie and then another birdie on the short par three 15th, I managed to chip in there, so it was a very good start to get the round going.

“I was very solid off the tee, hardly any mistakes. Into the greens I would say was good but not so great as the score would suggest, but I chipped in a couple of times which was really nice, it really went my way today.”

“You’ve got to hit good tee shots here. You have to get the ball in play and just like every golf course you’ve got to hole a few putts as well.

“There is high rough left and right basically on every hole, so you have to hit the ball straight. Today was a little bit easier than in the practice round and in the Pro-Am yesterday as it wasn’t as windy.”

Frenchman Brun, who sits one shot behind the Austrian says that there is still a lot of hard work to be done but says having the right mentality will hopefully pay off by the end of the week.

“It’s a long week,” he said. “It’s very tough mentally here; you need to be fresh and focused on every shot. There’s still three rounds to go so a lot of work to do.”

The second round of the Open de Bretagne will begin at 8:00am local time on Friday June 25, with Baltl teeing it up at 9:17am alongside Spaniard David Borda and Frenchman Julien Foret.