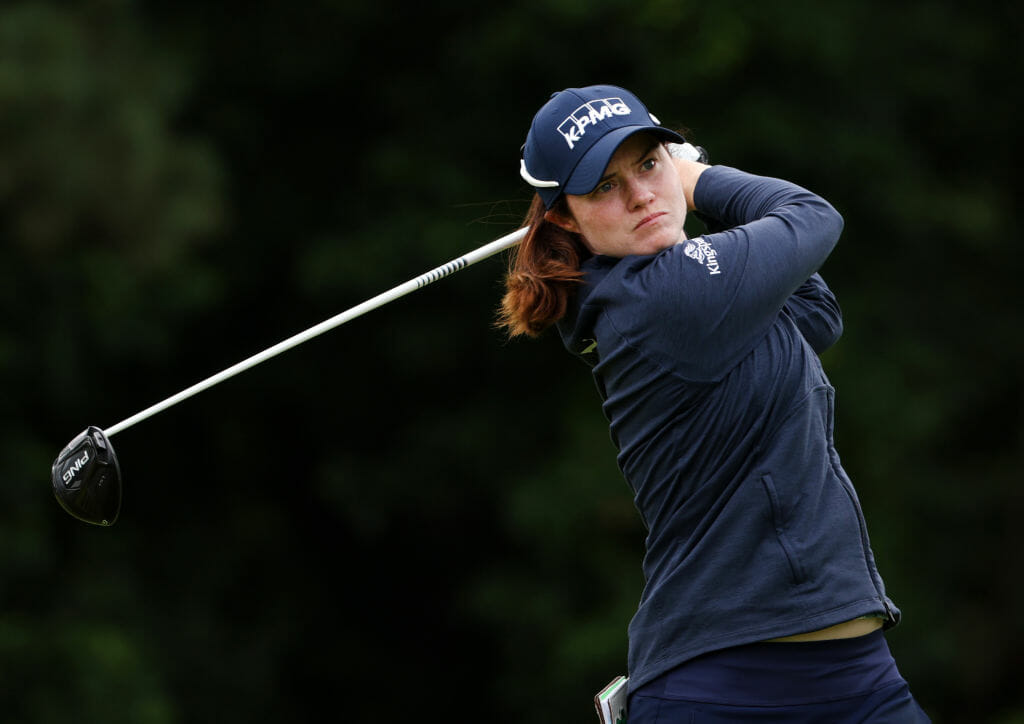 Following her superb performance last week where she finished second to Nelly Korda at the Meijer Classic, Leona Maguire will have been looking to pick-up where she left off at the KPMG Women’s PGA Championship and she’s off to a good start.

It’s difficult to keep in mind that Maguire is still in her rookie season on the LPGA Tour as her results have been fantastic and she opened her account at the Atlanta Athletic Club with a level par round of 72 which sees her inside the top-30 on the leaderboard.

After an opening bogey Maguire birdied the 5th before dropping another stroke with a bogey on the 8th. Another birdie came on 12 but went straight back on 13 before a 17th hole ‘2’ on the par three got her back to level par for the day and she is just five shots off the pace and well in the hunt.

Stephanie Meadow didn’t have as good of a day with the only bright spot being a birdie on the 17th as she returned a 78 to sit on six-over par and needs a big round today to make the projected cut mark of +3.

As for the leader, well Lizette Salas, who you may remember burned up the course at Woburn on Sunday at the 2019 AIG Women’s Open only to fall one stroke short of Hinako Shibuno, was back in fine form and she carded a five-under par 67 on the Georgia layout, one stroke better than Charley Hull.

Starting on the back nine, Salas missed just two fairways and took only 26 putts on the demanding Highlands Course and she was bogey free for the day while she made birdies at 12, 17 and 18 then came home with birdies at 4 and 5.

“It was definitely not easy,” she said about the major championship conditions on the historic venue. “We started with pretty wet conditions this morning, but the greens are rolling extremely pure. I had a really good warmup. I was really confident coming into this week, and I think my game really suits this golf course and kept it boring.”

Hull, who teed off in the afternoon, also played the back nine first and got to 4-under-par with a birdie on 8 – her 17th hole – to finish at 68. She had two bogeys on her card but recorded six birdies – four over her final eight holes.

“I feel like I’m in a good head space at the minute, just out there having fun,” said Hull, feeling the effects of pandemic separation from her family in England. “I’m going home Monday, so I can’t wait to see my friends and family. I’ve been suffering a little bit with like being out there, being away from my family for so long.”

Two strokes back at 69 are Jeongeun Lee6, Jessica Korda, Austin Ernst, Dani Holmqvist, Yealimi Noh, Xiyu Lin and Alena Sharp. Nelly Korda, who is pursuing her first major after a win last week at the Meijer Classic, is in a large knot of players at 70, including major champions Ariya Jutanugarn, In Gee Chun and Patty Tavatanakit.