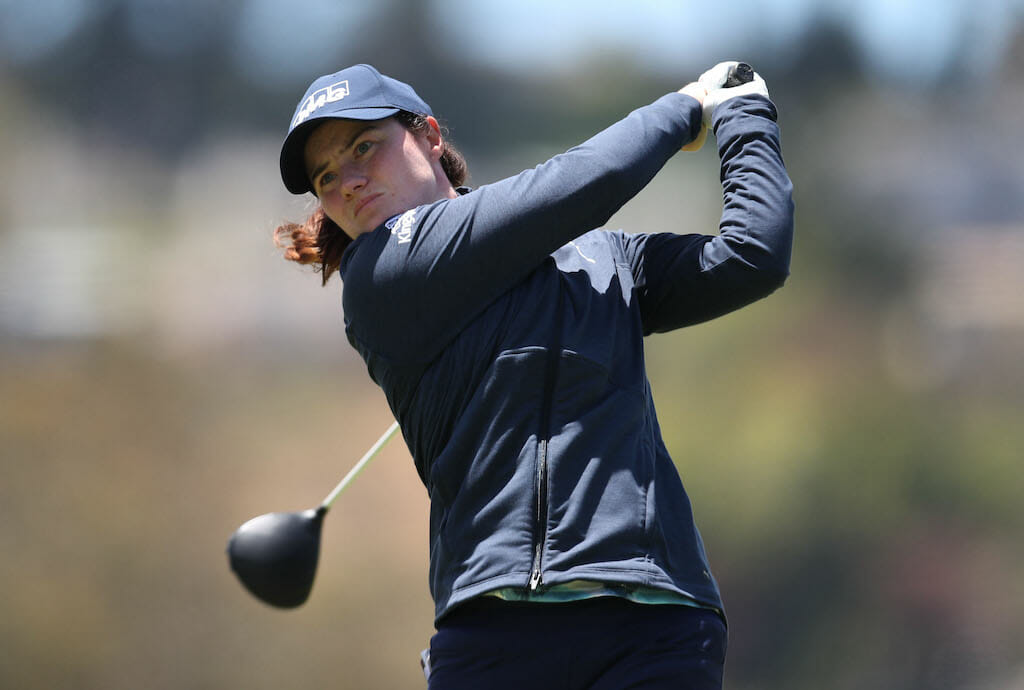 After bursting to the front following an opening day 65 at last week’s Mediheal Championship, Leona Maguire was at it again, firing seven birdies in another superb 65 that launched her to a share of the lead after day one of the LPGA Meijer Classic.

The Cavan professional looked a player possessed, rattling off seven birdies and needing just 28 putts to navigate her way around the Michigan track bogey-free on day one, leaving her tied at the top alongside England’s Charley Hull, Japan’s Nasa Hataoka and American Lauren Stephensen.

“It was just pretty consistent,” Maguire said. “A lot of fairways, a lot of greens. I think I only missed maybe one green today and really took advantage of the par-5s, which really helps around here.

“Most them we can nearly get in two, so you really have to really take advantage of those. Was hitting irons nice and, yeah, overall a pretty stress-free Thursday, which is nice to start the week.”

For a birdie and the co-lead!@leona_maguire is 5-under thru 10 ? pic.twitter.com/Q5f7oiWmtS

Having carded a 73 and 74 in the middle rounds of last week’s tournament, Maguire insisted she’d learn from the mistakes that left her eight-shots back of the eventual winning score, and after hitting the ground running again on Thursday, who’s to say she won’t just do it at the first time of asking, at a course in Blythefield Country Club that’s reminding the 26-year old of home.

“It reminds me a lot of home, a lot of golf courses that I would’ve grew up playing at home,” she said. “Very green, some trees. Yeah, drove the ball really well today. Just sort of suited my eye quite well.

“Kinda like Hermitage, Elm Park, ones I would’ve grown up playing junior golf. I have an Irish caddie [Dermot Byrne] on the bag and he said the same. It’s nice when you sort of have that familiar ID even though it’s a new place. So, yeah, a little warmer than home this week, but at the same time, it’s nice to have those good pictures.”

Jordanstown’s Stephanie Meadow finds herself three shots outside the projected cut-mark after carding three birdies in a one-over 73.