Purcell shines just one shot back after opening 65 in Cadiz 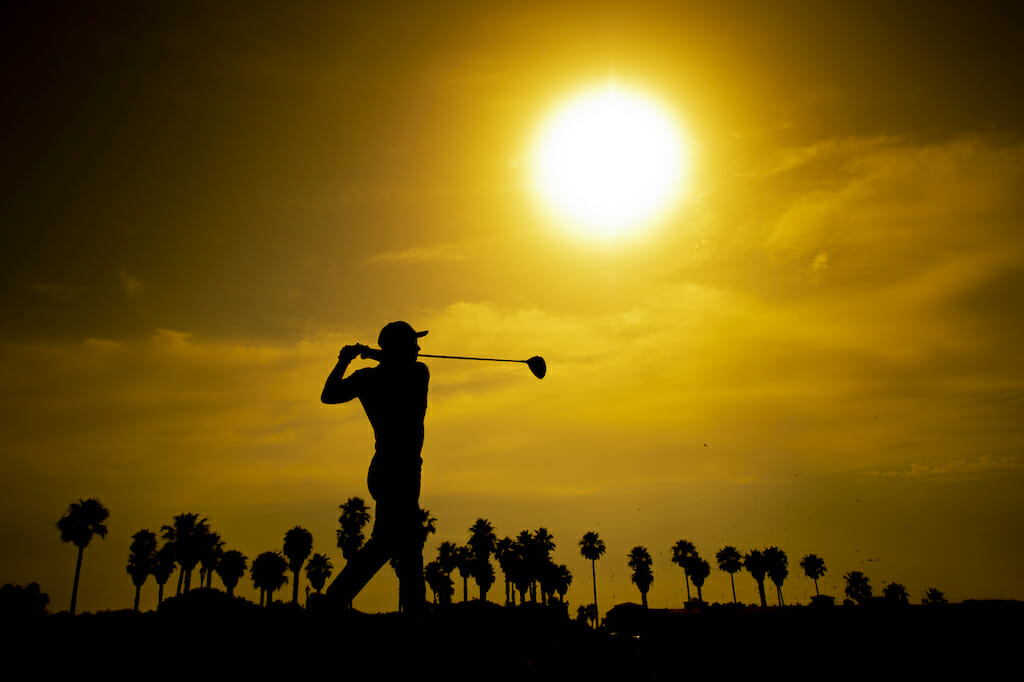 Portmarnock’s Conor Purcell begins Wednesday morning’s second round just one shot off Lucas Vacarisas’ lead after firing a seven-under 65 on day one of the Challenge de España.

The Dubliner, who tied 34th last week in Cadiz, carded a magnificent eight birdies to sit in a share of second and head the Irish challenge this week in Spain where Robin Dawson sits just one shot outside the projected cut-mark after an encouraging one-under 71 to start.

Michael Hoey traded three birdies with three bogeys in an even par effort while Paul McBride carded four birdies but too many mistakes in a three-over 75.

It’s the Spaniard Vacarisas who leads the way, recovering from an opening bogey in sensational style to shoot nine-under par through the following 17 holes, which included a run of five consecutive birdies.

Vacarisas has turned Andalucía into a happy stomping ground having picked up his maiden victory on the Alps Tour in the Alps de Andalucía at Club Zaudìn Golf in Sevilla and he believes his time on the satellite tour provided the perfect platform for him to make the step up to the European Challenge Tour.

“I think it is a good tour to learn how to stay strong because if you do not play well every day on that tour you cannot finish in a strong position, so I learnt a lot during that experience,” he said.

“I worked a lot during the pre-season to prepare for the start of the Challenge Tour because it is different to the Alps Tour. The courses and flag positions are different so it is a new challenge, but I am clearly finding it okay and I am looking forward to the next few days.”

The Alps de Andalucía champion has not enjoyed coming face to face with the par four tenth hole so far during the Spanish Swing but has been working on a new method of putting that has delivered him success.

“I do not like hole ten. Last week I made a triple bogey on it to start my second round,” he said. “I just tried to get hole ten out of the way and then just played my golf. I have been playing good golf for a couple of weeks but my putting has not been on point, but now I feel a little bit better.

“I have changed my putter to an armlock now which I think is working better so I can enjoy my putting now.”

“I think the course is a little bit softer today, the greens are softer than last week. It’s a nice course and if you play well there are definitely good scores out there. It is always special to play in at home in Spain but it is shame there are no crowds watching. To play with all the Spanish guys here is always special.”

The second round of the Challenge de España will get under way at 8:00am local time, with Vacarisas being joined by four-time European Tour winner Matteo Manassero and Norwegian Kristian Krogh Johannessen at 2:10pm.