Koepka again insists his controversy with DeChambeau is growing the game 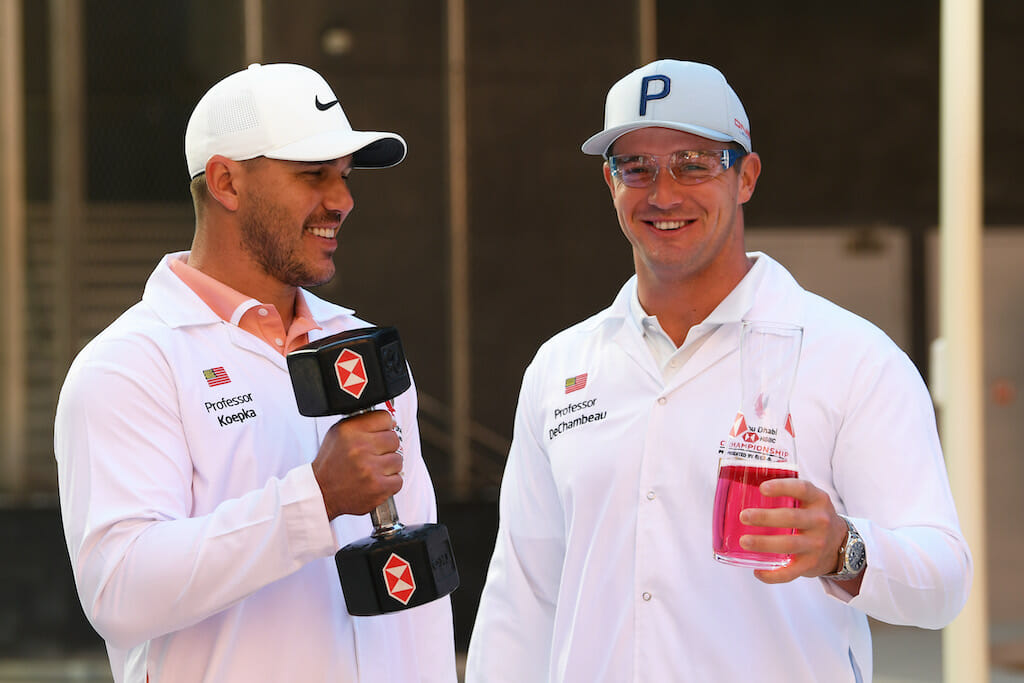 Here’s a strange twist in the Brooks Koepka/Bryson DeChambeau on-going controversy. What emerged from a ‘rogue’ video clip of a PGA Championship Golf Channel post-round interview with Koepka, is now still a strong topic of conversation nearly a month on.

Rewind to Kiawah Island and Koepka clearly was annoyed firstly with the noise DeChambeau was making in walking behind where Koepka was being interview by the Golf Channel, with Koepka showing his disapproval by rolling his eyes in disgust and muttering something under his breath.

Well, the incident has grown more than an extra leg since that second round of the PGA Championship to the extent that it’s still a talking point heading into this week’s 121st hosting of the U.S. Open on the opposite side of the nation.

Of course, one never has a fireside chat with the four-time major winning Koepka but he first addressed the on-going saga when asked if he may have been approached, as fellow US Open winners, about being grouped with DeChambeau for the opening two Torrey Pines rounds As it is, the USGA grouped Koepka with Collin Morikawa and Justin Thomas, each winners of the PGA Championship.

It seemed after that statement of sorts the matter was closed but alas, there was a second journalist who put a little ‘spin ‘ on the subject, asking Koepka if he thought there was a positive side to the saga and if it was helping ‘promote’ the game.

And Koepka’s response and his demeanour in delivering his answer to the question was in stark contrast to his earlier replies.

“I think it’s good for the game,” he said. “It’s bringing new eyeballs. Like I said last week, it’s pretty much been on every news channel. Pretty much everything you look at online, it’s got this in the headline, or it’s up there as a big news story.

There was no escaping the questions for those also asked to attend the pre-US Open press conference. Here’s a selection of player comments:

Jordan Spieth – “We’ve certainly talked about it like other people. So it’s chatter. I don’t know. I don’t really know how it all started. I don’t know where they’re at now. I don’t know the severity. I don’t think either one — they didn’t pair them this week and stuff like that, but I’m sure it will happen soon enough. Seems like people would be interested to watch that.”

“I think it’s fun. I think they’ve got a rivalry now, and I think it’s good for the game in the sense of rivals. I think they used to be rivals that became well-known. We don’t have that as much anymore. So I think they kind of being open and honest is good in a way because we know kind of what they think. I don’t know how many of them — I don’t know if they texted each other on the side and possibly went in agreement, let’s play this thing up for a player impact program. That was kind of one of my thoughts.

“It would be fun to see them fight it out in a tournament here coming up, head to head on Sunday.”