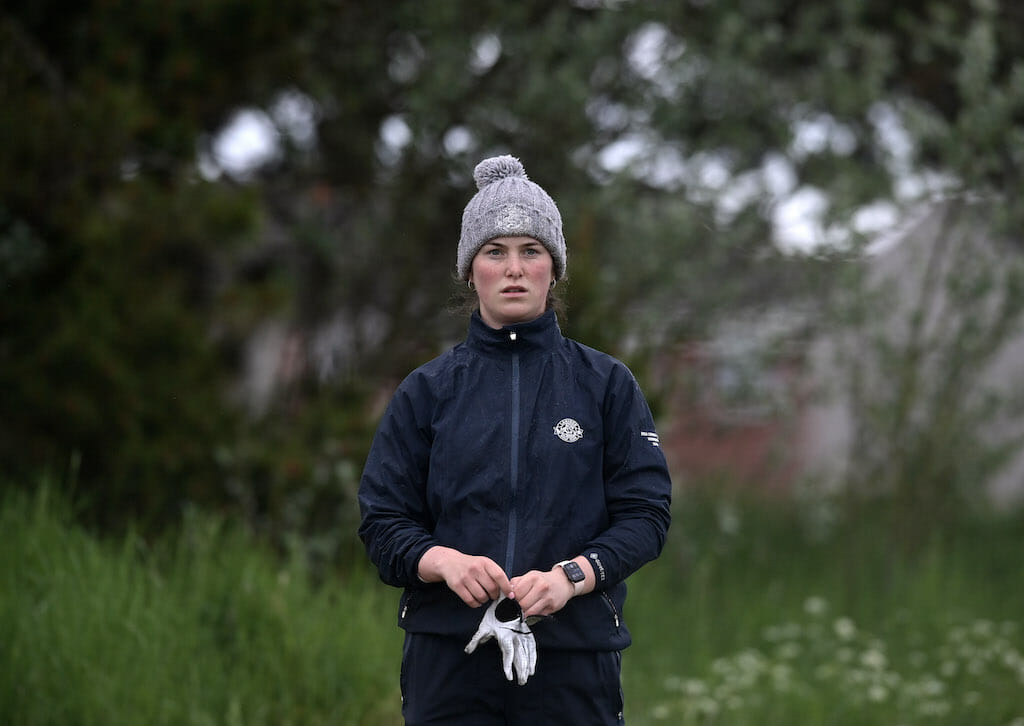 It was almost a clean-sweep for Ireland on the opening day of the match play section at The 118th Women’s Amateur Championship as six of seven Irish hopefuls advanced to round two at Kilmarnock (Barassie).

Lahinch’s Aine Donegan, who scraped into the knockout rounds after posting a 13-over tally in 36-holes of stroke play, knocked off top seed Ragnhildur Kristinsdóttir from Iceland 4&3 in the top match. Hitting her opening tee shot out of bounds, Donegan was a hole down early in the match, however, on the back nine, the momentum shifted back in favour of the Lahinch golfer who won the 11th, 12th and 13th holes on her way to recording an impressive victory.

That set the tone for a great day for Ireland’s girls with Kirkistown Castle’s Beth Coulter continuing her superb run with a tight 2&1 win over Scotland’s Megan Ashley. 17-year old Coulter had topped the Irish scoring charts having qualified in fourth place at three-under par in the stroke play and she didn’t disappoint in match play either as the talented teen looks to make a run in the knockouts.

Next up was Hermitage’s Kate Lanigan who coasted past Scotland’s Chloe Goadby 4&2 in round one. Clandeboye’s Rebekah Gardner recorded an even more impressive 5&4 victory over England’s Mia Eales-Smith before Canice Screen matched that winning tally with a 5&4 win over Scotland’s Jennifer Rankine.

Douglas’ Sara Byrne made it six from six for Ireland’s traveling contingent after another comfortable success for the Golf Ireland representatives, this time a 4&3 win over England’s Nicola Slater but perhaps the most surprising loss came from one of Ireland’s most experienced competitors as Lisburn’s Paula Grant, who works full-time around golf, fell 5&4 to Scotland’s Carmen Griffiths.

The match play stage continues on Thursday with each tie consisting of one round of 18 holes with the Final on Saturday played over 36 holes. The Irish have managed to avoid each other in the round two draw with Donegan first up on Thursday at 8am against Scotland’s Shannon McWilliam.

The 36 hole final round will be live broadcast on The R&A’s YouTube and Facebook accounts as well as on randa.org There are significant rewards for the champion with exemptions into the AIG Women’s Open and, traditionally, the US Women’s Open, The Evian Championship and Augusta National Women’s Amateur Championship.