Campbell and Ross head the field for Ulster Stroke Play 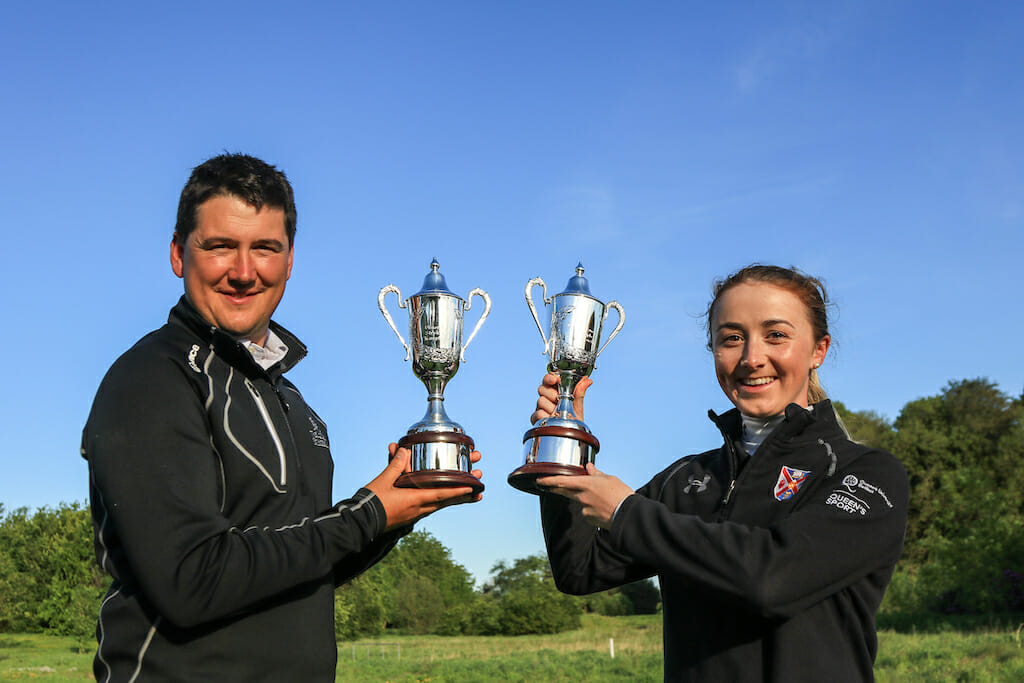 The ISPS HANDA Ulster Men’s and Women’s Stroke Play Championship on June 7th & 8th will fittingly be the first competitive event run by Golf Ireland since the new governing body came into existence in January of this year.

The field comprises of 81 male and female players who will compete not just for the Ulster Stroke Play titles but also for invitations to the ISPS HANDA World Invitational at Galgorm Castle and Massereene later this summer, co-sanctioned by the European Tour, Ladies European Tour and the LPGA Tour.

Royal County Down hosts the two-day event, which will be played over 54 holes. The event starts a busy period for the famous course, as it hosts the European Ladies Team Championships next month. 2019 Champions Colm Campbell and Jessica Ross will both look to defend the titles they won at the inaugural event in Galgorm Castle.

Speaking ahead of the event, Campbell is hoping to replicate the form that saw him win the title: “The 2019 event was the first time I was in contention for a long time, due to injury. The two-shot win wasn’t as straightforward as it looked, but I was delighted to win the title for the first time. We’re only back playing recently, so not many players will be going in with expectations, but it’ll be brilliant to be playing on a fantastic course.”

Ross strolled home to a 12-stroke victory in 2019, and she hopes to retain the title, and return to the ISPA Handa World Invitational: “The 2019 tournament was my first professional tournament. I never experienced anything like it and it was a brilliant event. It was brilliant to be involved in a joint event with the male players.”