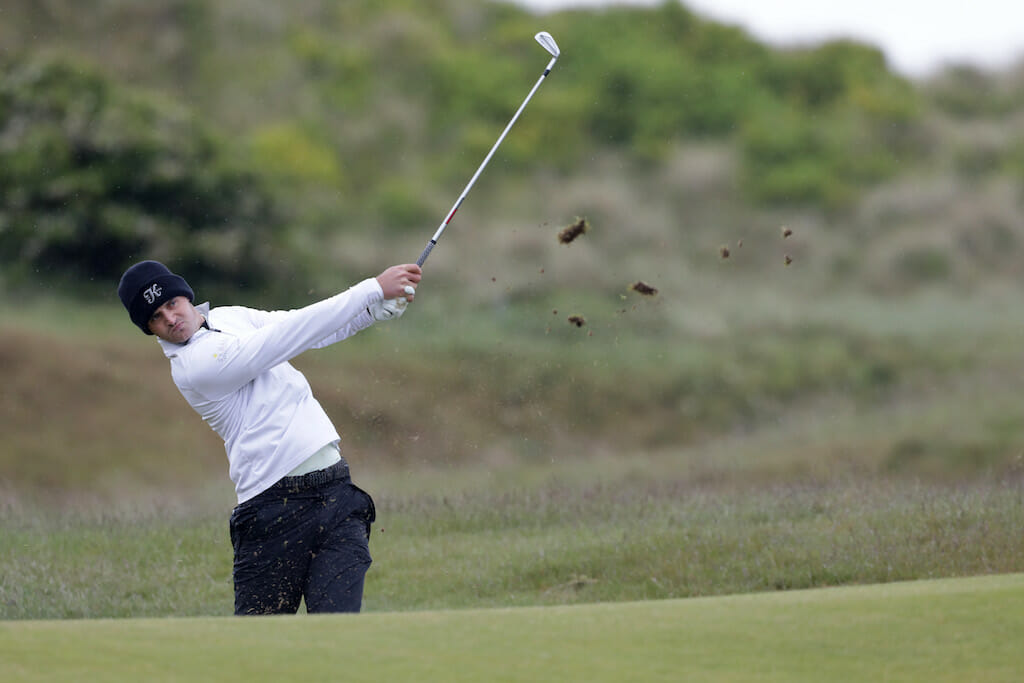 Naas professional Conor O’Rourke carded a one-under par opening 71 to sit just four shots off the lead after day one of the D+D REAL Czech Challenge.

The 29-year old posted four birdies and three bogeys to sit in a share of 39th place overnight as he looks to build on his top-50 finish at last week’s Irish Challenge in Dublin.

That was the best the Irish could manage on the opening day with Michael Hoey returning a rock-solid even par effort after enjoying a seventh place finish last week at Portmarnock Links.

The news wasn’t so good for Paul McBride and Robin Dawson who both struggled; McBride signing for a four-over 76 while Dawson carded two late birdies in a five-over 77. Both players now face a big ask to make the weekend cut.

At the top, Oliver Lindell earned a share of the first round lead after posting a five-under par 67 at Golf & Spa Resort Kunětická Hora. The Finn is joined by countryman Illari Saulo, South African Oliver Bekker and Spain’s Santiago Tarrio at the top of the leaderboard, with nine players a shot further back in a share of fifth place, including Irish Challenge runner-up Eduard Rousaud.

Lindell posted four birdies and a hole-out eagle on the par four third hole on his way to earning a share of top spot in the Czech Republic, a start which he hopes can turn his season around after a disappointing opening to the 2021 Road to Mallorca.

“I played really well on the front nine, but on the back nine I couldn’t really make any of my putts, but I am really happy with this start; I haven’t been playing too well this season,” he said. “This gives me a lot of hope.

“I didn’t hit it that well with the driver, the errors were much bigger on the front nine for me, so I couldn’t even try to reach those par fives and seemed to always be in the bunkers. I usually had to lay-up, but hopefully tomorrow I drive it better than I did today.”

The 22-year-old, who won the Finnish Championship in Hämeenlinna in 2016, believes he could have gone lower on the opening day in Dříteč, but knows where he needs to improve in order to build on his solid start.

“I really thought that I was going to go lower but I am happy with this after the first round,” he said. “I want to keep my game the same tomorrow, try to make my driving better and playing the par fives better.”