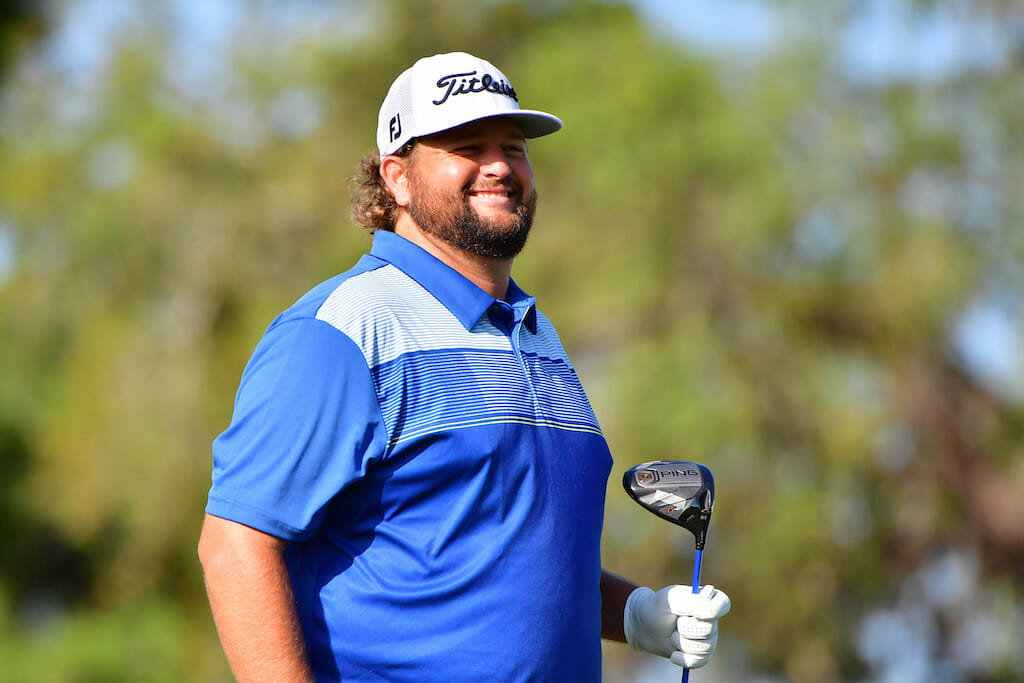 World number 2 Justin Thomas has had his fair share of bad press in 2021 but there could be no criticising the American after he chose to give back to PGA Tour hopeful Michael Visacki last week at Colonial.

Big man with a big heart, Visacki came to prominence after breaking down in tears as a successful Monday qualifier for the Valspar Championship which was one by Sam Burns last month. Visacki had long dreamed about one day teeing up on the PGA Tour and his Dad was the first person he phoned, an intensely emotional moment given his father had sacrificed so much to keep his son’s dream alive.

Although he missed the cut at three-over par, his story captured the hearts of the golfing public, including Mr. Schwab of last week’s Charles Schwab Challenge who phoned Visacki personally to invite him to Colonial.

Rounds of 77 and 72 saw the mini-tour regular again miss out on the weekend rounds but that’s not to say he would leave empty handed after Thomas, clearly impressed by Visacki’s golf and story during a practice round last Tuesday, saw it fit to reward his playing partner with a cheque to help prolong his golfing journey.

“I want to give you something from me to support what you are doing,” Thomas smiled. “Keep going man I am looking forward to playing with you some more. We will be in touch; we will see you down the road. Keep chasing.”

While “Big Mike” Visacki has fought to make ends meet all his life, he has never given up his dream of playing pro golf.

On Sunday, Justin Thomas cut a check out of his own pocket so Visacki could continue to pursue his career.

As you can see in the video, words couldn’t describe how much Visacki appreciated the gesture, and although it’s not known how much Thomas donated, in the world of mini-tour golf, a little can go a long way towards keeping a player on the road. Well done JT.