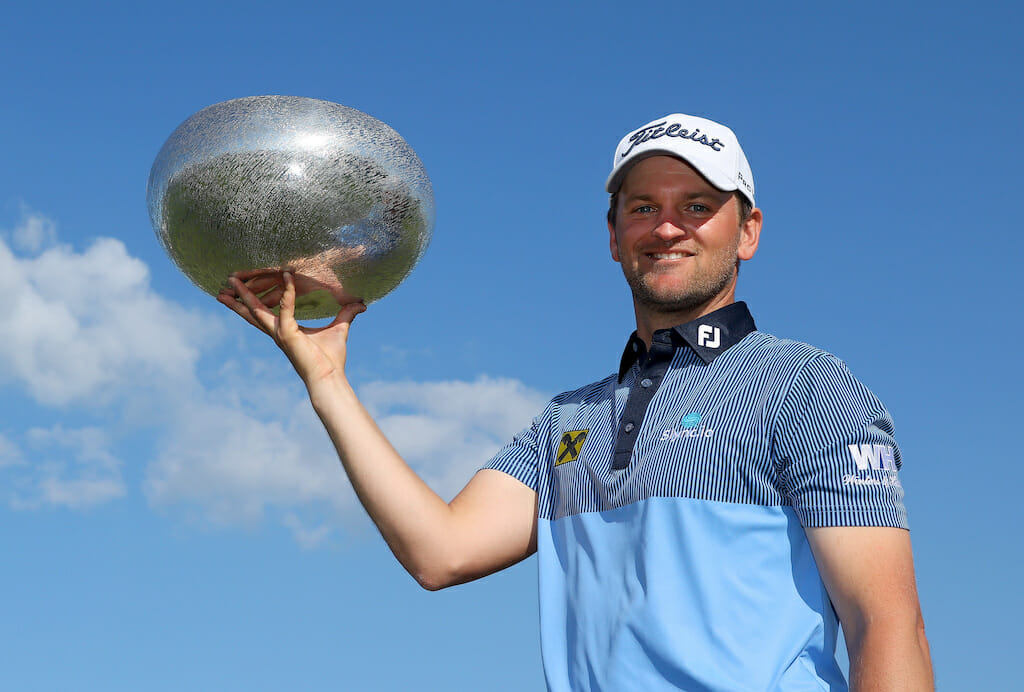 Jonathan Caldwell signed off on a solid week with an even par 71 as Austria’s Bernd Wiesberger defended his Made in HimmerLand presented by FREJA title in style as he cruised to a five shot win in Denmark.

Clandeboye professional Caldwell traded four birdies with four bogeys on Sunday for an eventual eight-under par four-round tally and a share of 31st. The 36-year old banks €11,550 for the effort but it was all about a man one-year Caldwell’s junior in Denmark as 35-year-old Wiesberger led after every round and having started the day with a one-shot advantage, dominated proceedings with eight birdies in a closing 64 to finish at 21 under and claim his eighth European Tour title.

“It’s unbelievable,” said Wiesberger. “I’ve said it all week, I really like it here, playing here is good for my confidence especially after a couple of tougher weeks so it’s a special place for me. Played really good golf. It brings out the best in me, I got it going when I needed to so really enjoyable.

“There’s a lot of golf to be played. First of all I really wanted to have a good week and start playing better golf again. This week really clicked for me, had a couple of good breaks on the way as well. Got to keep playing good golf but I would like to put my name in the vicinity of one of those spots. First things first I need to play some more tournaments like this week and it will sort itself out.”

Wiesberger’s triumph means nobody has won more than his four titles on the European Tour since the start of the 2019 season – he joins World Number One Dustin Johnson on that mark – and is likely to lift him back into the Official World Golf Ranking’s top 50.

“It’s an awesome week obviously,” he added. “I wasn’t really coming in on my best form missing the cut last week and not really performing to what I would like to. It was definitely a week where I felt like a chance to find something again and that’s what happened.

“I played steady golf, I had a really good mindset out there all week and it’s really enjoyable to put the foot down on the back nine and make a couple of birdies, it felt really nice. It’s just an enjoyable golf course for me and it feels like I can really score well and I think that got me over the line this week.”

Italy’s Guido Migliozzi shot a closing 63 to finish second on 16 under, with English pair Richard Bland and Jordan Smith sharing third with Australia’s Jason Scrivener on 15 under.